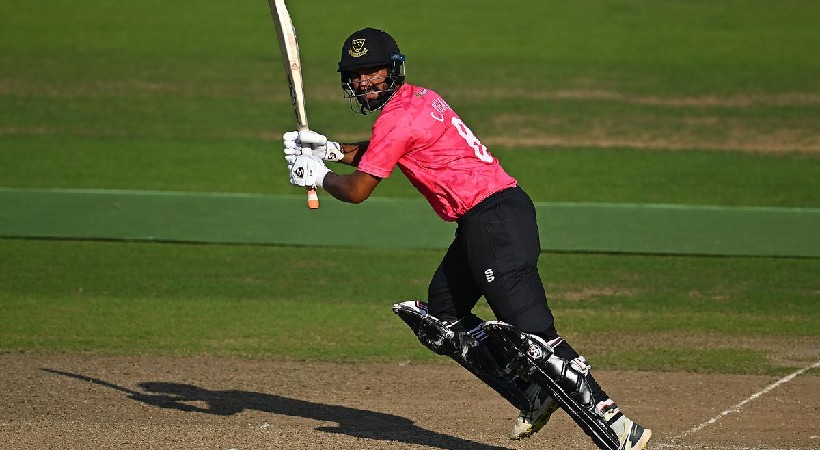 Indian star Cheteshwar Pujara followed up his impressive form in the county season in the Royal London One Day Cup. He played five matches for Sussex and scored two centuries and a fifty. In today’s match against Surrey, Pujara remained unbeaten at the crease after scoring 174 runs off 131 balls. (Pujara Royal London Cup)

Pujara played 8 matches for Sussex last county season and scored 1094 runs at an astonishing average of 109.40. Pujara achieved this feat in just 13 innings. Pujara was second in the list of players who scored the most runs in the season. Sam Northeast topped the list with 1127 runs from 19 innings for Glamorgan.

Read Also: Pujara with third double century of the season; Standing ovation for the Indian player at Lord’s

This impressive performance continues in the Pujara ODI Cup as well. Pujara managed to score only 9 runs in the first match against Nottinghamshire. Sussex lost the game by 65 runs. Pujara scored a fifty in the second match against Gloucestershire. The player faced 71 balls and got out with 63 runs. Sussex won the game by 51 runs. Sussex’s next match was against Leicestershire. Pujara scored 14 runs off 7 balls and remained unbeaten in the game. Sussex won the game by 8 wickets. Pujara’s master piece innings in the next match against Warwickshire. Pujara, who scored 107 runs from 79 balls, struggled to forget Kaimei but Sussex lost by 4 runs. Today against Surrey, Pujara’s game is another level. On the strength of an innings accompanied by 20 fours and five sixes, Sussex scored 378 runs for the loss of 6 wickets in the allotted 50 overs.

An Overwatch fan introduced a portrait of the characters using AI

The latest developments in Salman Rushdie’s health condition, according to his agent