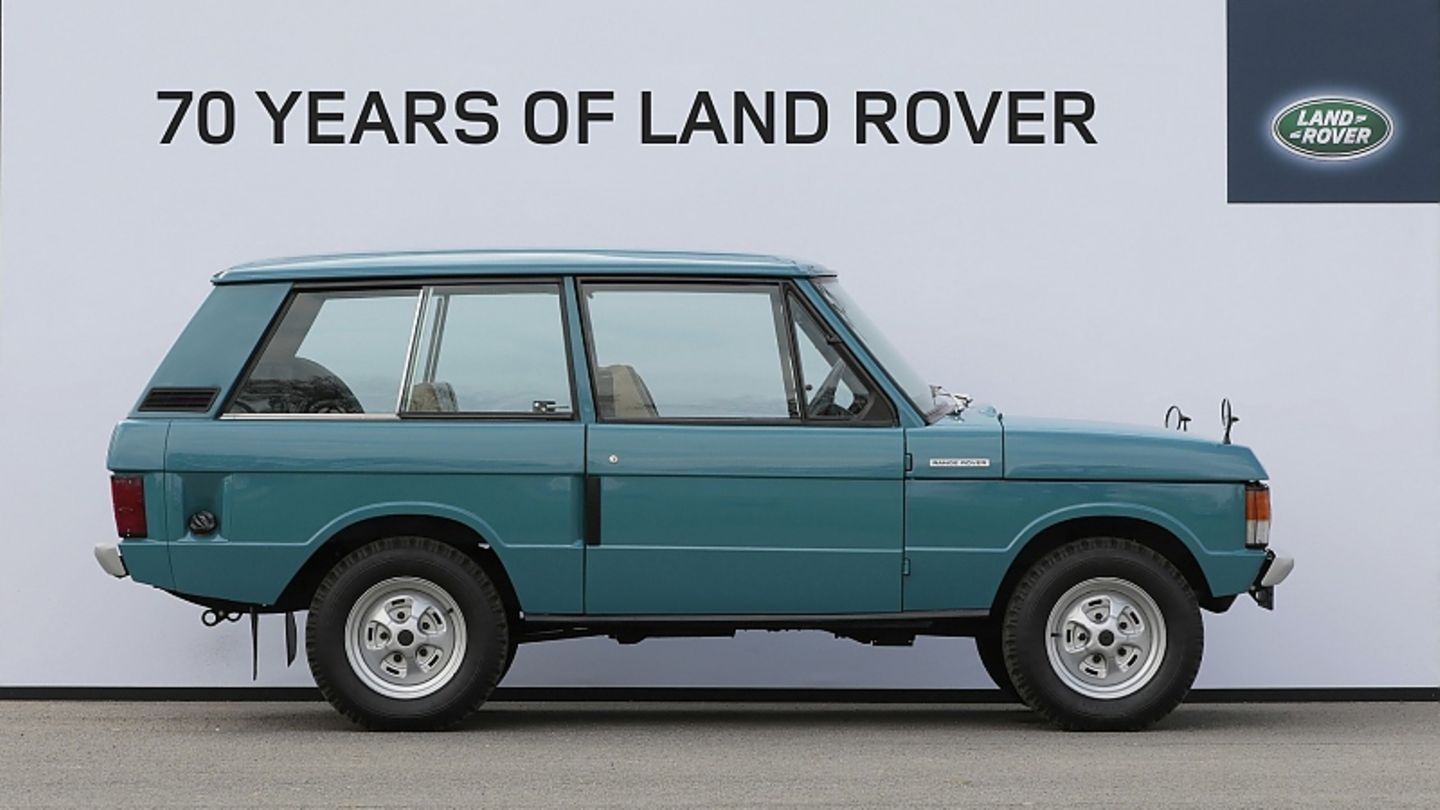 No off-road vehicle is more noble, none is cooler than the Range Rover. When no one at Bentley dreamed of a Bentayga and the Cullinan was nothing more than a large diamond, the British had been relying on imposing luxury off the beaten track for decades with the Range Rover. Finding a good classic on the used car market is not easy, however.

Of course, the Range Rover is not the only and, strictly speaking, not the first luxury SUV. On the other side of the Atlantic, with models such as the Jeep Wagoneer / Grand Wagoneer, a Chevrolet Blazer or the early Ford Bronco, the first luxury models for unpaved roads were available as early as the 1960s. But at least in Europe, the Range Rover was the first of its kind and is still an integral part of the luxury segment today. The Range Rover legend begins in the 1960s. Back then, Land Rover looked enviously at cars like the Jeep Grand Wagoneer or the Ford Bronco, which prove that off-road vehicles can be much more than just workhorses. The British want to have such a recreational device with 4×4. The engineers develop a new permanent all-wheel drive with a lockable center differential, borrow the 3.5 liter V8 engine from the Rover P6 and fit the technology into a robust ladder frame. The chassis with coil springs ensures good driving comfort on and off the roads.

The official go-ahead was given in 1970: the little automotive sensation is available from dealers for less than 2,000 pounds sterling. Since Rover was part of the British Leyland brand consortium, the quality of the cars was not exactly the best, but the durable Range Rover was still in great demand. Because the British were initially unable to meet the demand, the black market even flourished for the Range Rover. In 1972 the British Trans America Expedition drove from Alaska to Cape Horn, where the car demonstrated its enormous off-road capabilities. In 1974 the Range Rover crossed the Sahara from west to east – 12,000 kilometers in 100 days. The off-road vehicle is becoming a fashionable lifestyle SUV and workhorse in equal measure, and even the royal family enjoys it on their country holidays in Scotland. “Although Land Rover enjoyed the applause it received, for ten years hardly anything was done to develop it,” says Land Rover expert Mike Gould. There wasn’t even the money to launch a four-door version that many customers wanted. The Swiss coachbuilder Monteverdi produced such a vehicle with all sorts of options based on the International Scout II itself.

It was not until eleven years after its premiere that the British started building the four-door model under their own direction from 1981, including the luxurious “Vogue” special model. It is the real precursor to today’s Range Rover. The fashion magazine Vogue had held a photo shoot with the car in Biarritz, with beautiful people in chic clothes, which gave Land Rover the idea for its famous special models. Classic Vogue still exudes British country house charm today: Comfortable armchairs, lots of chic wood and all kinds of comfort extras pamper the passengers. The first generation of the Range Rover was built for almost 25 years and its appearance has hardly changed during this time. Almost 318,000 pieces were produced. The second generation did not come onto the market until 1994; in addition to a V8 engine, a BMW diesel was also available under the hood. The third generation started in 2001. The current model has an overstrained four-cylinder with electric assistance, a high-torque six-cylinder (diesel or gasoline) whose compression-ignition engine replaced the SD8 or a beefy V8 with supercharging and up to 565 hp.

When looking for a classic Range Rover for your own garage, the offers are not too diverse. The third generation developed by BMW is probably the cheapest way to move a Range Rover. The diesels are only an issue away from the city centers due to their poor pollutant classification – but a good choice here if the maintenance history is correct and it is not the rumbling six-cylinder diesel with weak 177 hp. Much better is the V8 TD, whose 3.6 liter common rail diesel developed 200 kW / 272 hp from the mid-2000s. Mostly with luxury equipment and a mileage of less than 150,000 kilometers, there are vehicles for less than 15,000 euros.

The maintenance history is the be-all and end-all, because the Range Rover Vogue V8 TDs are not without faults and faults when it comes to electronics, air suspension or the common rail system. A complete checkbook is therefore indispensable and you should not be blinded by the luxury equipment with air-conditioned leather chairs, rear entertainment or a noble special paint. Almost 400 hp supercharged versions from 2008/2009 are already available from 10,000 euros, but here the maintenance costs are even higher than with the diesel variants.

For those who can or want to do without the solid BMW technology and want to search in the entry-level segment, the optically not particularly popular second generation of the Range Rover from the years of construction 1996 or 2000 starts well under 10,000 euros. It is powered by a 4.6-liter engine that produces around 220 hp. Over the years, however, some models have been converted to an LPG gas system. However, the models are better, as they are as original as possible and do not have rust on the body. Here, too, it is important to take a close look at the service history, because the automatic transmission, all-wheel drive and electronics are solid, but if there is a defect, it becomes expensive. But the second generation also mostly offers luxury equipment with details such as auxiliary heating, electric leather seats or a sunroof. If you get a cheap, good model, you should only win money in the coming years.

This also applies to Generation I with the unmistakable original styling and the spherical front lights. The technology is not as complex as in the years that followed, but a model from the late 1980s has some technical problems and the gaps in the maintenance history rule out some snappers. Many models have been tinkered with diligently over the years and the topic of rust and electrics is a big one, regardless of whether it is 3.5 or 4.2 liter displacement. It may be worthwhile to look out for a model from Japan or the southern states of the USA, which are often in better condition, but sometimes have an indefinable maintenance history. Prices start at 15,000 euros and, depending on the condition, go up to over 50,000 euros. It costs a price to drive a legend.