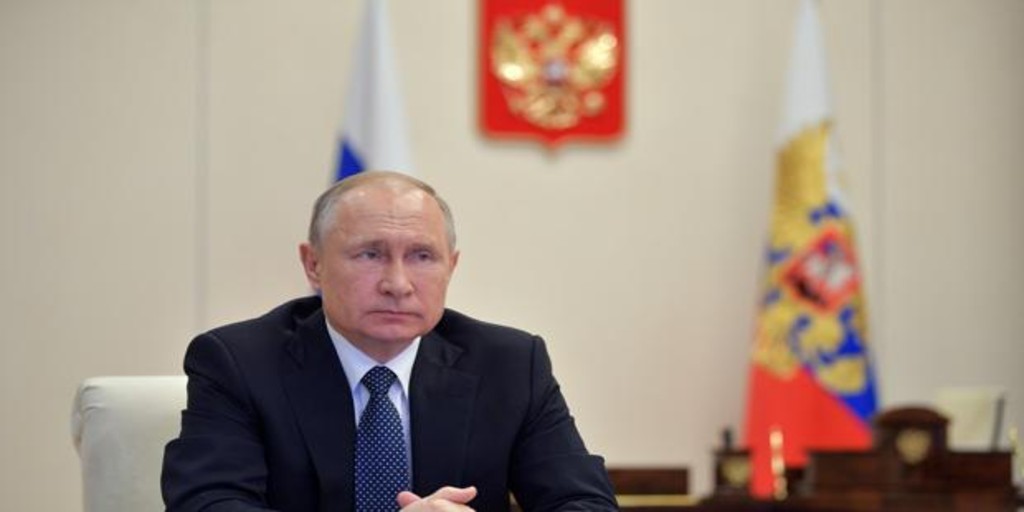 Russian President Vladimir Putin tried yesterday to inspire his fellow citizens by ensuring that the situation with the spread of Covid-19 in the country “is complicated, but not hopeless.” Putin held a new meeting by videoconference with members of the Government, which this time also included virologists and medical experts. In his words: “Russia will go through this difficult stage with minimal losses, if we act competently, orderly and disciplined.”

According to the data provided today, in the last 24 hours in Russia 1,175 new cases of coronavirus have been detected, 21 more than the previous day, bringing the total to 8,672 infected. The death toll now rises to 63. In Moscow, the territorial entity most affected by the pandemic in all of Russia, 660 new infected have been registered since yesterday, giving a total of 5,841. In the Russian capital the death toll reaches 31.

On March 26, the top Russian leader said that it would be possible to defeat the coronavirus in less than two or three months. However, on April 1, he recognized that the spread of Covid-19 in Russia was sharpening and, the next day, extended non-working days until April 30 inclusive. “We are carefully monitoring the situation and taking into account the positive and negative experiences of other countries,” Putin said yesterday before the participants in the videoconference. He also underlined the fact that “we have not yet reached the peak of the epidemic and it is very important now to avoid mistakes made by others.”

In the opinion of the head of the Kremlin, the opinion of the experts is essential “to determine whether the number of days with closed companies can be reduced” and the total confinement decreed in most regions of the country, starting with Moscow, which was the first to introduce the measure on March 29.

Putin was also interested in the progress of the investigations to find a vaccine. “I know that our industry institutions along with virologist scientists, pharmacists and doctors work on a special prophylaxis system, including the creation of a vaccine and effective treatment methods,” he said.

During the meeting, the director of the scientific center “Vector” in Novosibirsk, Rinat Maksiútov, announced that three different vaccines will start to be tested on 180 volunteers starting in June. There are also another 120 people, he assured, who also want to participate in the experiment and will remain in reserve for the moment. However, the director of the Federal Agency for Medicine and Biology, Veronica Skvortsova, has pointed out that the vaccine will not be available to users until at least the end of the year.

Putin chaired the meeting by videoconference from his residence in Novo-Ogariovo, on the outskirts of Moscow, where he has been confined since the beginning of the month and from where he leads the country and the entire operation to fight the coronavirus and its economic and social consequences. He has taken such precautions after a case of Covid-19 occurred in the Kremlin Administration, suspicions arose regarding the spokesman, Dmitri Peskov, who attended a party with people who tested positive, and, above all , after meeting with Denís Protsenko, director of the main Russian health center for the fight against coronavirus, the hospital on the Moscow periphery of Kommunarka, who also turned out to be infected. That meeting took place precisely in Kommunarka.

According to Peskov, all people who are currently in direct contact with Putin have previously undergone a coronavirus test. The president himself, said his spokesman, “is also regularly undergoing tests to detect the virus when doctors deem it appropriate.” “All precautionary measures are being taken,” he added in telephone statements to the Russian media. .

Carlos Purroy, the former soccer player who succeeds as a sculptor