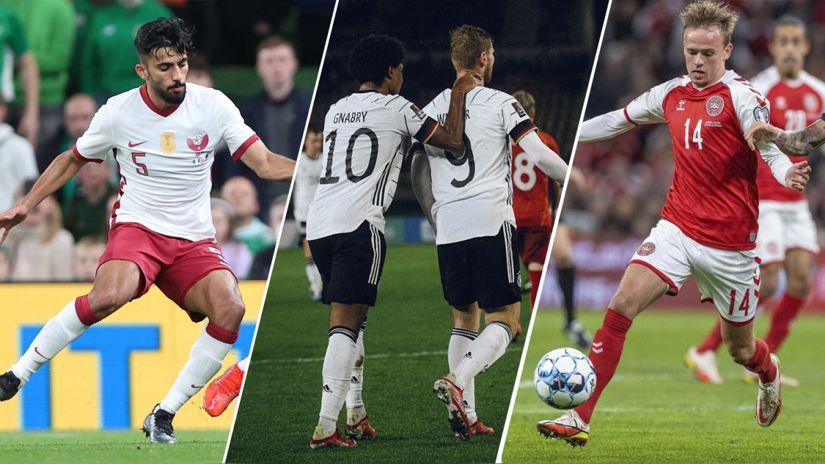 There are just over 13 months to live again the greatest football festival: the world Cup. The next edition of the World Cup will be held in Qatar, between November 21 and December 18, 2022.

So far, eight stadiums in five cities are known to host the 64 matches: Al Wakrah, Doha, Rayán, Jor and Lusail.

Below, meet the teams that have already secured their pass to Qatar 2022:

1. Qatar. As in previous editions, the host teams are automatically guaranteed qualification. His most recent achievements include winning the 2019 Asian Cup and third place in the 2021 Concacaf Gold Cup. This will be his World Cup debut.

2. Germany. He got his pass on October 11, 2021, 406 days before the start of the World Cup. The four-time world champion was the first team to qualify, excluding the host country, after beating North Macedonia 4-0 in Skopje. Germany they won seven of their eight games (the other tied) and took eight points ahead of second place in group J (Romania, at the time of their qualification). Of all the World Cups that have been held, only did not participate in two: the first, in 1930, and the one in 1950 (it was excluded by the Second World War).

Elmer Huerta will have a doctor’s handwriting but he speaks to you in simple terms. Through this podcast, Dr. Huerta, RPP’s medical advisor, addresses current medical and scientific issues in a simple way. With a friendly and easy-to-understand language, but above all with the professional support that experience in the field of medicine gives him, he will become your family doctor.