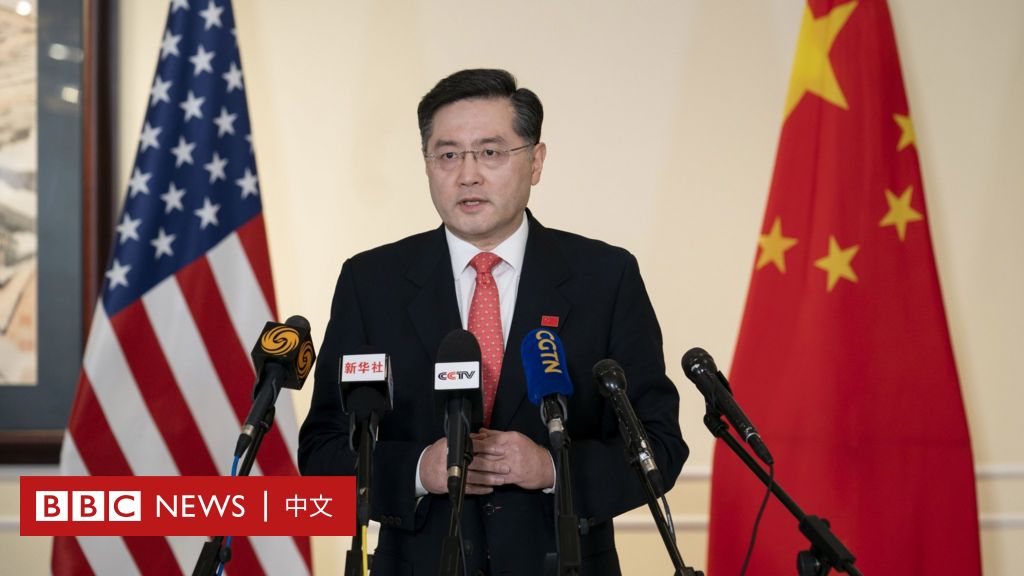 Chinese officials confirmed that Qin Gang, the former Vice Foreign Minister of China, has arrived in New York and will succeed Cui Tiankai as China’s ambassador to the United States.

Qin Gang, 55, was in charge of news and protocol affairs at the Chinese Ministry of Foreign Affairs. He has repeatedly responded sharply to foreign journalists’ doubts about China. He is also regarded as a right-hand man of Chinese President Xi Jinping.

The relationship between the United States and China is currently at its lowest point in decades, making the candidate for ambassador a lot of attention. The day before Qin Gang’s departure, US Deputy Secretary of State Wendy Sherman visited Tianjin and held talks with Chinese Foreign Minister Wang Yi, but the two sides reiterated their current positions and did not achieve concrete results.

Cui Tiankai ended his eight-year tenure in Washington last month. At the age of 68, he is China’s longest-term ambassador to the United States and has exceeded his retirement age. He is considered an experienced and respected figure in both Beijing and Washington.

Arrived in the U.S.

Chinese Foreign Ministry spokesperson Hua Chunying also confirmed on her personal Twitter account early on Thursday (July 29) that Qin Gang had set off for his post and wished him a “safe and smooth journey.”

“The door to Sino-US relations has been opened, and it will not be closed… A healthy and stable development of Sino-US relations is the common expectation of the people of the two countries and the international community,” he said in English.

He also said that China and the United States have different cultures and systems, and now they have entered a “new round of mutual discovery, cognition, and adjustment.” The two countries are seeking ways to get along with each other in a new era. He also quoted Xi Jinping and US President Joe Biden respectively, emphasizing that any difficulty can be resolved.

One detail that the outside world has paid attention to is that compared with other diplomatic appointments in China, Qin Gang’s visit to the United States appears quite low-key. Until his arrival in the United States, the Chinese official media did not follow the usual practice to publish reports about his appointment.

In April of this year, the news that Qin Gang would serve as China’s ambassador to the United States was first disclosed by the Wall Street Journal, but Chinese officials have never confirmed it. At the press conference of the Ministry of Foreign Affairs on Tuesday (July 27), when asked about relevant questions, spokesman Zhao Lijian said: “We will announce relevant news in due course.”

At the same time as arriving in the United States, Qin Gang registered a Twitter account. He said in a tweet that he would self-quarantine in his residence for 14 days and start working as soon as possible.

Who is Qin Gang?

Qin Gang is an experienced diplomat who has served in the Chinese diplomatic system for more than 30 years. According to public information from the Chinese Ministry of Foreign Affairs, he has been stationed in London three times, serving as counsellor and minister in the Chinese Embassy in the UK.

His well-known experience is that he served as the spokesperson of the Ministry of Foreign Affairs twice in 2005 and 2011, during which he was responsible for presiding over routine press conferences. He was one of the first diplomats to make sharp remarks to defend China, and he often debated with reporters at press conferences.

In 2007, when he responded to the issue of the “Human Rights Record of the United States in 2006” published by the State Council of China in 2007, he expressed his hope to present a “gift” to the United States-the Confucian classic “Four Books and Five Classics”. He said that he hoped that the United States would learn from Confucius’ thoughts of “righteousness, self-cultivation, harmony in the family, governance of the country, and peace in the world.”

At a press conference in 2009, when Qin Gang was asked by a BBC reporter about media reports that the Chinese authorities required computers produced and sold in China to be pre-installed with green Internet filtering software, he suddenly asked the reporter, “Do you have children?”

“If you have children, or will have children in the future, I think you can understand the concerns and concerns of parents about the spread of harmful information on the Internet,” he said.

In 2008, at a press conference of the Ministry of Foreign Affairs, when asked about the release of a new album by the band “Guns N’Roses” called “Chinese Democracy”, Qin Gang dismissed it.

“As far as I know, many people don’t like this kind of music because it is too noisy and too noisy.” Then, he unexpectedly said to the reporter, “I think you should be a mature adult, right?”

In 2015, he became the Director of the Protocol Department, responsible for China’s foreign activities and ceremonies. In 2018, he was promoted to be the youngest Deputy Foreign Minister at the time, in charge of European affairs, news, and protocol affairs.

However, unlike previous Chinese ambassadors to the U.S. since the 1980s, Qin Gang has no experience in dealing with the U.S., nor has he been stationed in the U.S., although before joining the Chinese Ministry of Foreign Affairs in 1992, he worked at UPI in Beijing. The bureau serves as a news assistant. The Chinese media “The Paper” claimed that this may make Qin Gang “familiar with the laws of foreign media operations.”

Is he a “War Wolf” diplomat?

As the ambassador to the United States, Qin Gang’s predecessor, Cui Tiankai, did not have much of the “wolf war” words and deeds that have prevailed in China’s diplomatic circles in recent years. He is regarded as a gentler representative of diplomats.

In an interview with US media last year, Cui Tiankai stated that it was the work of scientists, not diplomats, to reveal the source of the new crown virus. This was considered euphemistically with the spokesperson of the Chinese Ministry of Foreign Affairs who was actively spreading the virus originating from the conspiracy theory of American laboratories at the time. Zhao Lijian kept his distance.

This has made the outside world concerned about whether Qin Gang’s appointment to the United States will change the tone of Cui Tiankai before, and aggravate the already obvious differences between China and the United States on the traceability of the new crown virus and other issues.

In particular, at a briefing held by the Ministry of Foreign Affairs in February this year, when asked about “wolf war diplomacy,” Qin Gang once said: “If we look at the current countries and people’s actions against China. The groundless and bottomless slander and slander, I’m afraid they can’t be described as “War Wolf”, it is simply “evil wolf”.”

Li Mingjiang, associate professor of international relations at the S. Rajaratnam School of International Studies in Singapore, believes that Qin Gang may appear tougher than Cui Tiankai when dealing with the United States.

“But given that Sino-US relations are now largely constrained by structural factors, such as domestic pressure and strategic competition, what an ambassador can do to influence the relationship between the two countries is limited,” he told Reuters.

Ryan Hass, a senior fellow at the Brookings Institution, told the New York Times that during Xi Jinping’s 2015 visit to the United States, Qin Gang “will not hesitate to irritate others when he feels it is necessary.” He Ruien was the head of China affairs at the National Security Council.

“Qin Gang is very concerned about how leaders are described and the image they convey through public appearances,” He Ruien said. “This was especially true during Xi Jinping’s state visit to the White House.”

Qin Gang has always been regarded by the outside world as a very trusted assistant of Xi Jinping, and has accompanied Xi Jinping on many foreign visits. In 2016, Qin Gang helped Xi Jinping prepare for the G20 summit in Hangzhou. According to the participants of the summit, recalled to the Wall Street Journal, Xi Jinping, who was embarking on home diplomacy, once turned around and asked Qin Gang half-jokingly whether he could take a break during the spinning schedule, which caused a lot of laughter and eased the atmosphere.

However, compared to Chinese “wolf war” diplomats such as Zhao Lijian and Lu Shaye who often use provocative remarks to initiate attacks, Qin Gang is seen as being more cautious and measured in his speeches, and more moderate outside of serious political issues. He rarely speaks on controversial issues such as the traceability of the new crown virus.

During the administration of former US President Donald Trump, Sino-US relations deteriorated sharply. The two countries have exchanged fires over multiple issues such as the origin of the new crown virus and human rights in Hong Kong and Xinjiang. After Biden took office, the relationship between the two countries did not improve as some observers expected.

The contest between the two countries is everywhere. US Secretary of State Antony Blinken met in New Delhi on Wednesday (July 28) with representatives of the Dalai Lama, the Tibetan spiritual leader in exile who is regarded as a separatist by Beijing. At the same time, Chinese Foreign Minister Wang Yi met in a high-profile manner with representatives of the Afghan Taliban who had aggressively attacked the city after the U.S. withdrawal.

According to previous reports from many US media, Washington plans to appoint Nicholas Burns, former US representative to NATO, as its ambassador to China.