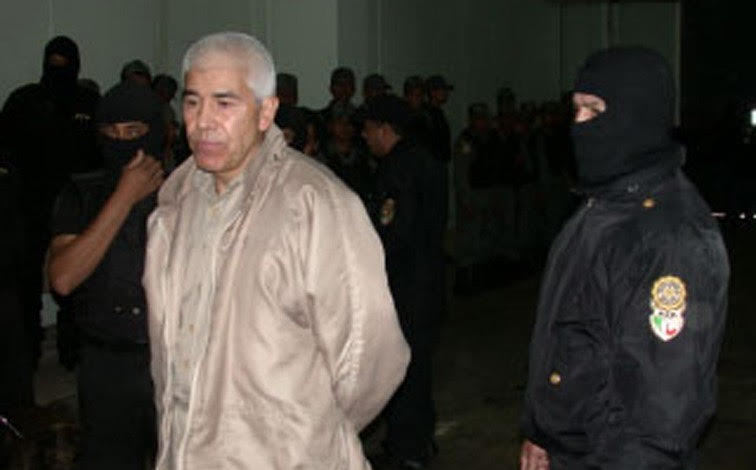 Despite the fact that the United States still designates it as one of the Sinaloa cartel operators with great power and having active businesses in various parts of Mexico through names, in addition to laundering money, the drug trafficker assured this week that he no longer has financial resources.

Before the First Collegiate Court in Criminal Matters of Mexico City, the capo alleged “insolvency” and said he was over 60 years old, in addition to not even being retired or retired.

“And as a notorious fact, he claims to be removed from the action of justice, which prevents him,” he says, “from working or carrying out any activity for which he can acquire economic resources,” details a document presented by his lawyers.

The above is in addition to the request that he made to the Federal Court to postpone the discussion that will define whether or not he should be extradited to the United States, and that a magistrate be declared unable to participate in the deliberation of the case.

For 35 years Caro Quintero has evaded US justice seeking to prosecute him for the murder of DEA agent Enrique Camarena Salazar, a crime committed in 1985.

But the question that remains open is what happened to his fortune. Caro Quintero was probably the first Mexican drug trafficker to reach a fortune of several hundred million dollars, money with which he acquired properties throughout the country and even in Central America and that allowed him to weave a network of complicities that escalated to the highest echelons of the Mexican government.

See Also:  August 17 at 11 am 'What to vote for in Riga?' - The Latvian Russian Union will answer

To gauge Caro Quintero’s type of fortune, it is worth remembering the size of the seizure of marijuana at his ranch, El Búfalo, recently brought to the screen in the Netflix series Narcos. The seizure, carried out in 1984, caused him to lose speck valued at more than 3.5 billion dollars.

In 1984, Mexico’s external debt amounted to 14 billion dollars, according to the World Bank; Perhaps Caro Quintero could not have paid it, but boy, would he have reduced it.

Be that as it may, for Washington, Caro Quintero is far from being the poor old man he alleged this week. Just last year, the New York Eastern District Attorney’s Office detailed that the capo possessed eight properties in Mexico, including mansions, warehouses and ranches.

For this reason, he filed a lawsuit to seize the properties he allegedly bought with profits from drug trafficking.

Currently Caro Quintero, now 67, is on the run after having been irregularly released by a judge in 2013, when he was serving a 40-year prison sentence, of which he had paid 28.