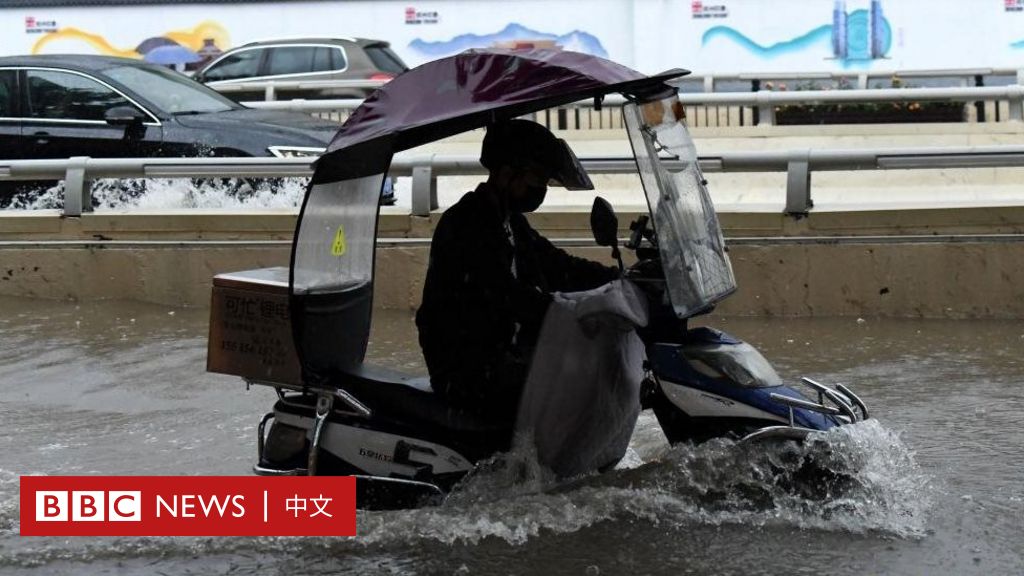 After a few days of heavy rains in Henan, a province in central China, there was another extreme rain on July 20.

The Zhengzhou Municipal Government said that Zhengzhou encountered heavy precipitation that was “unseen in a century.”

At present, the water levels of many rivers and reservoirs in Henan have soared, exceeding the flood limit; the livelihoods of many major cities and towns, including the provincial capital Zhengzhou, have been severely impacted.

How serious is the threat of floods?

How great is the threat of floods caused by the extreme rainfall that “breaks through historical extremes”? This is also evident from the continuous escalation of the official flood prevention emergency response.

Since July 17, Henan has experienced continuous heavy rainfall, ranging from torrential rains, heavy rains to extremely heavy rains. The rainfall is increasing day by day, and the level of the emergency response mechanism launched by the local authorities has also been continuously rising, reaching the highest level in just a few days.

Take the provincial capital Zhengzhou as an example. Zhengzhou City Flood Control and Drought Relief Headquarters issued an emergency notice on Tuesday, stating that the current flood control and disaster relief situation is “very severe”, and it has decided to upgrade the flood control emergency response to level one from 17:00 today.

According to official Chinese information, flood disaster events can be divided into four general levels according to their severity and scope of impact, with the first level being the most serious.

In August 2020, a once-in-a-hundred-year flood has occurred in the Ya’an city section of the Qingyi River in Sichuan, and a first-level flood control emergency response has been initiated. That was the first level of response in Sichuan since records began.

What does the primary mechanism mean?

Normally, the first-level mechanism will be activated only when the flood disaster is particularly severe. According to the “Emergency Plan for Flood Prevention in Henan Province” officially released by China, the first-level response mainly deals with the following situations:

Reuters reported on the 20th that the water level of at least 31 large and medium-sized reservoirs in Henan has exceeded the warning line.

Whether and when to release the flood has become one of the focus topics of local media and public reports and discussions.

The weather forecast issued by China said that from July 20 to 21, there will still be heavy rains, local heavy rains, and extremely heavy rains north of the Yellow River in Henan Province and Zhengzhou, Luoyang, Kaifeng, Pingdingshan and other places.

The initiation of the first-level response means that the local government can declare that the area has entered an emergency flood control period in accordance with the law.

The voice of the public: “Urgent attention and rescue are needed”

The floods caused water accumulation and disconnection of roads in many cities and towns in Henan; bus, railway and civil aviation passenger transport was delayed and suspended; the UNESCO World Heritage Site “Longmen Grottoes” was in emergency; Shaolin Temple was forced to close;

At 6 o’clock on the 20th local time, an explosion occurred in Dengfeng Dengfeng Group Aluminum Alloy Co., Ltd. According to reports, the flood spread to the explosion of the high-temperature solution in the alloy tank in the factory area.

The extreme rainfall in Henan has brought a huge shock wave to China’s Internet. On Sina Weibo, as of the time of writing, #河南什么为全国强雨中心# has more than 100 million hits and more than 100,000 discussions.

At the same time, many netizens are calling for urgent attention and help.

The Weibo signed by Chen Gunuo said that the WeChat group in the circle of friends has gradually changed from ridicule in the morning to silence, panic, fear, and prayer! I hope you will pay more attention to Zhengzhou, which is robbing time with disasters. Entertainment gossip news will be released first!

The netizen who signed KNice summed it up in one sentence: “This time may be the biggest disaster for me in Zhengzhou.”

Henan is located in the Central Plains, with four major river systems, the Yellow River, Huaihe River, Weihe River and Hanshui River, of which the Huaihe River Basin accounts for 53%.

Historically, Henan has experienced a major flood known as the “75·8 Flood” in history.

In August 1975, a super typhoon brought heavy rain to Henan, which broke the record of the highest rainfall in China and the world at that time, triggering a major flood in the upper reaches of the Huai River;

A small reservoir began to collapse on August 6. In the early morning of August 8, two large reservoirs, nearly 60 small and medium-sized reservoirs collapsed in just a few hours.