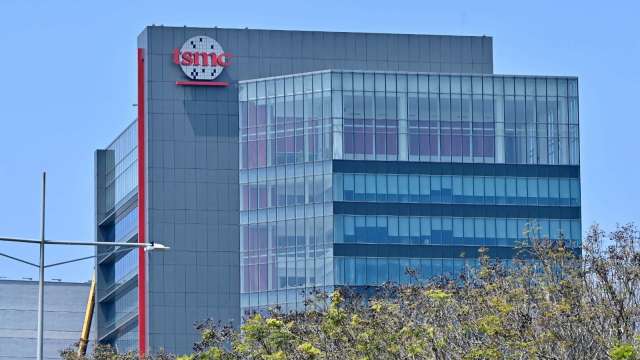 Foundry leader TSMC (2330-TW) Today (15) held an online legal meeting. Despite the double rate quarterly reduction in the first quarter, the net profit per share of 5.39 yuan is still the second highest in history. In addition, the annual growth target, capital expenditure, and automotive chips are out of stock. Issues such as mature manufacturing processes are the focus of attention. “Juheng.com” sorted out the nine key points of this time, so that readers can understand them in one article.

Earning 5.39 yuan per share in the first quarter is the second highest in history

Huang Renzhao pointed out that the second-quarter financial estimates have already covered the impact of the power jump incident that occurred in the Nanke plant on the 14th. Thanks to efficient computing, continued strong demand for vehicles, and the slightly easing of smart seasonal effects, production capacity continues to be tight. However, the gross profit margin declined from the previous quarter due to factors such as 5nm mass production and full capacity, which led to the inability to further optimize costs.

This year’s foundry production value is estimated to increase by 16% TSMCU.S. dollarRevenue growth by 20%

Wei Zhejia predicts that the output value of the semiconductor industry (excluding memory) will grow by 12% this year, and the foundry output value is estimated to grow by 16%. TSMC’s advanced process technology maintains its leading position in the industry, and 5G mobile phones, efficient computing, automotive, and Internet of Things The momentum of other platforms is strong, and the demand for advanced processes is booming, which will be better than the industry average. It is estimated that this yearU.S. dollarRevenue will grow by 20%.

Mature process continues to be out of stock, new production capacity will be launched in 2023

Wei Zhejia pointed out that TSMC is witnessing a structural increase in potential demand for semiconductors. The general trend from 5G and HPC related applications will drive strong demand for advanced processes in the next few years. However, due to the impact of the COVID-19 epidemic and the uncertainty caused by geopolitical tensions, the supply chain has caused short-term imbalances in order to ensure its supply stability.

See Also:  The big run on the private schools

Wei Zhejia expects that semiconductor demand will continue to remain high-end, and will face shortages throughout this year, and capacity shortages may even extend to next year.

Automotive chips out of stock Q3 will be greatly improved

Regarding the shortage of automotive chips, Wei Zhejia said that the automotive industry supply chain only began to see signs of recovery in the fourth quarter of last year. Since January this year, it has been cooperating with other customers to dynamically adjust and reallocate wafer production capacity to support global automobiles. The industry, however, was unexpectedly affected by the Texas blizzard and Japan’s Renesas Electronics production interruption, which further worsened the shortage of automotive chips.

However, Wei Zhejia expects that with the increase in productivity, the shortage of automotive semiconductor components for customers will greatly improve in the next quarter.

Water shortage in Taiwan does not affect operations

Foreign capital is concerned about domestic water shortages. Wei Zhejia said that Taiwan’s rainfall last year caused tight water conditions. Through the current water-saving measures and in line with the government’s water restriction plan, TSMC has prepared plans for different water restriction stages and will continue to cooperate with the government and the government. Private companies work together on water conservation and development of water resources. With TSMC’s comprehensive enterprise risk management system, it is expected that water shortages will not have any material impact on operations.

See Also:  US calls for independent inquiry into AfDB president

Regarding the progress of the new plant in Arizona, Wei Zhejia said that construction will begin this year. In the future, factors such as market demand and production efficiency will be taken into consideration to determine the next phase of expansion plan. As for the new plant expansion plan, he responded, and it has not yet been announced. Plant expansion plans in other regions emphasized that Taiwan is still the main manufacturing center, and production capacity will still be concentrated in Taiwan.

Intel launched the IDM 2.0 strategic plan, in addition to continuing to promote advanced process technology, it will once again step into the foundry business, casting a shocking bomb for the market. Regarding foreign investment questions, Wei Zhejia only said that Intel is an important customer and will support customer needs. At the same time, he emphasized that he has seen the continuous growth of the demand for outsourcing IDM factories and does not believe that IDM factory expansion will lead to overcapacity in the market, because the technology is still The most important link is that TSMC has a leading position in technology, attracting customers to film, and working closely with customers.