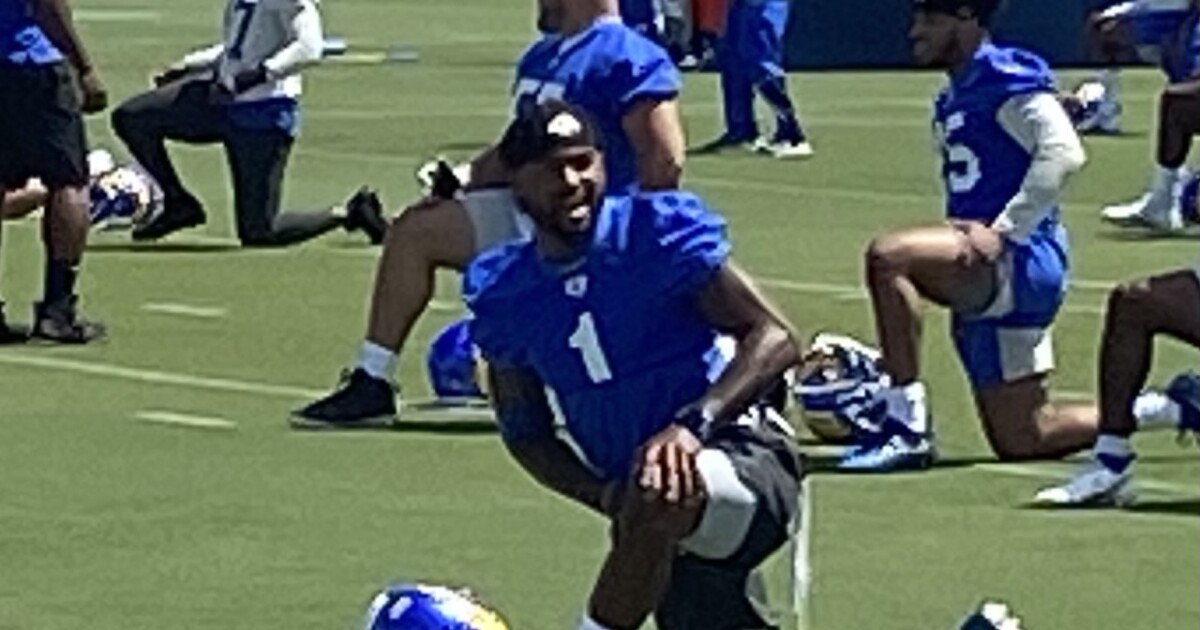 It’s not that complicated, according to DeSean Jackson.

Jackson has been one of the NFL’s top deep-ball threats since he came to the league in 2008. Stafford, a 13-year-old professional, has one of the strongest arms in the league.

Jackson said Tuesday that establishing a connection and synchronization ultimately comes down to communicating and understanding what each player does best. The instructions for both are seemingly straightforward.

“You’re still cool and you just throw the ball, and I’m going to keep being cool and I’m just going to run ahead of everyone and use my speed,” Jackson said, laughing, during a video conference with reporters. “I think that’s the good thing about us, we are going to be marked and continually learn the plays, and once the season starts, we will be in shape.”

The 34-year-old Jackson is seen as the deep threat who can help coach Sean McVay return the Rams offense to its high-powered form from the 2018 season, when the Rams advanced to the Super Bowl.

The offense lacked deep threat last season, when the Rams lost in the divisional round of the NFC playoffs. In January, general manager Les Snead traded quarterback Jared Goff and two first-round draft picks to the Detroit Lions for Stafford. He then signed Jackson, the former Long Beach Poly High star who played in a McVay-designed offense in Washington during the 2014-2016 seasons.

Jackson said McVay was smart when he was offensive coordinator in Washington, and that he has increased his intelligence level since then. The Rams’ offense is similar in many ways to what Jackson ran in Washington – but also different.

“He’s always adding twists and schemes to his offense to catch defenses off guard,” Jackson said of McVay. “So I’m still going through it, trying to gather all the information and keep learning, but it’s been a great process working with the new players on the team and I’m just having a lot of fun doing it.

Following his stint in Washington, Jackson played two seasons for the Tampa Bay Buccaneers and two injury-plagued seasons with the Philadelphia Eagles, before the Rams signed him to a one-year contract that includes $ 2.75 million in guarantees, according to overthecap. com.

Some of the play calls have changed since he last coached Jackson, but McVay said the receiver’s transition has been smooth.

The receivers, along with tight end Tyler Higbee and running back Cam Akers and others, should provide Stafford with multiple tools.

“It’s definitely going to be a scary bunch for defenders and defenders,” Jackson said, “because Sean McVay is going to find a way to open up the players.”

Jackson, a three-time Pro Bowl selection, has amassed 612 receptions, 56 for touchdowns, while averaging 17.4 yards per reception. He acknowledged that statistics and accolades were important to his younger self, but after watching teams like the New England Patriots and the Pittsburgh Steelers compete annually and win titles with widely proven systems, he wants a championship.

“I’ve accomplished a lot of great things in my career,” he said, “but I haven’t lifted that trophy.”

Jackson was limited to eight games in the past two seasons due to injuries to his abdomen, hamstrings and ankle. He appeared to be practicing smoothly on Tuesday and said he would pass the time between the end of minicamp on Thursday and the start of training camp in late July preparing his body for what will be the first 17-game NFL season.