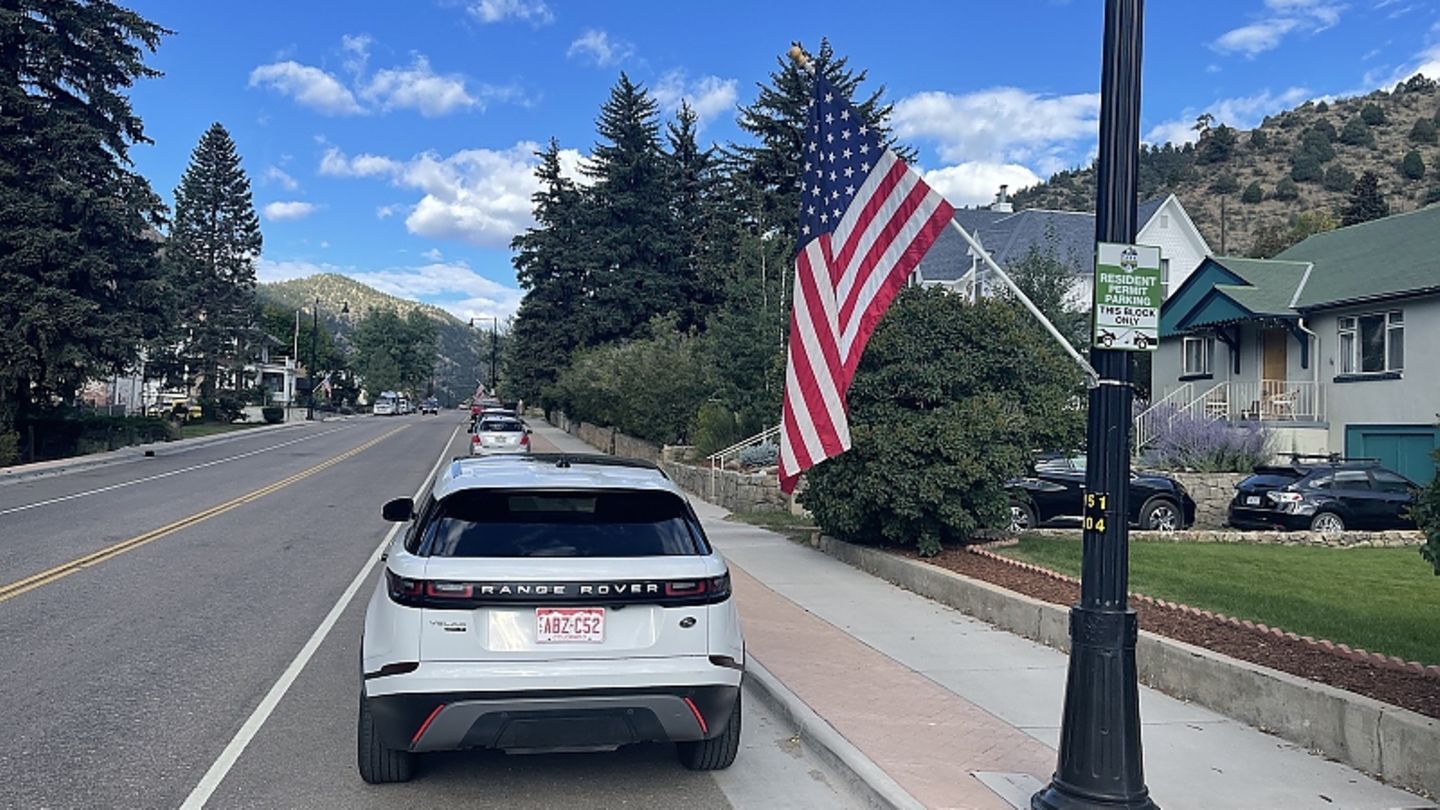 The Range Rover Velar is a chic crossover – and what one. Larger than the Evoque, smaller than the exclusive Range Rover and with lots of comfort and safety features for many, this is the ideal solution in the SUV luxury class. Even so, the Velar has fallen short of sales expectations since its premiere. It will hardly be the design and the drive portfolio is large enough. However, the price is definitely an issue, because even the basic version can hardly be made for less than 60,000 euros. While the high-torque diesels are enjoying correspondingly high demand in Europe, the Americans are consistently relying on gasoline engines. However, the base Range Rover Velar P250 AWD is largely identical in both markets.

The two-ton SUV is powered by a two-liter four-cylinder turbo with 184 kW / 250 PS. From a standing start, the cylinder quartet pushes the four-wheel drive vehicle to 100 km / h in 7.5 seconds and reaches a top speed of 217 km / h. The standard consumption is not a temptation to opt for the entry-level petrol engine, because 9.6 liters of premium fuel are quite a bit for the driving performance offered. In reality it looks different depending on the driving profile and load. In the heights of Colorado there was nothing to be done under 12.5 liters of super. Too much for 250 hp and especially too much for a four-cylinder. Great: the tank holds 82 liters.

The 4.80 meter long Velar does not come close to the noise insulation of the top model Range Rover due to the lack of insulating glass equipment and so the charged four-cylinder in the front of the car sounds anything but impressive and sonorous, especially under load. In partial load operation, it works quietly and responds directly to the driver’s requests for acceleration. However, it is not only in the mountains of the US state of Colorado that he is affected by the altitude. Even in Denver you are 1,700 meters high to move towards Vail and Grand Junction even on the highways at heights of over 3,300 meters, there is a lot for turbocharging with 365 Nm maximum torque and a very well-working eight-speed automatic to do so that the Velar continues to drive as confidently as it looks. One thing quickly becomes clear: a six-cylinder would be the much better choice in this league, but the Velar only offers the sensible combustion chambers as a 400 hp top model.

The interior of the British is as chic as usual. The seating position is a bit too high, but the leather seats are very comfortable and can be adjusted in many ways. The arrangement of the two touch screens in the center console is one of the best that is currently available in the automotive industry. Turn, press, touch and adjust – all of this is very intuitive and simply looks good. The two screens are complementary to each other: if the navigation is running above, the air conditioning can be regulated below or the music source selected. Only the aged analogue clocks behind the steering wheel disturb. The materials are chic, the surfaces are noble and the workmanship is consistently good. Thanks to its wheelbase of 2.87 meters, the Range Rover Velar is not just something for the front row. You can also travel comfortably in the rear, and the US crash regulations mean that the rear head restraints are significantly larger and higher than in Europe. We want them here too. Very pleasant: the incline of the backrest can be adjusted electrically – this is also popular with children and fellow travelers who want to close their eyes in the second row. Behind the electric tailgate, the load space holds an impressive 673 liters, which can be expanded to 1,731 liters by folding down the rear seat.

In the basic configuration S, the Velar is not lavish, but also nods naked. There are LED headlights, electric leather seats, dimming mirrors, 19-inch aluminum wheels and an electric tailgate. However, the driver looks a little surprised at analog instruments, which could also have come from the late 1980s, because the animated driver display is only available from the second SE version. The same applies to some of the driver assistance systems, because the Range Rover Velar S, which costs at least 64,455 euros, only offers cruise control as well as blind spot and lane departure warning systems. The sensible distance cruise control is also only on board from the SE model. Also standard on the US models: 19-inch alloy wheels, a navigation system and the large panoramic roof that brings a lot of light into the interior.

The Range Rover Velar shares its aluminum architecture, which consists of 80 percent aluminum, with its sister company Jaguar F-Pace. Its curb weight of over two tons can hardly be coped with and this is particularly noticeable at brisk pace or in fast corners, in which the all-wheel drive is noticeably pushing outwards. The steering is very smooth, but quite precise. The aluminum chassis has a front axle with double wishbones and an integral link axle at the rear. The low center of gravity compared to the Range Rover is pleasantly noticeable in fast corners. On request, there is variable air suspension for just under 1,700 euros, but this does not necessarily have to be. When things get dynamic, the low center of gravity and the intelligent all-wheel drive are noticeable. The Velar with a variable torque distribution on the go. Depending on the driving situation, the system distributes the torque to the respective axle with the help of a Torsen C differential – up to 100 percent. For example, on the autobahn, all the power is directed backwards, whereby the front axle is not completely decoupled. The Velar performs torque vectoring by intervening the brakes on the individual wheels. If you want, you can move the Velar dynamically – regardless of the surface – and dream of a six-cylinder.