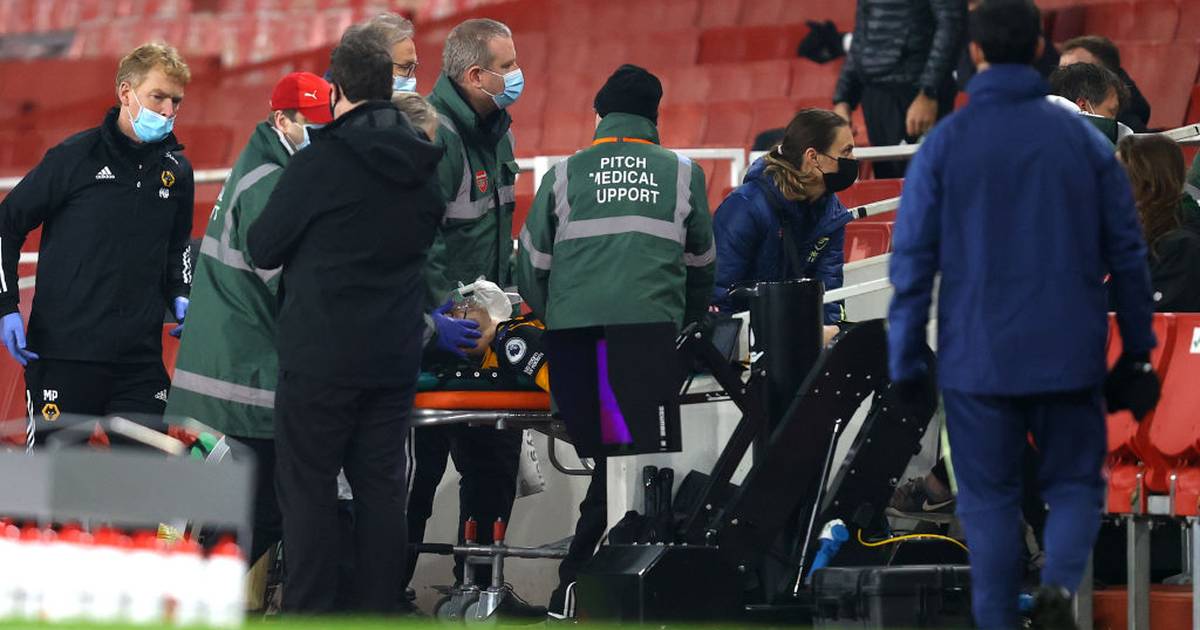 Shocking scenes in the 1: 2 (1: 2) defeat of Arsenal FC against Wolverhampton Wanderers.

After a corner from the Gunners in the early stages, Arsenal defender David Luiz and Wolves attacker Raúl Jiménez clashed violently in a header duel. (The game for reading in the ticker)

Wolves star Jiménez after a collision in the hospital

Both players initially remained motionless. The paramedics rushed over to take care of the injured. While in the field, Jiménez was supplied with oxygen. After minutes of treatment, the Mexican was taken away on a stretcher and immediately taken to the hospital.

“He can speak, he is conscious,” said Wolves coach Nuno Esprito Santo after the game Sky Sports. An exact diagnosis of the severity of Jiménez’s injuries was initially pending. Luiz got off lightly, the Brazilian was initially able to continue playing with a turban.

Wolves Captain: “We Hope and Pray”

“The most important thing is that both players are doing well,” said Wolves captain Conor Coady – and added, referring to his teammate Jiménez: “He is now in good hands and that is the most important thing. He’s in the hospital and after all, what you hear is he is awake and breathing. We just hope and pray that everything is okay. “

On the pitch, Coady saw the collision up close. “We were deeply concerned when it happened,” said the defender. “We knew right away that it was a terrible head-on collision. I was right behind him when it happened. It’s something you never want to see.”

When the players called the medical staff onto the pitch, gesticulating wildly, those responsible on the sidelines quickly realized that something bad had happened. “You only hear red alert, it’s serious,” said Nuno. “It was a bad moment for everyone. You see panic in the eyes of the medical staff and you start to think how they’re doing. We’re worried.”

Luiz suffered a bleeding laceration on his head in the collision, the 33-year-old was initially able to continue the game with a head bandage, but was replaced at half-time.

According to Arsenal coach Mikel Arteta, Luiz is doing well so far. “He has a bad cut and is conscious. He has been examined and is completely fine. We are really worried about Raúl Jiménez because it was really bad,” said the Spaniard. “When you see the reactions of the players, you know something really bad has happened.”

Arteta added: “We send our best wishes to him and his family and hope that it is not as bad as it looked.”

The game was interrupted for around ten minutes.

The Wolves won thanks to goals from Pedro Neto (27th) and Daniel Podence (42nd). Gabriel (30.) managed to equalize for Arsenal. (Schedule and results)