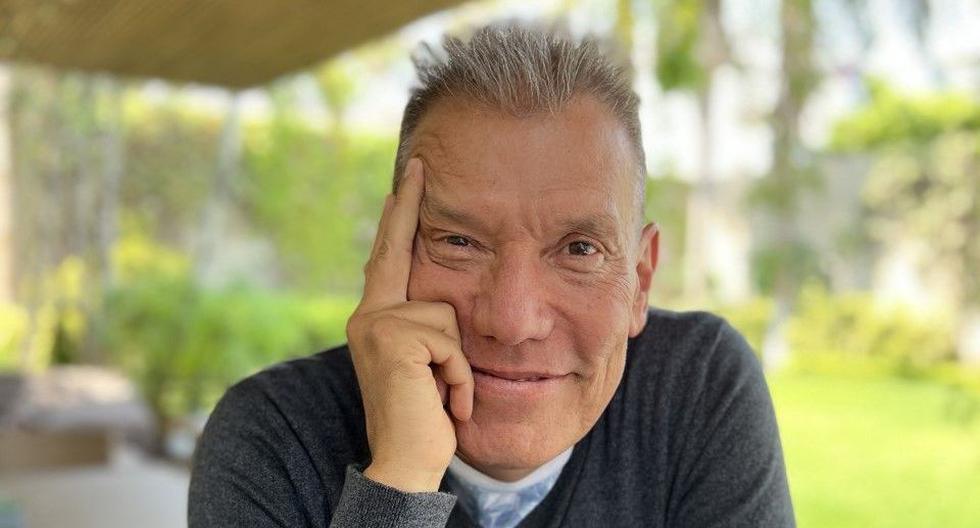 Raul Romero Salazar is always writing -especially now that music has ceased to be a priority in his occupations- he has written several songs, two movie scripts, the children’s book “Zooilógico” and has just released his first novel in Spain, “Diary of exercises ”, in which he has poured all his creativity and good sense of humor.

READ ALSO: “Las Torres”: The reason why Raúl Romero never sang this song with the Nosewho and the Nosecuántos

“I’m always writing things down and throwing out ideas, and in that process I decided to write from the exercises I do, but in the form of a journal. Soon after, I realized that the idea was beautiful, interesting, that I should continue working on it, so I got to pages 10, 14, 16…. I was having a lot of fun, when I decided to take it to deeper situations and I realized that it was a story that could become a book and that someone might be interested in publishing”tells the singer and TV presenter.

“Exercise diary” was presented in a physical version on July 23 at the Documenta Bookstore, in the city of Barcelona. The electronic version can be purchased through the different eBook platforms at an international level.

Romero’s literary proposal is presented as a diary to which its owner, an obsessive guy, recounts his sports exercises, but as the days go by, a relationship of friendship is established between him and his notebook that overflows to the point of death. dependency and reaches twisted, delirious situations, but above all fun and irreverent.

“When I started writing this book, my intention was to make complicated literature, with a detailed style and precision of language.; I still hadn’t thought of doing the diary; but I have always liked to change things, be detailed, even when speaking. My first drafts are practically unreadable, my explanation of the exercises was like three pages long, detailing how my knuckles were in line with my feet and how, later, they weren’t. So, I started to combine the explanation with insane examples, and at the same time there was the other element, which was the relationship with the newspaper”, explains the vocalist of the well-remembered group Nosequien y los Nosecuántos.

─A week ago you presented your novel in Spain, when are you presenting it in Peru?

He doesn’t have a publisher in Peru, I went to two, but my novel wasn’t of interest to him. One of them told me that it was not what they were publishing now and, indeed, they are in a more political plan. The other, initially, did not answer me; but when I insisted, they told me that they were not publishing much of a novel.

─Is the main character in your book inspired by you, the one who exercises and decides to record his experiences in a diary?

It’s not me. If ten percent of my personality took shape and became only what that percentage has as traits, yes it could be. I’m a detail-oriented and obsessive person, but minimally, I’m not that far from reality, that leg is well on the limit.

─And despite having a family and loving it, you feel lonely. Is that particular case based on your life?

It is not my case, but I think we all have an intimacy, an inner being, and sometimes we feel alone and we can develop traits of depression. The character definitely suffers from loneliness, has unusual reactions, however when his wife intervenes, he inadvertently reveals that she has a family relationship.

─What role do the illustrations play?

They were suggested to me by a couple of people out of the five or six I showed the drafts to, but I didn’t like the idea because I felt it undermined the literary challenge. To be accepted by this publisher, the book went through two critics, who suggested that it would be a good idea to put the graphics. I consulted it and, finally, I chose to put them. In one part of the book, the writer tells the newspaper: “I don’t know whether to fill your pages with coarse illustrations, it seems to me that it would be a concession to those who, demonstrating their low intellectual capacity, have violated our privacy, but I am not sure why I I’d be sorry if you read me and don’t understand me. I do it so that you understand me.” This explains in the newspaper how the illustrations appear and what role they play.

─During the presentation of the book in Barcelona you said that it was not easy to read. What did you mean?

Because it is full of unusual words and the verbal construction, the connection between sentence and sentence, the transition from one idea to another, are not simple. It is colloquial, it has that personal trait, but it can happen that someone reading it does not understand very well what is happening to this newspaper.

─ Do you consider yourself a writer?

No, and I mean that honestly. I suppose there are different terms to differentiate a professional dedicated to this, from someone who has only written a book. Probably in a second or third time I will already accept being called a writer, for now I have only become a bit of an experience tester.

I never had the dream of writing a novel, the dream was generated -without realizing it- when it was published. I am aware that I am in a period of creating and achieving things.

Raúl Romero’s life took a significant turn, in 2021, after he was diagnosed with early stage small intestine cancer. The presenter of television hits such as “Erre con R” and “Habacilar” assures that the timely diagnosis contributed to his treatment and recovery not being so traumatic, however he acknowledges that “the danger of death” in which he was imprinted on his days “higher pace and engagement.”

“I did not have that revolutionary impact as it happens with other people, mine was resolved quickly because it was detected in time, it was only two or three very intense weeks, they operated on me and that’s it. I have present in some space of my mind that at any moment something can happen to me and I can leave, and that there are certain things that I would not like to leave truncated. I think what happened to me was an accelerator of things. I am not an active, willful, unfailing type; On the contrary, I like to postpone, give time to time, be relaxed, at home, doing absolutely nothing. This cancer has been an intensifier of my intentions,” he explains.

After several years of absence on television and having rejected several proposals to return, such as the one he received from ProTV to be in charge of “Esto es Habacilar”; Romero Salazar will reappear on the small screen in August, as a coach for the Peruvian version of “La Voz Senior”.

“I didn’t want to return to a format in which I had to carry all the weight and that depended on my ability, energy and desire to do things,” he stresses.

You can purchase “Exercise Journal” at: