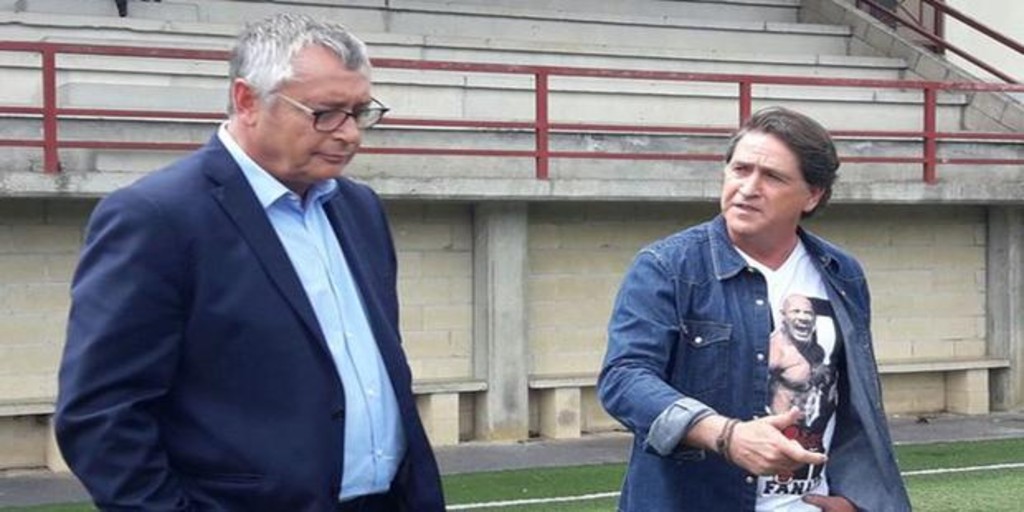 I called him ‘My Lord Michael’ because I am a Michael Robinson creation. I can more or less like people, but what I have been and am in life after retiring as a footballer is thanks to Michael Robinson. I am not a journalist, nor am I a communicator, nor did I study for it. I was also not an elite footballer who usually has it easier to finish, once his career is over, in the world of television. I was a Second and Second B player who barely spent a season in First, but after that famous Cup tie between my Numancia and Barcelona that I recorded with my own video camera for his program, Michael had it clear: «I want sign that turkey, “he said on Canal +, when presenting the Day After. So it was.

Chus del Rio, another companion of the chain, from Logroño like me, came to see me and told me: “The Englishman said he wants to sign you.” Michael had the certainty that I was worth for television and so began my career as a reporter and communicator in 1995: “Damn it, Raúl, you are a communication animal. You see real football, the real one, not the one I have experienced that was a fake football », that was the first thing he said to me as soon as we met.

Everything I have done and learned I owe to Michael. He saw in my virtues that I did not know. He bet on a strange element for television, like me. Without him I am left an orphan of father and older brother. He had a very close relationship. We live many things together, but we also argue a lot. The number of times he grabbed my chest or the number of times he let me make mistakes so that I could learn from my mistakes. He did everything for my good. He was very intelligent and tolerant.

Long-lasting lunches and dinners were common, and not too long ago in one of them I remember Michael taking his gin and smoking his two packets of tobacco, and of course there came a time when I had to say something to him, “Michael, you you have to take care of a little ». And he replied: «Let’s see, Raúl. I’m going to tell you one thing, the doctor has told me that the worst thing for cancer is stress and stressing me from not drinking and not smoking ». Michael smoked like a highwayman and a melanoma has killed him: “Damn it, Raúl, I’m going to die of skin cancer, what a fagot,” he told me.

Until a month and a half ago, physically and emotionally, he was fine, but already in Anfield, during the game between Liverpool and Atlético on the second leg of the Champions League, I noticed him strange. Shortly after we spoke, he told me that he had gone to Marbella, where he had lived with his wife since the disease was diagnosed. Days later, at a medical appointment, they discovered that the cancer had passed to the brain. Michael hated giving bad news, he did it like asking for forgiveness. So he told me in a special way: «Raúl, I have gone to the doctor and he told me that the cancer has crossed my mind. It is as if they had thrown tiny spots on my head and all those tiny spots are tumors ». There the countdown began. There I was already dusty. That was our last conversation.

See Also:  The world of sport is mobilizing for Navid Afkari - Fight - Justice

Three days after that news, he asked the Civil Guard for permission not to violate the State of Alarm, he traveled to Madrid to reunite with his two children. The daughter came from Australia, where she lives. He also wanted to say goodbye to his only granddaughter, who had just been born. He has died in his Madrid home with his family. He has already left, we have mourned him and bad times will come to think of him, but we must remember him for what he was, a great one. Bye, ‘My Lord Michael’. .