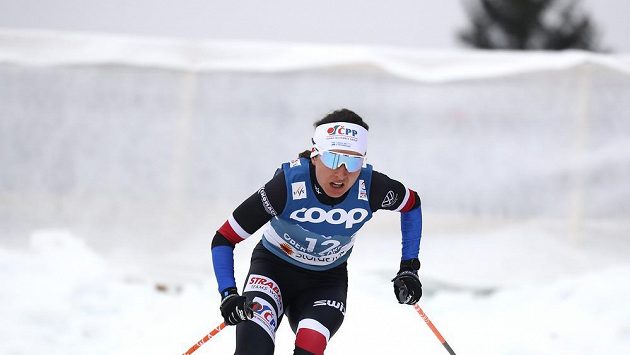 Cross-country skiers Kateřina Razýmová and Kateřina Janatová took eighth place in the doubles sprint at the World Championships in Oberstdorf. The result of the Czech national team was marked by Razýmová’s fall in the first section of the ten-member final. The title was defended by Swedish skiers. Maja Dahlqvist, who has gold from 2019, was joined in Germany by Jonna Sundling, the winner of Thursday’s individual sprint, classically. In the men’s category, the Norwegians rejoiced at the victory. Luděk Šeller and Michal Novák finished eighth.

Razýmová ended up after a collision with her opponent on the ground in a turn at the end of the climb before descending to the stadium. Due to that, she suffered a loss of six and a half seconds into the handover, which the Czechs only slowly withdrew. Their foreheads passed and in the end they left behind only the Germans and the French.

Surprisingly, the Swiss Laurien van der Graaff and Nadine Fähndrich rejoiced over the winning Swedes. The second bronze medal was won in Oberstdorf by Anamarija Lampičová, who took Slovenia to third place. She rejoiced together with Eva Urevcová.

The men were ruled by Norwegians

The title from Seefeld was defended by the Norwegians. Johannes Hösflot Klaebo, who repeated the sprint double from the previous year’s World Championships and the 2018 Olympic Games, rejoiced today with Erik Valnes. Three weeks ago, Šeller and Novák finished fourth in the World Cup race in Ulricehamn. The first two sections of the final at 6×1.2 kilometers in free technique were kept in contact with the front. But then Sheller fell to the tail in the third section at the moment when the Russian Alexander Bolshunov accelerated in the lead and lost. In the second half of the race, the Czechs took the eighth place ahead of the Swiss and Poles.

In the final section, Klaebo had the most strength, winning sixth gold at the World Championships. He has them all from sprint, team sprint or relay. The silver was won by the Finns, the bronze by the Russian competitors under the flag of their ski federation.