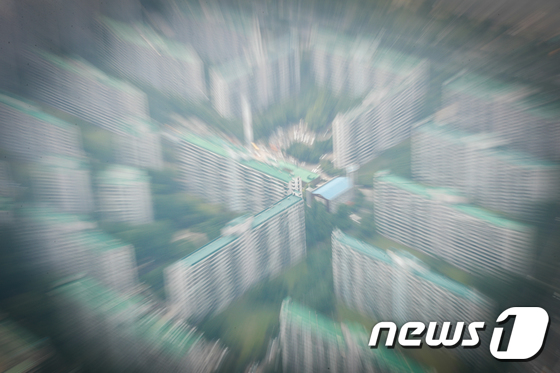 From the 1st, the tax burden on homeowners will increase. In particular, while the tax rate for multi-family houses and short-term traders is being raised, the capital gains tax will rise to a maximum of 75% when selling a house.

According to the relevant authorities, the top rate of transfer tax will increase from 65% to 75% as of today. Previously, the government set a grace period of six months to induce multi-family properties to ship.

In addition, the transfer tax rate for multi-homeowners in regulated areas such as speculative areas, overheated speculation areas, and areas subject to adjustment will also be increased by 10 percentage points (p). In the past, an additional tax rate of 10%p for two-homeowners and 20%p for more than three-homeowners has been levied.

There is ongoing discussion about raising the tax-free threshold for one homeowner per household, proposed by the Democratic Party’s Real Estate Special Committee on the 27th of last month. The special committee has proposed to increase the standard amount from the current 900 million won to 1.2 billion won, but there are strong opposition from the inside as well. The process of collecting opinions from the government and experts is scheduled to continue within this month.

The list of persons subject to comprehensive real estate tax and property tax will also be finalized on the same day. The general tax rate will increase from 0.5-2.7% to 0.6-3.0% from this year. The tax rate varies depending on the tax base section, but for houses with two or less houses, it increases by up to 0.3%p (exceeding the tax base of KRW 9.4 billion – 2.7% → 3.0%).

On the other hand, for those with three or more houses or two houses in the area subject to adjustment, the increase will increase from 0.6-3.2% to 1.2-6.0%. A single tax rate of 6% applies to corporations.

However, it remains to be seen the discussion of the ‘top 2%’ taxation proposal for one household and one homeowner proposed by the Real Estate Special Committee.

The government has taken a negative stance on the proposal. In order to comply with this plan, the current taxation standard must be changed to a ratio rather than the amount (900 million won), so a major change in the taxation system is inevitable. The government is considering establishing a long-term residence deduction and payment deferral system and freezing the fair market value ratio rather than tax reduction or exemption.

In the case of property tax, the Real Estate Special Committee is pushing for a plan to raise the upper limit of reduction and exemption from the previously announced price of 600 million won to 900 million won. In this way, the property tax rate is reduced by 0.05 percentage points for three years for a house owned by a single homeowner with an official price of 900 million won or less. In this case, 440,000 households nationwide can receive an average of 180,000 won per household.

The real estate special committee aims to prepare a final draft by the end of this month after going through a public debate process such as a public hearing, but the government is sticking to its ‘maintaining the status quo’ position.

In order to apply the tax ‘top 2%’ plan and the property tax rate reduction plan, the revision of the tax law must be completed within this month. In the case of property tax, which is due in July and September, the time is running out.

Moreover, even if the tax law revision is made, in order for it to be applied from this year, a “retrospective legislation” that applies to matters before the enactment and revision of the law must be implemented, and thus considerable controversy is bound to arise.