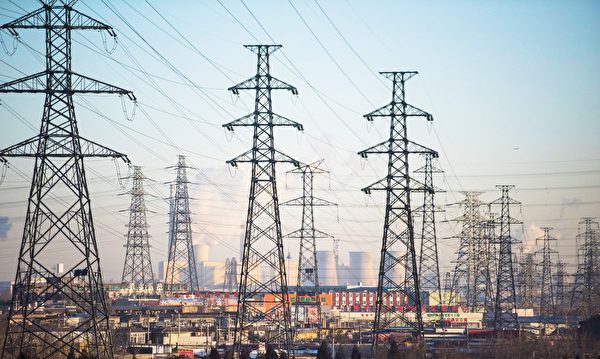 [Epoch Times October 14, 2021](Epoch Times reporter Xia Yu comprehensive report) A European business organization called on Beijing to improve itsenergy crisisProcessing. The chamber of commerce said that some companies complained that they received text messages in the middle of the night telling them to stop production the next day.

Bloomberg reported that Wednesday (October 13),European Chamber of Commerce(European Union Chamber of Commerce) representatives said in a video conference that companies sometimes only get notice one hour in advance to reschedule shifts in factories with 1,000 employees.

The head of the organization, Joerg Wuttke, said: “We need to communicate better with the (CCP) government to help our company respond to (energy crisis). We do not ask for privileges. We only ask for the information to be clear. “

The European Chamber of Commerce asked the Beijing authorities to modify the way they decide which companies must reduce or suspend production, calling for “scientific and transparent methods” and better communication for decision-making.

These complaints highlight the troubles facing foreign companies in China.Since the beginning of September, the CCP’s “dual energy consumption control” has suddenly been upgraded, and enterprises in many provinces and regions have received compulsory measures.Curtailment, Production restriction and production suspension notices, according to local notices, the electricity cuts will last until the end of September or mid-October, and may even continue until the end of the year.

The European Chamber of Commerce began to express concerns about the power situation in China in May this year. At the time, Klaus Zenkel, chairman of the board of directors of the Southern China Branch, stated that about 100 of the chamber’s 250 members were affected by the power shortage.

The Chamber of Commerce did not disclose how many of its members in China were affected. Woodker said it has maintained close communication with the Ministry of Commerce of the Communist Party of China on this matter.

He said that the shortage is expected to last “at least” until March next year, and he asked the Chinese government to do more before then so that the company can make plans.

“Predictability will make a huge difference for us.” Woodk said.

“This is very messy. Some suppliers managed to ensure power supply through friendly relations and negotiations with the local government, while others were severely affected.” An Apple supplier executive told Nikkei.

Because supply chain transfer in China is a sensitive topic, an iPhone supplier executive who asked not to be named told Nikkei, “This is not just a power issue.”

“From the blow to Jack Ma to the blow to the gaming and education industries… these all show that uncertainty is increasing. For companies operating in China, people are very scared.” This person said.