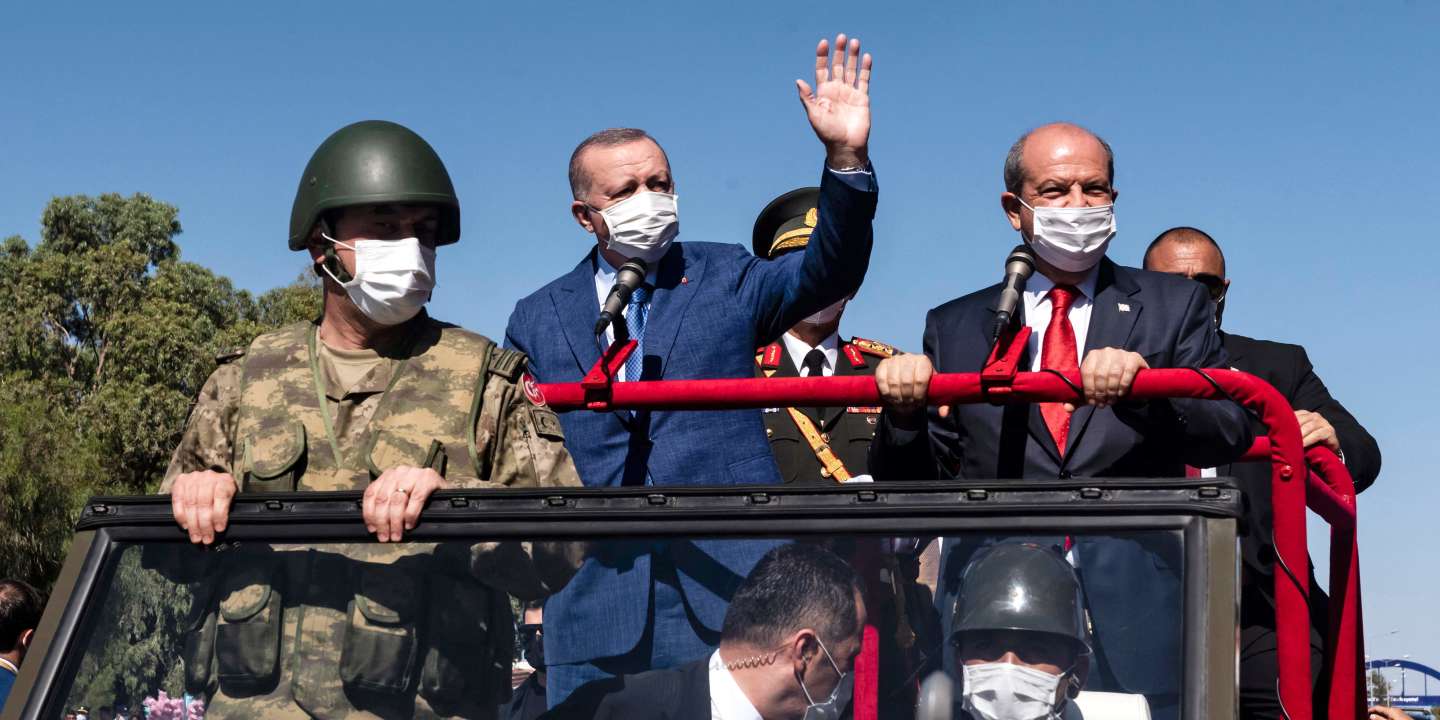 Turkish President Recep Tayyip Erdogan visited the northern part of Cyprus on Monday July 19 and Tuesday July 20, where he reiterated his support for a solution to “Two distinct states”, rather than the creation of a bizonale and bicommunal federation, to remedy the partition of the island. In Lefkosa, the Turkish part of Nicosia, he attended the military parade on Tuesday celebrating the 47e anniversary of the Turkish military intervention which divided the island in two, with, to the south, the Republic of Cyprus, a member of the European Union (EU), and, to the north, the Turkish Republic of Northern Cyprus (TRNC ), only recognized by Ankara, which maintains thirty thousand soldiers there.

During the ceremonies, Erdogan said peace talks on the future of Cyprus could only take place between “The two states” of the Mediterranean island. “We are right and we will defend our rights to the end”, did he declare.

After decades of fruitless negotiations under the auspices of the UN, with a view to reunification, Turkey has changed its tune. “There is no question of losing fifty more years” to be negotiated on the basis of a federation, explained the Turkish number one before the Parliament of the TRNC. But the idea of ​​a two-state solution is unacceptable for the Republic of Cyprus, the only legitimate entity, as well as for the European Union. In June, Ursula von der Leyen, President of the European Commission, assured that Brussels “Would never accept” this eventuality.

Reopening of a ghost town

A bit provocative, the Turkish number one went to Varosha, a former seaside resort located on the outskirts of Famagusta, promising, as he had done in October 2020, to reopen certain areas of the city to the public. Once known as the Saint-Tropez of the Mediterranean, Varosha was abandoned during the Turkish military intervention in 1974. Emptied of its 15,000 Greek Cypriot inhabitants who fled the arrival of the Turkish army, the town remained untouched since, with its abandoned hotels and villas, open to the four winds.

Deciding to open the beaches and streets of the ghost town without prior consultation with the Greek Cypriot side jeopardizes the prospect of a solution. The Greek Cypriots, who have never received compensation for the loss of their property, fear that they will find themselves permanently despoiled. The creation by the Turks of a “property commission” does not help to reassure them.

You have 62.52% of this article left to read. The rest is for subscribers only.