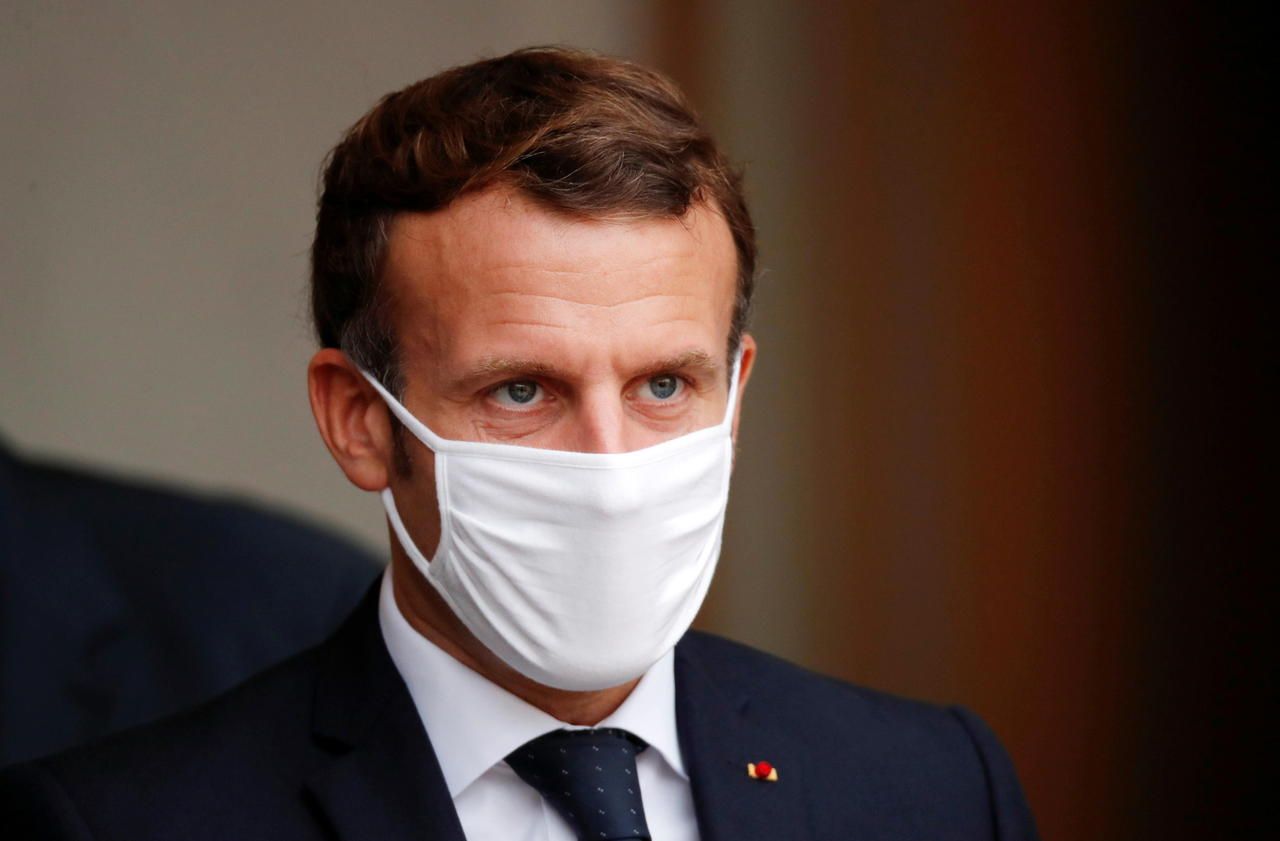 The government had announced “strong” and “difficult” measures in the face of the second wave of Covid-19 which is overwhelming France. Charge to Emmanuel Macron to detail them solemnly. The Head of State therefore took the floor this Wednesday evening from the Elysee Palace to announce a new very firm arsenal.

The country will be confined again from midnight overnight from Thursday to Friday and for a minimum period of one month, until December 1. However, there will be more possible reasons for leaving than last spring. Schools, in particular, will remain open.

Here is what to remember from this presidential address lasting 22 minutes and the turn of the screw announced by the Head of State.

The words to describe the health situation in France are known and repeated in recent days: “serious”, “worrying”, etc. Since the beginning of October, the daily number of new cases of Covid-19 has exploded. In the hospital, the services and in particular those of resuscitation are seeing an influx of more and more patients. And the curve of daily deaths is also rising sharply.

“The virus is circulating in France at a speed that even the most pessimistic forecasts had not anticipated. […] The second wave will undoubtedly be harder and more deadly than the first ”, alerted the Head of State. “Nothing is more important than human life,” continued Emmanuel Macron, refusing to bet on the strategy of collective immunity. The capacity of intensive care beds will very soon be increased to 10,000 for Covid patients, against around 6,000 today.

See Also:  "JD let them know that not everything said about us is true"

The first was initially announced for two weeks, the second will last at least a month. A new confinement will apply everywhere from midnight on the night of Thursday to Friday and until December 1. Only the overseas territories could be exempted. “Confining only the elderly is ineffective because the virus would circulate too widely in the rest of the population”, justified the Head of State.

But the measures are this time a little more flexible than between March 17 and May 11. Schools, colleges, high schools and some public services may remain open, for example. We can still go to work and visits to nursing homes can remain, in addition to the reasons already valid in the spring (health reasons, shopping for food, or taking the air for a limited period). On the other hand, private meetings are not a reason for leaving.

You will have to fill out a derogatory certificate again when you want to leave your home. The police may issue fines of 135 euros in the event of non-compliance with these rules.

This is the end of the “simple” curfew at 9 pm, implemented in Île-de-France and in eight cities from Saturday, October 17 and then extended to 54 departments a week later. The idea of ​​widening the schedules had been issued initially.

Due to the end of the school holidays on Sunday evening, it will still be allowed to move from one region to another during the weekend, but no longer from Monday. Emmanuel Macron guaranteed a “tolerance” for these returns from leave. Two weeks ago, the government had not at all discouraged departures.

See Also:  The Voice Kids program deletes contestant Heidi Mohamed from YouTube and a large attack on the media

As previously indicated, schools, colleges and high schools will be able to remain open this time, while all students had to take distance courses last spring. At the start of the epidemic, several studies pointed to a fairly low risk of contagiousness in children, even if several recent studies contradict these first statements.

The framework should remain the same for this second confinement, the government having to provide practical details at a press conference on Thursday. One thing is already certain: restaurants and bars will have to remain closed.

The Head of State has guaranteed that the impact of these measures will be reviewed in 15 days. If the indicators improve, the containment could be lightened a bit and some businesses could be allowed to reopen. This would be crucial for their activity, as the Christmas holidays approach.

Visits to nursing homes will remain authorized “in strict compliance with health measures,” said Emmanuel Macron. It will always be possible to organize funeral ceremonies in order to “bury our loved ones with dignity”, continued the Head of State. Despite everything, “stay at home as much as possible, respect the rules,” he urged.

See Also:  Why eye fatigue can increase in a pandemic (and how you can avoid it)

The work will be generalized “wherever possible”, announced Emmanuel Macron. This measure could be all the more effective as teleworking is one of the most effective measures to deal with a resumption of the epidemic, according to a study pre-published on October 22 in the scientific journal The Lancet.

Two weeks ago, during his interview on TF1 and France 2, Emmanuel Macron had simply recommended, “where possible and negotiated as close to the field as possible, two to three days of telework per week”.

A new containment would have disastrous effects on the economy, had warned on several occasions the Minister of Finance, Bruno Le Maire. To limit them, Emmanuel Macron announced that “employees and employers who cannot work will continue to benefit from partial unemployment”. This could in particular concern the catering and tourism sectors.