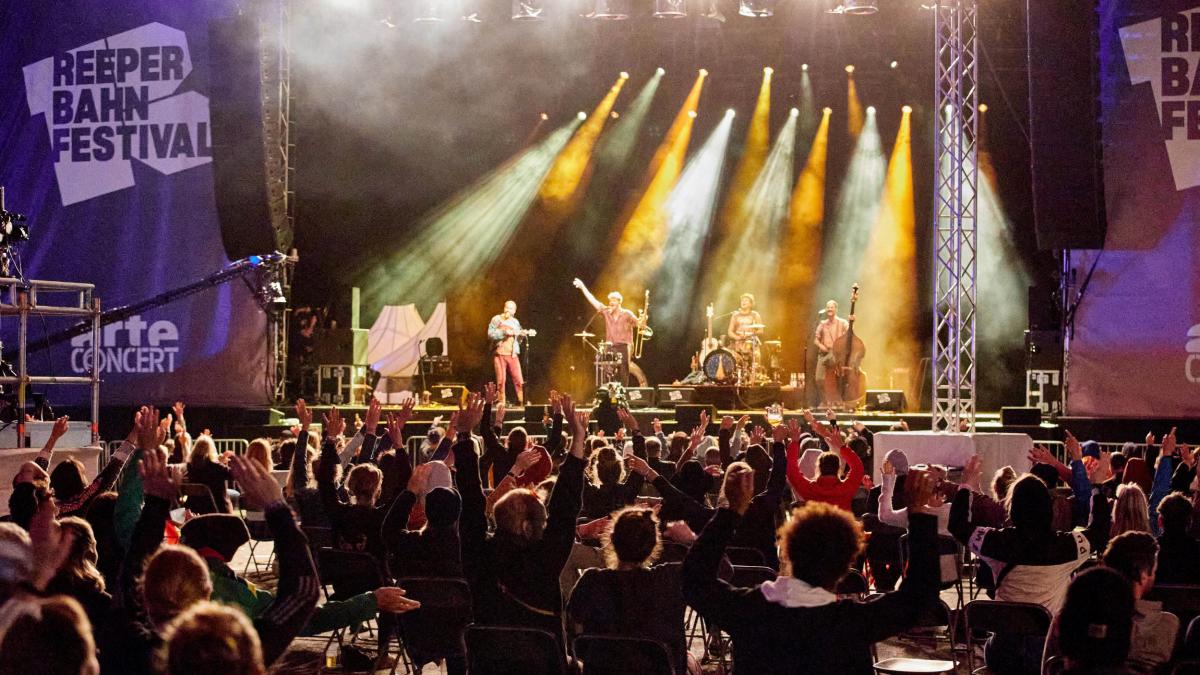 LLong queues in front of the clubs on the Reeperbahn, followed by ticket and handbag checks, then into the Molotow, Gruenspan or Docks. The audience stood close together, and newcomers like Adam Green, Nils Landgren or Ina Müller, who had just recorded her first studio album at the age of 40, attracted them to the stage.

Queue, applause, crowd and off to the next location. That was the case in 2006, when the Reeperbahn Festival started as a pure club festival for the first time. Today the bosses of international music labels in Beijing listen when the 24-year-old Berlin singer Lie Nang exudes his soul in the Hamburg club Nochtspeicher – in front of cameras instead of in front of an audience.

The “Music City”, the legendary capital of country music, has long since hit a different note. Before the flying visit to Tennessee, there was an exciting exchange with the Chinese music world in Beijing at the end of April. The editions of the Reeperbahn Festival International up to the summer are – due to the pandemic – hybrid events with streamed live concerts and digital conferences. But the pillars of the platform also work very well digitally.

One pillar is the network. According to Managing Director Alex Schulz, the Reeperbahn Festival International is about “enabling small and medium-sized German and European music industry players to enter new, relevant cultural markets”. To this end, the Reeperbahn Festival creates an organizational and communicative roof that small labels or event organizers are often unable to implement on their own.

In the past few years, “many sustainable and economic business relationships have emerged in this way”. According to Schulz, word of this has obviously got around, because we receive far more applications than we can make available. At the moment 40 representatives of the music industry take part in each of the individual events.

The other pillar of the Reeperbahn Festival are the concerts and showcases, where artists get the chance to present themselves to an international audience. This often gives them the media attention they need to talk to record companies, promoters and agents even at home need.

Alex Schulz explains: “It also works the other way around. In 2019 we saw the Chinese band ‘The Hormones’ in Beijing and invited them to the Reeperbahn Festival. Not only did they play a fantastic show, they also took part in our talent competition ‘Anchor’. ”Both pillars result in cultural exchange as a non-commercial added value.

The festival is also funded by the Federal Foreign Office

After the events in Beijing and Nashville, there will be a “Pan-Africa” conference and another event in New York until mid-June. The partners of the festival in other countries bundle the musical competence of entire continents. For example, the makers from Hamburg work with the Music Business Association in Nashville and with the WISE platform in Beijing. At the Pan-Africa event, the Hamburg-based company is cooperating with the Music In Africa Foundation, which organizes a festival in a different capital of African music every year – from South Africa to the Democratic Republic of the Congo to Ghana and Tanzania.

As an import and export hit for culture, the Reeperbahn Festival is currently funded by the Minister of State for Culture with almost 8.5 million euros and the international edition is funded by the Foreign Office with 1.7 million euros. State Minister Niels Annen (SPD) emphasizes: “The funding from the Federal Foreign Office also surprises some in Germany. But promoting international cultural exchange is clearly one of the core tasks of the Ministry of Foreign Affairs. “

In the case of the Reeperbahn Festival, it is also about using music to “reach actors in the population of our partner countries with whom we would not come into contact without music”. The funding of 1.7 million euros corresponds roughly to that for the Frankfurt Book Fair and the Berlinale and, at this level too, is “not least thanks to my former colleague Johannes Kahrs,” says Annen.

The pandemic not only made it clear how important the cultural sector is for our social cohesion, according to Annen, but it is also “an important economic factor”. He therefore hopes that “especially in times of Corona, the festival can show a perspective for artists”.

As a member of parliament from Eimsbüttel, Annen has accompanied the Reeperbahn Festival from its beginnings until today, he fondly remembers the “special atmosphere of the first editions of the festival. The great dynamism could already be felt there. I think the makers of the festival managed to preserve this original character. ”Annen, an avowed friend of the Hamburg School, last heard a concert by Thees Uhlmann in the Große Freiheit before the pandemic and is already looking forward to the first concert the pandemic.

The Reeperbahn Festival is planning the live edition in 2021

The festival wants to evoke the lively club character in its second live edition from September 22nd to 25th in Hamburg, impaired by Corona. Alex Schulz is planning on a larger scale than 2020, where only 17 percent of the usual visitors could come because of the pandemic. This was only possible because the cultural authority provided a further half a million euros to compensate for the corona damage in addition to the annual funding of a good 400,000 euros.

This time Schulz is planning 40 to 50 percent face-to-face events for trade visitors and an equally high occupancy rate, i.e. a significant increase in capacities compared to the previous year. The first artists, speakers and jurors for the anchor competition have accepted.

“Most of these commitments come from continental Europe,” says Schulz, “but in contrast to 2020 it can be clearly felt that the markets in the USA and UK, which are so important for our music industry, are real with the overcoming of the pandemic and are therefore much more advanced in thought than us. ”Despite the remaining uncertainties, the planning is progressing. The Elbphilharmonie will again be the venue for the Reeperbahn Festival on September 24th and 25th.