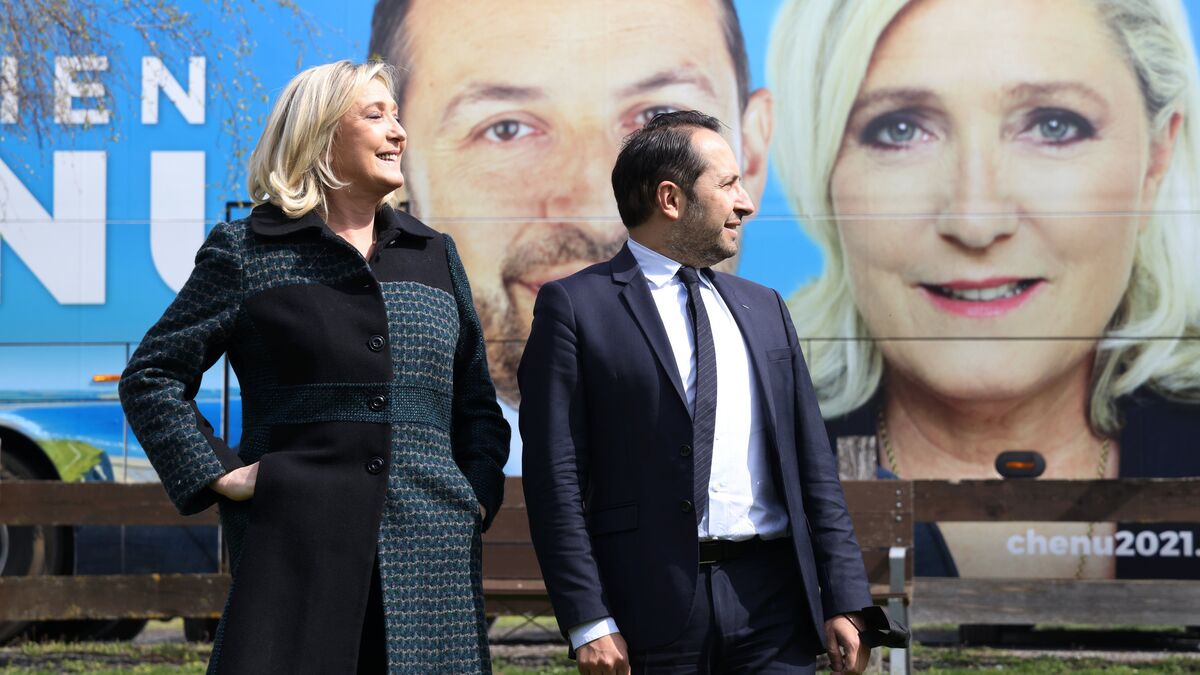 “From the dynamics of the regional will result that of the presidential election”: on France Info, April 27, Marine Le Pen does not pretend to downplay the challenges of the regional deadline. Which will take place a few days before the party congress, in Perpignan (Pyrénées-Orientales), on July 3 and 4, which will see her re-elected president of the RN and will truly launch the cycle of the presidential campaign. Suffice to say that the atmosphere will not be the same depending on whether the RN relives the mixed scenario of the last municipal elections, where it struggled to conquer new cities with the notable exception of Perpignan, or whether it seizes for the first time in its history of one or even several regions.

With a record of 6.82 million votes, the RN, which was still called Front National, had failed to win a single one in 2015. At the time, Marine Le Pen in Hauts-de-France and Marion Maréchal-Le Pen in Paca had broken their teeth on the withdrawal of the left in the second round. These two regions are still on the first two steps of the podium of “winnable” territories, according to the RN.

The party enjoys a solid electoral base but fears abstention

Marine Le Pen is counting on the fact that, this year, the left “will not be hara-kiri” a second time. This would deprive her of representatives on the regional council for more than twelve years! An erasure of the Republican front that would allow it to feed the story of a demonized party, ready to take control. “The presidential election would be helped by a victory in the regional, it would be the proof that we are able to go beyond the RN and achieve national unity”, underlines the vice-president of the party, Jordan Bardella. Hence the choice to put at the top of the list profiles which are not “pure butter” RNs, as Marine Le Pen says, even if it means making people cringe internally: the ex-LR Thierry Mariani in Paca, the ‘ex-LR Jean-Paul Garraud in Occitanie, ex-LFI Andréa Kotarac in Auvergne – Rhône-Alpes, ex-DLF Laurent Jacobelli in Grand-Est, or even localist essayist Hervé Juvin in Pays de the Loire.

It is also necessary that the voters of the RN are at the rendezvous. Because, if the party benefits from the most solid electoral base, it fears as ever the abstention, which has cost it dearly in the municipal elections. “Our voters mobilize when they think that we can win”, analyzes Jordan Bardella who therefore welcomes the polls which give Thierry Mariani the winner in Paca and Sébastien Chenu neck and neck with Xavier Bertrand in the Hauts-de- France. “Our speech also finds an echo in the security climate of the moment”, abounds Bardella. And too bad if the regional councils are not supposed to have competence in the matter.

Regional issues for other parties