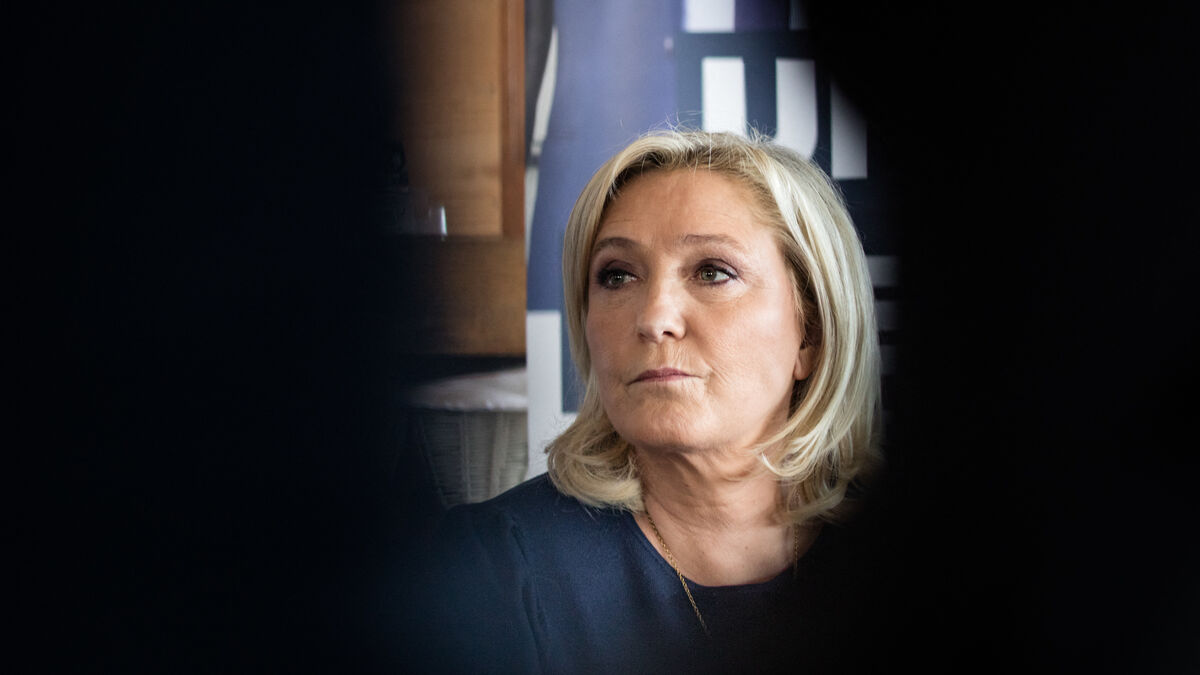 The great lesson of the second round of regional elections slams with the clarity of a snub inflicted on the Lepéniste party. The harsh defeat of Thierry Mariani in Provence-Alpes-Côte d’Azur in his duel against the outgoing president LR Renaud Muselier (by 56,% of the votes against 44% according to Ipsos / Sopra Steria) marks a halt to the dynamic of the RN, which once again fails to conquer a region, to pierce the famous “glass ceiling”. As in 2015 against Marion Maréchal, the Republican front, yet given to death by some, allowed the LR candidate to do better than catch up on the 1st round.

The Paca region, where Jean-Laurent Félizia’s left-green list withdrew – after some procrastination – is one of the few to record a slight increase in participation between the two rounds (+ 4 points, according to Ipsos) . This renewed mobilization was also able to play out among the right-wing abstainers, encouraged by Nicolas Sarkozy’s support for the former Chiraquian minister Muselier.

VIDEO. Despite the failure of the RN, Marine Le Pen gives “an appointment with the French” to “build a work-study program”

The defeat of the RN is all the heavier as its candidates have shown themselves nowhere able to shake up this second round, as in Bourgogne Franche-Comté or Center – Loire Valley, where they kept low hopes. The severe admonition of Marine Le Pen, who had enraptured her young and popular electorate particularly absenteeist, will therefore have done nothing, nor the small plane with its banner “go vote” chartered by the candidate RN Nikolic in Center – Val of the Loire.

Ten months before the presidential election, this failure weakens the position of Marine Le Pen, who could be subject to internal pressure to change her strategy of “trivialization”. Conversely, the Republicans, yesterday divided and caught between RN and LREM, suddenly find color and dream of reinstalling themselves in the chair of finalist in the presidential election of 2022.

Second lesson, the startling bonus for outgoing presidents, further amplified: all re-elected! The exact opposite of the “degagism” prevailing in the recent elections. A movement – or rather a stagnation – symbolized by the re-election, for his fifth term, at the age of 70, of the PS boss of New Aquitaine, Alain Rousset. In the rest of the country, the most famous figures, from Carole Delga to Laurent Wauquiez via Xavier Bertrand or Valérie Pécresse, achieve high scores. The political map of the regions remains strictly the same: 7 regions for the right, 5 for the left (subject to the “3rd round” to come in Brittany where the outgoing socialist does not have an absolute majority). Corsica also remains in the hands of the autonomist Gilles Simeoni.

Problem, the very strong abstention (65.7% according to Ipsos, 66.7% in the 1st round) largely explains this result, the voters mobilizing the most being the oldest and the most legitimist. Worrisome, because it reveals a form of “democratic secession” on the part of a whole part of the country. On the positive side, we can recall that the polls showed that the results of the presidents in place were generally appreciated, as well as their management of the health crisis.

Finally, unlike the regional elections of 2010 and 2015, where these local elections had given rise to sanctions votes against Nicolas Sarkozy and then François Hollande, this time there was no outgoing LREM president to “release”. But the presidential party, in particular the ministers or former candidate ministers, everywhere suffers a scathing defeat, decidedly missing its territorial establishment.

Third observation, the presidential election is well and truly launched. As proof, the eagerness to deliver their speeches of victory of the contenders for the Elyos candidacy on the right, Xavier Bertrand and Laurent Wauquiez, quickly joined by Valérie Pécresse barely known her results in Île-de-France. All three with presidential accents. With a head start for Bertrand, who prides himself on having defeated the “National Front” and the battalion of ministers dispatched by Emmanuel Macron.

The Head of State is not mistaken, who is making a visit to his rival’s land this Monday at the Renault plant in Douai (North). The president (not yet) candidate has no time to waste: as political scientist Bernard Sananès, president of the Elabe institute underlines, “the Macron brand seems solid, but it has only one product: Emmanuel Macron ”. These regional have proved it again.