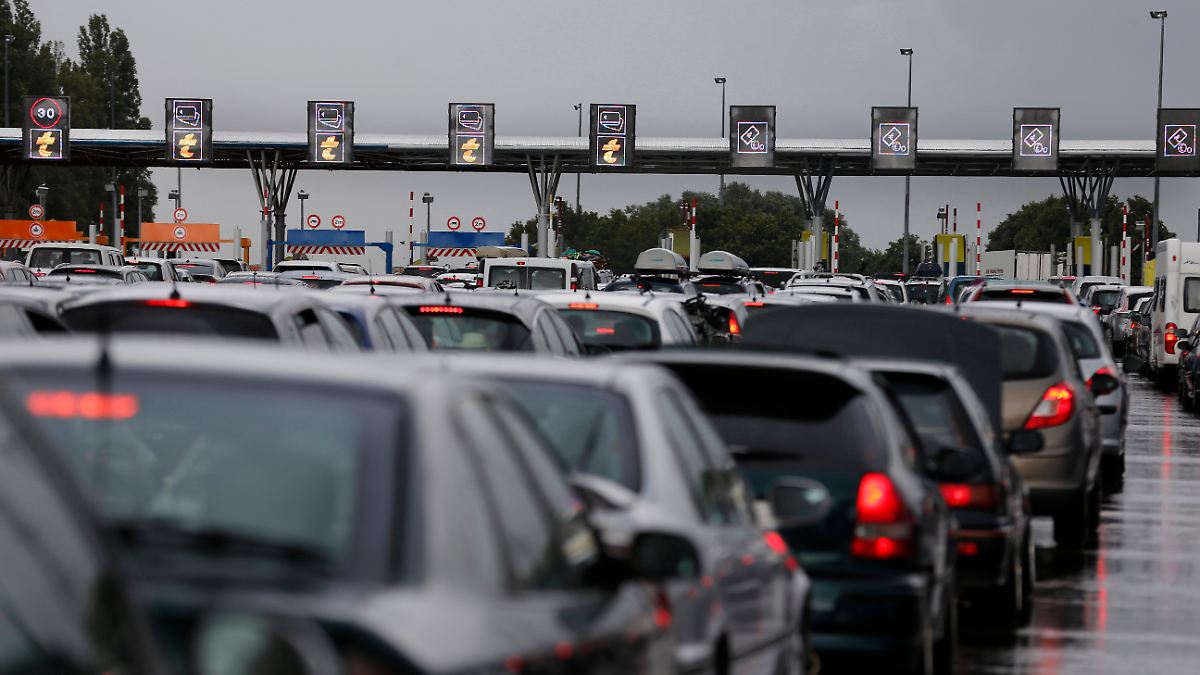 In the future, between Paris and Caen, drivers will no longer have to squeeze through the eye of the needle that the toll booths on France’s motorways currently represent. Registering the vehicles with modern technology should save millions of hours of waiting time on the route every year.

On a car trip to France, annoying stops at the tollbooths are still part of it – but between Paris and the Normandy coast these are soon to give way to electronic technology. Instead of the previous six toll stations, at which all traffic on the busy coastal motorway A13 has come to a standstill, automatic vehicle registration is to be installed by 2024, announced the motorway operator Sanef.

Such a technique is already being used in the USA, Norway and Portugal, and in France there is a first test on a section of the A4 between Saarbrücken and Metz. The future technology is based on the so-called télépéage, which is already used by regular users of French motorways, the debiting of the toll fees via an electronic recording of the car.

The reader behind the windshield is still read when driving through the toll station. In the future, this should be possible at full speed using readers that are mounted on a kind of gantry. Occasional users can also register on the Internet with their number plate and allow automatic debiting. In addition, it should be possible to pay afterwards via the website of the motorway operator or in tobacconists.

With the abolition of the antiquated toll booths, users of the more than 200-kilometer-long motorway between Paris and Caen will save 1.8 million hours of waiting time every year, Sanef director Arnaud Quemard told the newspaper “Le Parisien”. In addition, 9.5 million liters less fuel would be consumed, since the queues of cars would no longer queue up in front of the toll booths and then have to start again. That corresponds to the annual consumption of 11,000 cars. The modernization costs 120 million euros, which the motorway company charges its customers with a minimal increase in tolls.

With a quick farewell to all toll stations, especially on the highways to the south, which are heavily frequented by holidaymakers, is not to be expected anytime soon. The A13 was specifically chosen because there are not that many foreigners on the road, said the Sanef boss. This makes it easier to investigate when people don’t pay for their journey. In the case of French vehicles, the motorway operators already have access to the registration data.

Yaya Toure: Mohamed Salah should stay at Liverpool for life