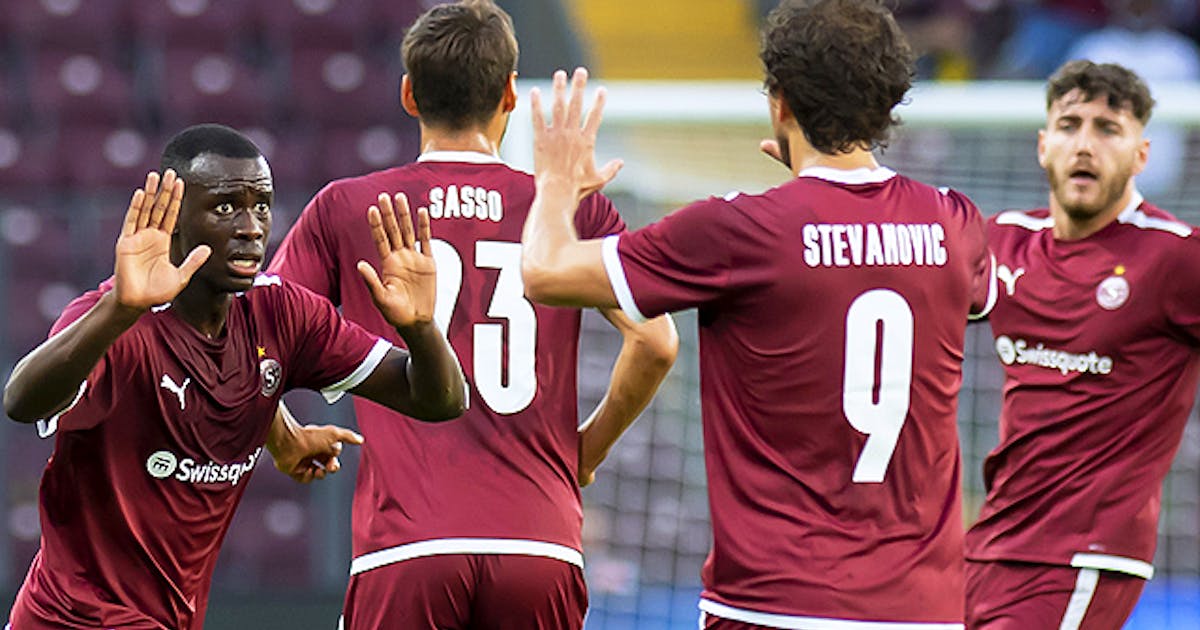 The miracle almost took place at the Stade de Genève, where Servette showed a good reaction against Molde in the second qualifying round of the Conference League. Crushed in the first leg (3-0), the Garnet, reduced to ten, beat the Norwegians on Thursday in the return match (2-0). Insufficient.

Servette came close to the feat. The Garnet defeated Molde 2-0 in the second leg of the Conference League qualifying round. The deficit (3-0) conceded in Norway turned out to be too great.

Alain Geiger’s men, admirable for courage, scored by Diallo (18th), on a shot deflected by defender Sinyan, then by Kyei, served by the same Diallo (59th). Their task was notably complicated by the expulsion of Stevanovic just before the break.

Servette really made us forget her lackluster performance last week. Concentrated, aggressive and inspired, the Garnet dominated their opponents from the first minutes, in particular thanks to their duo Diallo – Stevanovic, very active on the right flank.

Without the very severe expulsion of Stevanovic – funny gift on the evening of his 31st birthday – it is legitimate to think that the Genevans could have gone to the end and won if not the qualification, but at least the extensions. Because even at ten, they continued their domination against overwhelmed visitors.

They can thus leave the competition with their heads held high … but full of regret all the same. Not so much on the return leg, which they approached in the right way, but especially on the first leg. This is where the qualification took off.