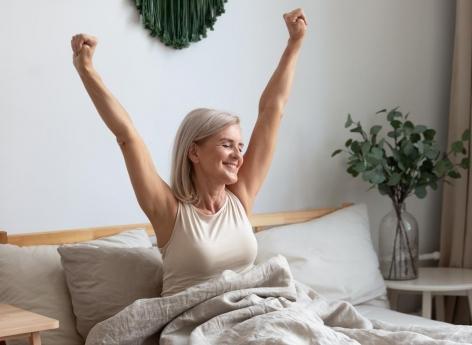 Gain three years of life? A dream that, according to a study conducted by the Helfgott Research Institute with Yale University in the United States and published in the journal Aging, could not only become a reality but also thanks to very simple choices in terms of way of life.

But let’s put it into perspective right away: while we have just learned that the highest age that a human being could reach has a ceiling of 150 years – the ultimate moment at which cell renewal no longer takes place to compensate for trauma -, this gain of three years promised to those who would be very vigilant on their diet, their sleep, their physical exercise and their relaxation concerns only … the biological age. That is, the one that results from the damage and loss of function of our cells as we age. And that doesn’t always correspond, in a good or bad way, to our “real” age.

It is still reassuring to learn that this biological age can be “rejuvenated” very quickly from simple changes in lifestyle and diet. The study that demonstrates this mechanism was carried out from a randomized trial conducted on 43 healthy adults aged 50 to 72 years. It consisted in making them follow for a relatively short period, only 8 weeks, a program including advice on diet, sleep, physical exercise, relaxation, program accompanied by supplementation of probiotics and phytonutrients. As a result, the biological age of the active participants was, at the end of the program, three years younger than that of the control participants!

An action on DNA methylation

This spectacular effect is linked to the impact of the regime imposed by the program on the equilibrium of methylation, ie the modification of the chemical composition of DNA. “These results appear to be consistent with existing studies that have examined the potential for biological age reversal,” said Kara Fitzgerald, lead author of the study. The latter states that the trial that was conducted “is unique in its use of a safe, non-pharmaceutical diet and lifestyle program.”

“The peculiarity of Dr. Fitzgerald’s approach is that his essay devised a natural strategy to target our body’s methylation system and provides a first glimpse into the possibility of using natural alterations to target epigenetic processes. and improve our well-being and maybe even longevity and lifespan “; adds epigeneticist Moshe Szyf, co-author of the study.

The researchers are currently in the process of recruiting participants to conduct another trial, this time larger, which they hope will corroborate the results of this recent work. Their goal is to measure even more precisely the impact of changes in dietary practices and lifestyle on DNA methylation models that predict both aging and the risk of age-related diseases.