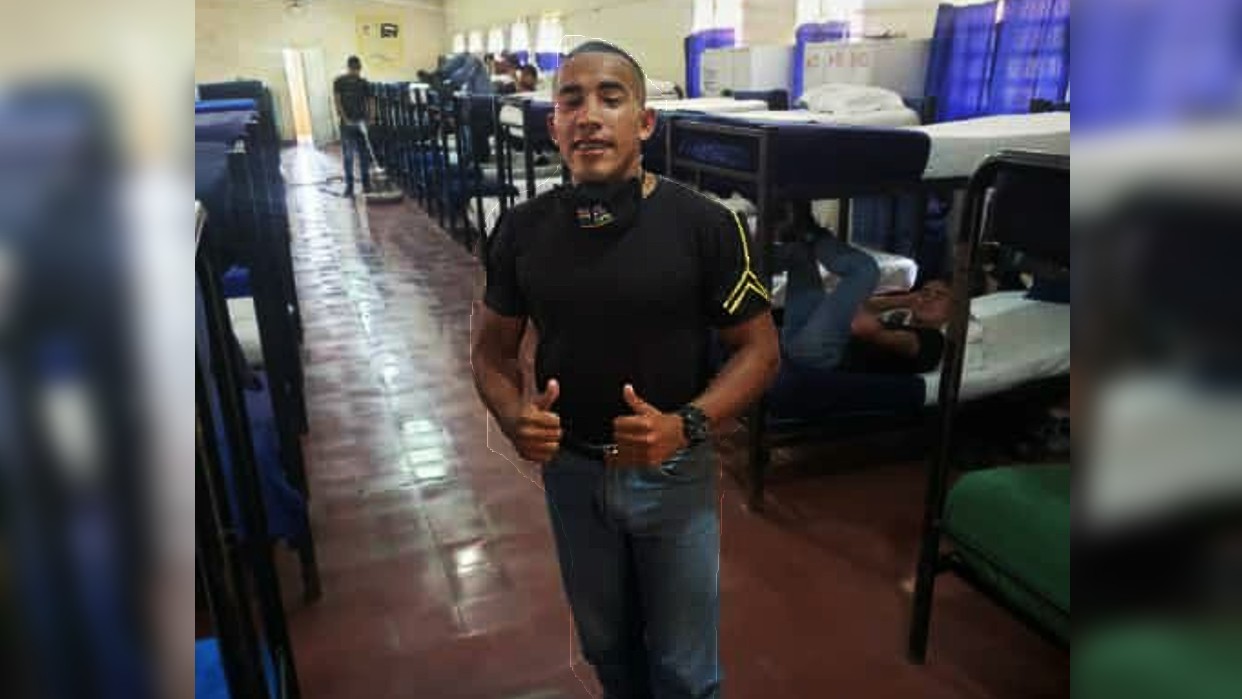 “He was always the first in everything, in his studies he was a great student, in the sports he practiced there was no one who would beat him, he was very competitive and a serious person, his life-long dream was to be a policeman, unfortunately he died trying to To achieve that dream, he had managed to be among the first of his class in which he was an Honor Guard ”.

This is how they describe Yonaiker Alexander Calderón López, the student from the National Experimental University of Security who lost his life at dawn last Wednesday, September 15 in El Junquito, during the tenth course of Tactical Operators that he carried out with his fellow promotion in the headquarters of the Command School located in El Junquito.

According to the official minutes, the students were sleeping in tents when a dry tree split at its base and fell from a height of about 15 meters onto the tent in which Calderón López was crushing it.

That same minute, the young man was treated by the tactical paramedic of the course, who performed cardiopulmonary resuscitation while he was transferred to the Miguel Pérez Carreño hospital, a center to which he would have been admitted with a pulse, however in view of the severity of the traumatic brain injuries and closed chest that he suffered died within minutes of his admission to the health center.

Yonaiker Calderón was an orphan of both father and mother and grew up with an aunt who was always in charge of turning him into a decent and hardworking young man, who dreamed of helping his neighbors from the ranks of the police.
Her relatives recalled that Yonaiker left a two-year-old girl, “who was his adoration, and now the same story that he lived is repeated, the little girl was orphaned, so we ask that they help us with a pension for education. of the baby, who doesn’t deserve to have lost her daddy like that. “

“We live in an isolated area of ​​Barlovento, in the El Cristo sector, on the road between Río Chico and El Guapo, in Miranda state, and that help would allow us to get ahead in these tough and difficult times,” the family members finally indicated. of the deceased youth.