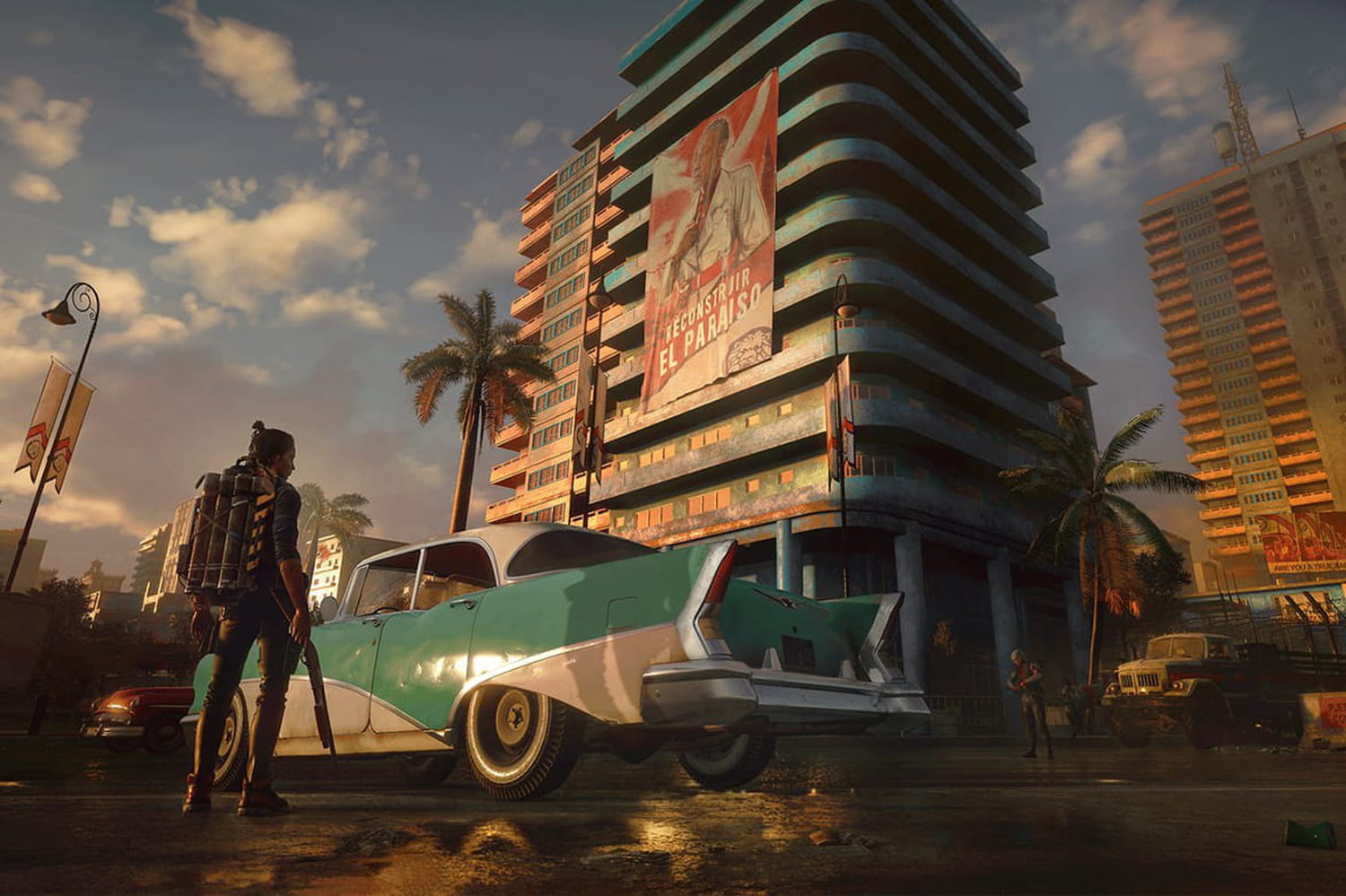 A gameplay trailer for Ubisoft’s new FPS was released on May 27. Release date, new content, what to take away from this presentation?

[Mis à jour le 31 mai 2021 à 11h55] Far Cry 6 is long overdue. Initially scheduled for the beginning of 2021, the release date of Ubisoft’s highly anticipated FPS has been postponed several times before being now set for October 7, 2021. Information that has enough to satisfy the players of the franchise, although they will have to wait a few more months before getting their hands on Ubisoft’s next game. But this information is not the only one that we could hear during this gameplay presentation. So what’s new in this sixth episode? We will summarize for you what we know.

First, the place of action. Far Cry 6 will take place on Yara Island, a tropical paradise frozen in time and cut off from the world after a bloody revolution nearly half a century earlier. The player will be able to explore its different landscapes, from the decrepit streets of the capital to the lush jungles using different means of transport, cars, two-wheelers, horse … And yes because Yara is also a complex and eclectic fauna allowing to add a lot of life to its tropical forests. Enough to vary the gameplay and promote the immersion of many of its players.

Any good Far Cry must have a charismatic antagonist. We can say that on this point Ubisoft has put the package since it will be embodied on the screen by Giancarlo Esposito (Breaking Bad, The Mandalorian). He plays the role of Anton Castillo, a ruthless dictator wishing to restore Yara to its former prestige. But his vision comes at a price, the price of blood and his numerous abuses against its inhabitants have pushed his country to the brink of revolution. It’s up to Dani, the character played by the player, to kick Castillo out of power. A quest mixing political ideals and personal revenge that promises to be more than captivating.

Another new feature in Far Cry 6 gameplay is the emphasis on customization possibilities. The player has control over Dani’s appearance, with a female model and a male model having their own lines of dialogue. But he can also customize his equipment and vehicles. So many possibilities allowing everyone to forge their own revolution. In addition, the accent is put on resourcefulness, in particular at the level of the weapons often composed of materials of recovery and the rather original operations, which will allow Dani to overcome the many obstacles which await him.

These 10 minutes of gameplay sequences were able to arouse the excitement of fans of the franchise, who expect a game worthy of the success of Far Cry 5. As a reminder, during its first week on our shelves, the previous Far Cry (if the ‘we put aside Far Cry New Dawn, rather an extension of Far Cry 5) generated nearly 310 million dollars in turnover, enough to make the biggest triple A blushes on the market. Far Cry 6 is eagerly awaited, and we’ll see you on June 12 for more information at E3 2021 and the Ubisoft Forward conference.