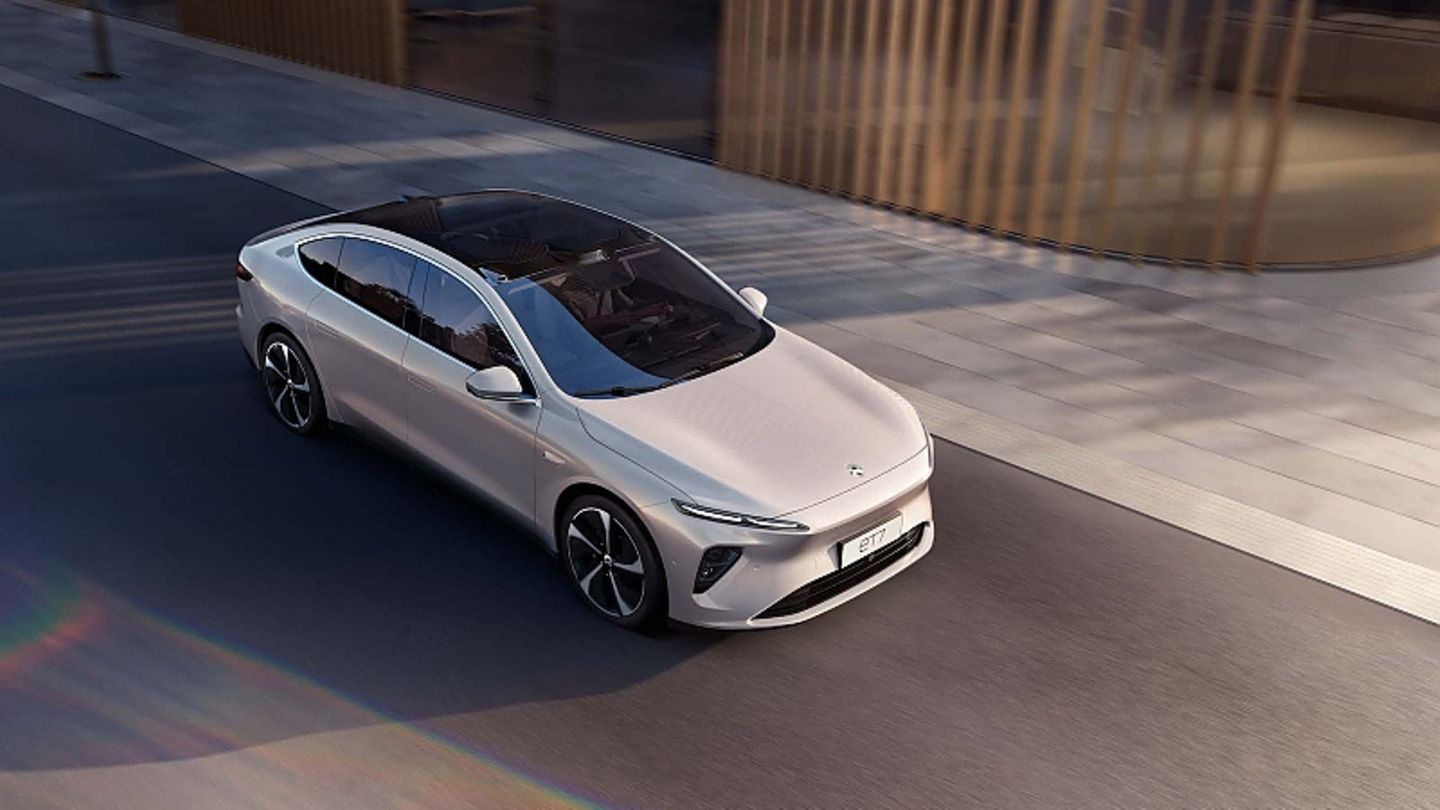 Exchangeable batteries for electric cars
The next try

When the trend towards electric cars slowly picked up speed a few years ago, replaceable batteries suddenly became a hot topic because they eliminated the problem of long charging times. So far, the technology has not been able to establish itself. But some companies in China are still dreaming of the exchange service.

The exchangeable batteries initially sound like a perfect solution. Simply have the battery in the underbody of the vehicle replaced at a special filling station, which at an appropriately equipped station does not take longer than refueling a petrol or diesel engine. In five minutes you can regain power for the next 400, 500 or more kilometers – not only the eyes of electric fans shine. But the whole system has several catches. On the one hand, you swap your supposedly new battery for an older model with a lower capacity and a correspondingly shorter range. If the car including the battery is bought and not rented or leased, a problem that should not be underestimated in the mind of the customer, who pays a lot of money for his vehicle.

On the other hand, there must be significantly more batteries than vehicles. These batteries are then charged in the stations and are ready to be exchanged. The problem with an electric car is that by far the most expensive part is the respective battery pack. And many manufacturers still do not get as many batteries as they actually need for the plug-in hybrids and electric cars offered. From the cost side, the bill with hundreds or thousands of battery reserves in the gas stations is a serious problem. Who should pay for these batteries in the end and how problematic is it to set up such a system with the corresponding filling stations and the countless replaceable batteries.

But these two problems are probably even smaller than the problem that the system, which Shai Agassi was already selling as the perfect solution, especially Nissan and Renault, lives from participation. A car manufacturer alone cannot achieve anything here and even a group of companies like Volkswagen, Hyundai or Stellantis would have difficulty getting enough vehicles on the road to make the system a success and the additional costs bearable. Ultimately, none of the European car manufacturers opted for a switch system and instead they are relying on the development of a comprehensive fast charging network that allows the vehicles to increase to at least 80 percent of the charging capacity in a reasonable time. Step by step, more and more manufacturers have started expanding fast-charging networks – a process that did not work with the exchangeable batteries.

Since the costs for battery technology and fast charging networks are gigantic enough, it can hardly be assumed that volume manufacturers in Europe or North America will rely on the expensive system of exchangeable batteries. At best, there could be a chance in China, where not only Nio has its batteries in the underbody replaced. In its two research centers in Jiading near Shanghai, the Chinese electric car manufacturer is not only working on new vehicles and drives, but also on improving the exchangeable batteries. With the entry into the market in Norway, these are now also coming to Europe. From autumn the three models ES8, ES6 and EC6 will be offered in the Scandinavian model state for electric mobility – with exchangeable batteries, which will reduce the purchase price of the vehicle by up to 10,000 euros. The first four stations are scheduled to go into operation this year. More of the so-called swap stations will follow in 2022, so that the most important cities and routes in Norway are to be covered. But as in China, Nio is not only relying on battery changes in Norway. In addition, a separate network of superchargers is to be gradually created.

Renault, too, had for a long time offered its electric model Zoe with an additional service fee, which slightly obscured the true price of the car; has since turned its back on the system. Here, however, it was all about apportioning the battery costs, because the battery of the Zoe itself was not replaced. In China, Nio is not the only manufacturer that relies on exchangeable batteries. Brands such as BAIC and the electrical sub-brand BJEV, Changan or Geely are also experimenting with corresponding exchangeable batteries in some models and the competition is discussing how to standardize battery packs so that, at best, not just one brand can replace the battery packs at the changing station.

As difficult as it might be for cars with exchangeable batteries, the chances are good with cargo bikes for courier services or scooters. While some electric scooters are still on the move with built-in battery packs, some of the new companies that rely solely on electric scooters have installed batteries that can be recharged in the apartment with a flick of the wrist. The step is not far to open up to a system for exchangeable batteries. However, this should primarily be an issue for scooters and cargo bikes that are in commercial use and the long charging time would cost too much time and therefore money.