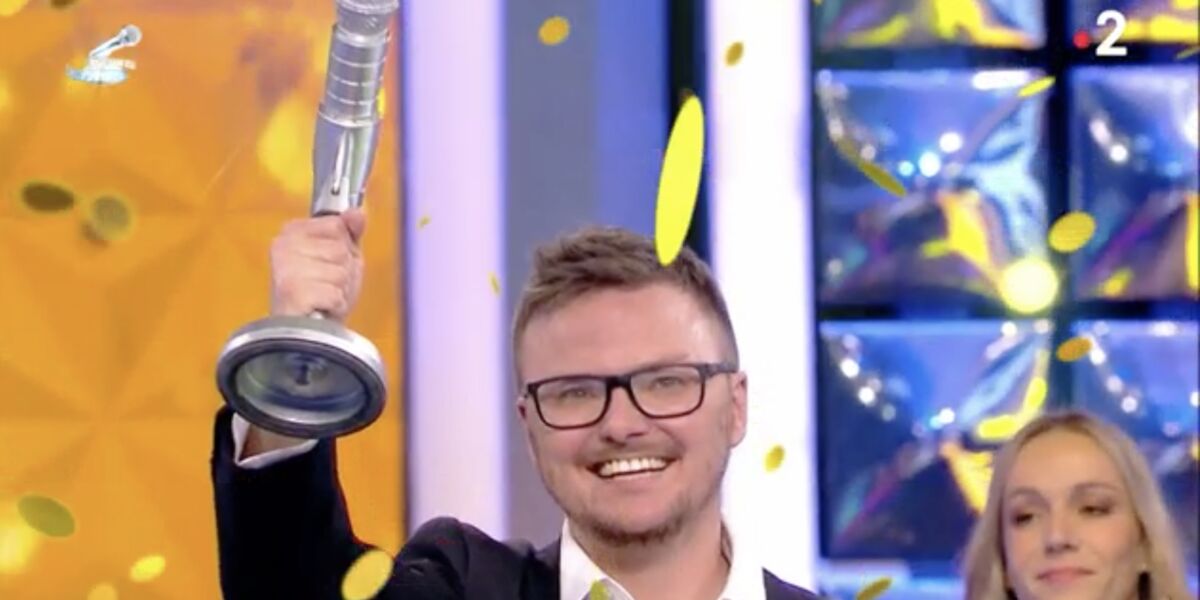 End clap for the Masters 2022 of Do not forget the lyrics ! This Saturday night, Nagui presented the last evening of competition on France 2. After a month of play, four semi-finalists faced off: Renaud (n°4 at ranking) et Elodie (#32), followed byHervé (#6) and Manon (n°10). The two young women unfortunately lost at the gates of the finalleaving the field open to the boys who each shone in a match. At the end of the return duel, it was the Belgian of the lot who won. A great first for Renaud! The teacher took stock of his adventure with Tele-Leisure.

Tele-Loisirs.fr : How did you approach this fourth year of participation in the Masters?

Renaud : I was much more relaxed than the previous times. My revisions were less, which meant that I had less preconceptions, if I lost. Last year, I put too much pressure on myself. I was studying up to 7 hours a day…

Each time, your great frustration is that you haven’t revised enough… But how can you not become dependent on your revisions?

Personally, I always have the pleasure of playing, in the sense that I have always listened to French songs. At the dawn of my initial journey, I often did my revisions during car trips, for example. And I kept this notion of pleasure a little. The day I would lose her, I would stop revising.

Have you changed your routine?

Not really, I continue to work continuously, an hour every day, rather than doing everything at the last minute. I try to do this gradually with my wife, who makes me revise the same songs (recurring theme in the game, editor’s note). I don’t know if I’ve prepared better in recent months. I think all the hard work over the past two years has paid off tonight.

What was your goal in joining these Masters?

I wanted to access the bonus and earn a little something, because we also revise for that. On the other hand, I didn’t necessarily want to win them, I don’t have that claim… I wanted to rub shoulders with “the best of the best” to see if my personal work would pay off!

Was there a moment in the competition when you felt unsafe?

Yeah, so I’m not going to say that I had any predictions about which candidates were going to qualify, but I knew that the extremely strong candidates were going to fall to me. Even if we are in a routine where people are more efficient than when I arrived. I knew that Kael was a candidate with very fresh knowledge, then Arsene (#32) was quite impressive. I also met Geoffrey (n°14) and it is the one that has revised the most this year! So I only came across strong people… And that’s what I like! I’d rather lose to these kinds of profiles than win against a more relaxed person.

The final against Hervé is ultimately the meeting between two “old hands”. Does this position bother you?

No way ! It will soon be 4 years that I am in the family Do not forget the lyrics and facing Hervé, who is an emblematic candidate, is a bit funny, indeed. In the sense that we see that the old ones have adapted to the new formula with “Super Masters”. But if we are competitive, we have to adapt! Then I find it good, finally it pushes us to learn pieces that are out of the ordinary or from our repertoire.

How did you experience this final?

Rather well, even if I didn’t see a winner in view of the first round. What made the difference was the second same songan unprecedented Confidence pour confidence (by Jean Schultheis, editor’s note) that I had worked on and so I went quite far in the lyrics. Hervé mastered it much less…

With this great victory, you have finally proven to yourself that you can tame the pressure!

Yes, and it’s a bit contradictory. When I put less pressure on myself, I perform much better. During the Masters League last year, which I had the chance to win against the first four candidates in the ranking, I went there being very relaxed. I would say that I was in the same frame of mind this time around. Whatever happens, just by getting on the set, I have already won. It also did me good to see friends like Toni (n°27), Hervé, to discover more recent candidates like Kaël and Geoffrey. When we talk about family, it’s not faked!

You leave with a nice sum. Do you have projects to carry out with your 76,000 euros?

We intend to install photovoltaic panels to be able to save on energy, to have greener energy. And then to be able to travel a little further than Europe!

the best offers valid only 24 hours

Canada champion of the Davis Cup!