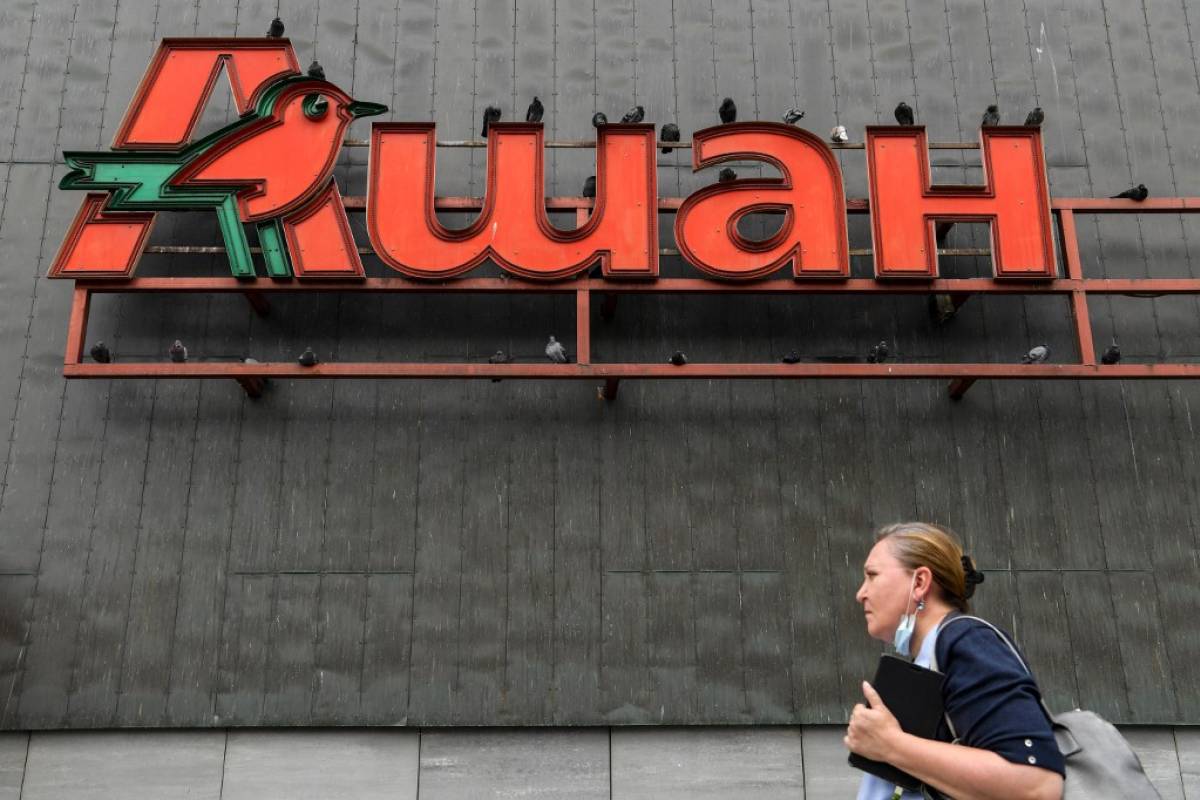 France is the second largest direct investor in Russia and French companies are the first foreign employer in the country.

Auchan has 240 stores in Russia and employs 30,000 people, including around ten expatriates. (AFP/KIRILL KUDRYAVTSEV)

Sanctions against Russia after the invasion of Ukraine cause turbulence for the global economy. And for French companies, many of which are established in the country, the situation is very uncomfortable, between supply difficulties and the desire to remain neutral in the political conflict.

Renault, Leroy Merlin, Auchan and even Danone are well established in Russia, recalls

Monday February 28. And for the moment, they remain very discreet, because

the eye of Moscow weighs on their slightest actions and gestures.

Officially, nothing has changed since the start of the war and the sanctions. But according to

, unofficially, these companies say they are having difficulties. Starting with personnel management: repatriating foreign nationals is seen as a gesture of defiance towards Vladimir Putin.

The economic ties between France and Russia are close, stresses

. The subsidiaries of French companies are the largest foreign employer in Russia, with 160,000 employees – mostly locals. For example, Auchan has 240 stores in Russia and employs 30,000 people, including around ten expatriates. In total, 35 CAC 40 companies are established in Russia.

Since the annexation of Crimea in 2014,

most of these companies have set up local supplier networks

to escape the international turmoil, says

. But the supply remains complicated, especially after the closures of airspace. The Renault factory in Russia, for example, is closed on Monday for lack of parts. The French manufacturer is the first in the country with its Avtovaz joint venture, which manufactures Ladas.

The financial sector will also be impacted, in particular by the exclusion of several large banks from the Swift banking payment system. Société Générale, owner of Rosbank, will in particular be directly impacted by the sanctions.