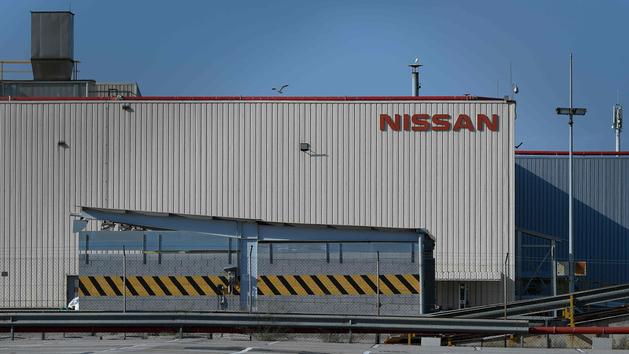 The Alliance between Renault, Nissan and Mitsubishi, whose difficulties have increased with the health crisis linked to the coronavirus, presented this Wednesday a new strategy “aimed at improving the competitiveness and profitability of the three companies” The groups have decided to bet on competitiveness and to end the race for volumes, announced Wednesday Jean-Dominique Senard, president of the Franco-Japanese alliance, at a press conference.

In this new model, “each member will become a referent in the regions where he has the best strategic assets and will act as a facilitator and support for the competitiveness of others“, Explains the Alliance in a press release.

“The alliance is the keystone of our resilience and our competitiveness (…). Today, the new alliance model is refocusing on efficiency and competitiveness rather than volumes“Explained Jean-Dominique Sénard, thus breaking with the strategy initiated by the ousted former boss Carlos Ghosn. “There is no doubt about the future and how we will operate (…) there will be no turning back“, He added solemnly.

In addition, the manufacturers announced on Wednesday that they will jointly develop and produce “almost 50%Of their models by 2025 in order to improve profitability. This pooling “should reduce costs and capital expenditure by model up to 40% for vehicles designed under this new scheme“, Announced the Franco-Japanese alliance in a press release.

These announcements come at a time when Nissan and Renault, already in great difficulty before the crisis caused by the Covid-19 pandemic, must unveil severe savings plans on Thursday and Friday, respectively, including site closings and job cuts.

The new strategy of the three companies presented on Wednesday will increase synergies and therefore reduce costs in their different activities. This strategy is based on a “leader-follower», With a benchmark company by model, geographic area and technology, the other two partners benefiting from the leader’s know-how and industrial capabilities.

So, “synergies will increase in order to maximize the sharing of fixed costs, as well as the exploitation of each company’s assets“Says the alliance.

The objective is to “strengthen the standardization strategy (…), from the platform to the complete vehicle” The production of jointly designed vehicles will be combined in a single factory of the group “when it (will) be deemed relevant“

Regarding the geographic distribution, Nissan will become the benchmark in China, North America and Japan. Renault will be for Europe, Russia, South America and North Africa. Mitsubishi Motors will be the leader for the countries of Southeast Asia and Oceania.

Nissan will take orders for autonomous driving and for the engines of future electric models developed on dedicated platforms.

Renault will be responsible for connectivity technologies based on the Android operating system (operated worldwide except in China where Nissan will be the leader) and on the electric-electronic architecture of vehicles. The diamond group will also be responsible for powertrains for electric vehicles derived from thermal platforms.

Finally, Mitsubishi will be the benchmark in plug-in hybrid technologies (gasoline-electric) for medium and large vehicles.

See Also:  How Time Magazine names the “Personality of the Year” each year