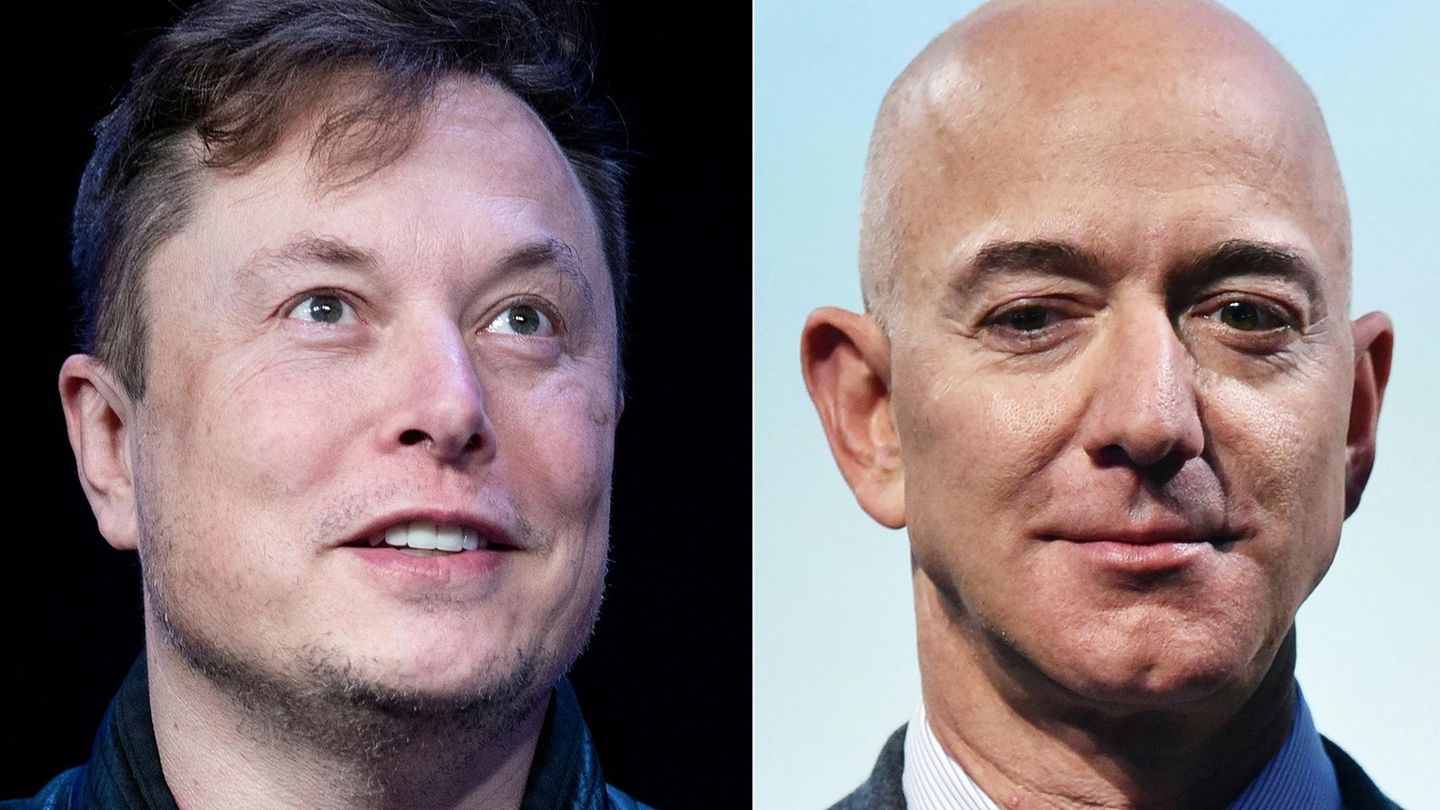 Those who earn a lot also pay a lot into the tax pot; this is what most Americans think. A tax data leak, however, now wants to prove that the super-rich are shirking income tax – in a completely legal way.

According to an American media report, Amazon founder Jeff Bezos, Tesla boss Elon Musk and other super-rich US celebrities have paid little or no income tax in recent years. Some of the richest US citizens paid “little income tax in relation to their massive wealth – and in some cases none at all,” according to a report published on Tuesday by US investigative platform Propublica. The tax avoidance strategies were not illegal.

Bezos did not pay a cent in income tax in 2007 and 2011, and Musk avoided all income tax payments in 2018, the report said. The billionaire and former New York City Mayor Michael Bloomberg, the investor Carl Icahn and the philanthropist and investor George Soros are among those who would have used tax avoidance strategies on a large scale. The investigative journalists did not reveal how they got the confidential tax data.

The revelations destroy a myth

The wealthy celebrities have benefited from the way taxable income is defined in the United States, the report said. For example, US tax law does not take into account the growing value of assets such as stocks or real estate. Taxes are only payable on sales of such assets.

The research destroys the “fundamental myth of the American tax system: that everyone gives their fair share and that the richest Americans pay the most,” the report said. A Soros spokesman told Propublica that the investor did not owe any income tax between 2016 and 2018 because he made losses on his investments. Bloomberg and Icahn told the media they had paid all the taxes they were required to pay. The offices of Bezos, Musk, Bloomberg, Icahn and Soros initially did not respond to inquiries from the AFP news agency.

It is also noteworthy: Stock market guru Warren Buffett, who repeatedly speaks out in public for higher taxes for top earners, paid the lowest taxes of the 25 super-rich from 2014 to 2018, according to ProPublica. The 90-year-old head of private equity holding Berkshire Hathaway increased his wealth by $ 24.3 billion during this period, but only reported an income of $ 125 million with the tax authorities and ultimately paid 23.7 million in taxes. This results in a “true tax rate” of only 0.1 percent.

Buffett responded to the data leak with a detailed explanation, stating that he intends to donate virtually all of his wealth to charity. He believed that that way his money was more useful to society. Buffett also reiterated his support for a fairer tax system to reduce wealth inequalities among the population. Bezos was not ready to take a stand, according to “ProPublica”. When asked, Musk only started with “?” replied and then stopped responding.

Senator demands tax on the rich

The Senator Elizabeth Warren of the Democratic Party wrote in the face of Propublica research on the online service Twitter: “Our tax system has been tinkered for billionaires who do not make their fortune from income like working families do.” The US needed a tax on the rich “so that the ultra-rich finally pay their fair share,” she added. Warren has long campaigned for higher taxation of the super-rich, which should also include assets like stocks and real estate.

At a Senate hearing in Washington on Tuesday, US Treasury chief Charles Rettig confirmed that an investigation was underway into the revelations. “The unauthorized disclosure of confidential government information is illegal,” said a ministry spokeswoman for the AFP news agency. The matter had also been referred to the FBI and the federal prosecutor in Washington.

See in the video: It’s no secret that Facebook founder Mark Zuckerberg and Amazon founder Jeff Bezos earn a lot of money. But only the hourly salaries give you an idea of ​​how much money is actually involved here.