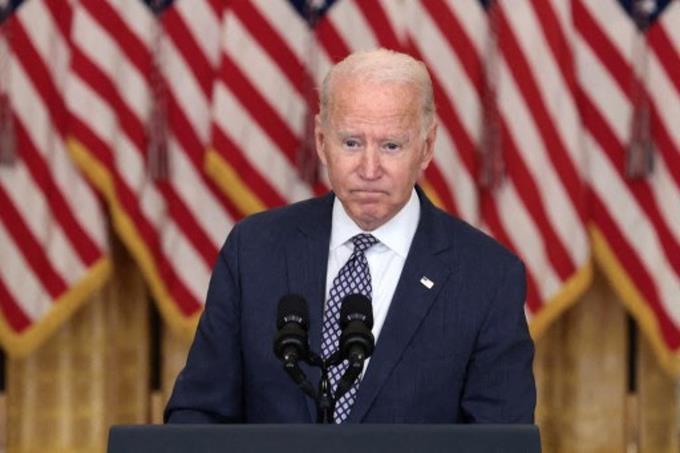 President Joe Biden’s energetic attempt to force millions of workers in the United States to get vaccinated against the coronavirus has met resistance from Republican leaders who threaten everything from lawsuits to civil disobedience, plunging the country into an upheaval. type of political-cultural conflict that has festered since the beginning of the pandemic.

In South Carolina, Governor Henry McMaster assures that he will fight “to the gates of hell to protect the freedom and livelihood of all the inhabitants of the state.” South Dakota Governor Kristi Noem, a possible candidate for the presidential nomination in 2024, says she is preparing a lawsuit. And JD Vance, a conservative seeking a federal Senate seat for Ohio, has urged businesses to ignore orders that he describes as Washington’s “attempt to intimidate and coerce citizens.”

“Only massive civil disobedience will save us from Joe Biden’s uncovered authoritarianism,” Vance declares.

However, Biden has remained firm in his position. In a visit to a school on Friday, the president accused the governors of being “arrogant” with the health of young Americans, and when asked about his enemies who could take the matter to court, he replied: “Let them try.” .

The rejection followed Biden’s announcement Thursday of a grand plan to curb the coronavirus as the highly contagious delta variant has contributed 1,500 deaths and 150,000 cases a day. Biden has mandated that all employers of more than 100 workers require them to be vaccinated or tested for the virus every week, affecting 80 million Americans.

Seventeen million more health center workers linked to the federal Medicare or Medicaid programs will also need to be vaccinated, as well as all employees of the executive branch and contractors who do business with the federal government.

The decision sparked the ire of Republicans in state capitals, Congress and those on the campaign trail, even among many who have supported vaccines and urged their constituents to get them.

“The vaccine itself saves lives, but this unconstitutional decision is terrifying,” Mississippi Governor Tate Reeves tweeted.

Texas Rep. Dan Crenshaw, who has promoted vaccine safety among constituents in his district, noted: “The right way is to explain, educate, and build trust, including explaining the risks / benefits / pros and cons in an honest way so that each person can make their own decision ”.

More than 208 million Americans have received at least one dose of their vaccines, but 80 million remain uninoculated, maintaining the inertia of infections.

Daily new cases of COVID-19 have increased by around 300%, hospitalizations 2.5 times and deaths almost double compared to the same time last year.

Although postvaccine infections have been reported among inoculated people, these cases tend to be less severe, and the vast majority of deaths and serious illnesses have occurred among those who have not received any doses.

The pandemic has worsened in many states where governors are stridently protesting the president’s actions. South Carolina, for example, registers an average of more than 5,000 new cases per day and has the second highest infection rate in the country.

A hospital system in that state began canceling scheduled surgeries for non-serious health problems in order to have staff available to care for the high number of COVID-19 patients.

In one part of Idaho, overcrowded hospitals have put in place new crisis rules to ration patient care. And in Georgia, hospitals have turned away ambulances bringing in the sick for emergency care or intensive care units.

However, Republicans and some union representatives say that the president has exceeded his constitutional authority. They particularly disagree with the idea that millions of people could lose their jobs if they are reluctant to get vaccinated.