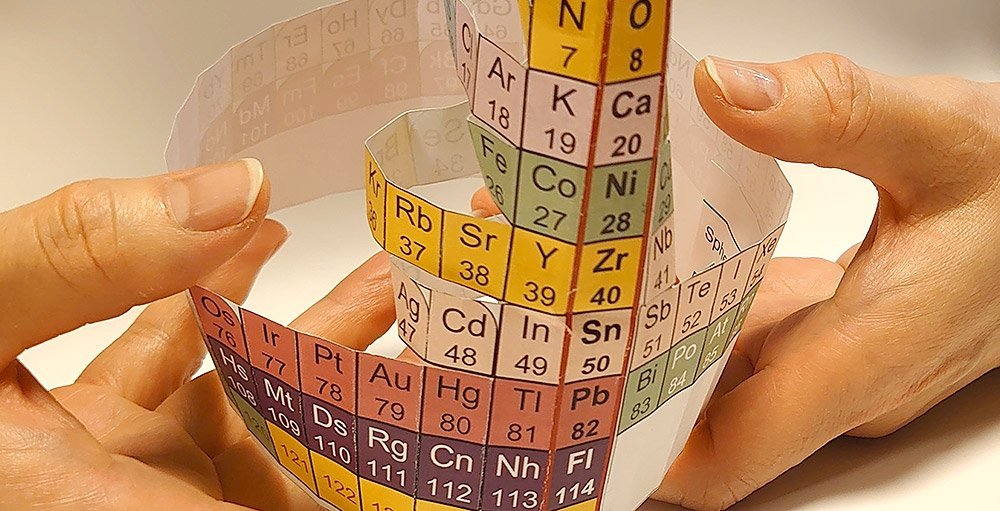 New sorting: For the first time, researchers have put together a periodic table in which the elements are grouped according to the filling of their core shells – and thus according to the number of their protons. Similar to how the number of electrons determines the chemical behavior of the elements, the core shells and their “magic numbers” influence the appearance and behavior of the atomic nuclei – and that is what the new arrangement now makes visible.

The periodic table of the elements forms the basis of chemistry. Because the position of an atom in this table reveals not only its atomic weight and the number of protons in the nucleus. It also allows conclusions to be drawn about how many electrons it carries in its shell and how it behaves in bonds and chemical reactions.

Shells in the atomic nucleus and “magic numbers”

But the orbitals of the electron shell are not the only ordering principle in the atoms. Researchers have long suspected that there are quantum-mechanical “shells” in the atomic nucleus that are gradually being filled by protons and neutrons. Analogous to the electron shells, full core shells could be energetically advantageous and give this atomic nucleus greater stability.

“When these nuclear orbits are filled with protons, they form stable nuclei – similar to the stable noble gases in the case of electron orbitals,” explains Kouichi Hagino from the University of Kyoto. In fact, observations show that atomic nuclei with certain numbers of protons or neutrons have a higher binding energy. With radioactive isotopes, this “magic number” is shown in a longer half-life.

A full core shell appears to have been reached at 2, 8, 20, 28, 50 and 82 for the protons – this corresponds to the elements helium, oxygen, calcium, nickel, tin and lead. In fact, these elements are particularly stable and also have a comparatively large number of stable isotopes.

“Magic group” instead of noble gases

To make this structure of the atomic nucleus and its influence clear, Hagino and his colleague Yoshiteru Maeno have now developed a periodic table in which the elements are not grouped according to their electron shells as usual, but according to their core shells. “In our nuclear periodic table, we place all elements with magic numbers in one column – similar to the noble gases in the common table,” the researchers explain.

This results in a table in which all elements with a full proton number are in the core shells. Also in this “magic group” is zinc with 40 protons, because this element probably has a full proton lower shell and therefore has a kind of “semi-magic number”, as Hagino and Maeno explain.

In the new nuclear periodic table, the state of the core shells of each element is easy to see: the further an element is from the “magic group”, the further its proton core shells are from the energetically optimal state. “Of course, you could also set up a very similar table for the neutrons and their magic numbers, but because the protons determine the membership of the element, this is clearer and easier,” the researchers explain.

At the same time, this table shows another characteristic of the atomic nuclei: All members of the magic group have spherical nuclei, as the scientists explain. The same is true for most of their immediate neighbors who have only one proton too much or too little. On the other hand, the elements, whose core shells are only about half full, are different: They are deformed even in the basic state and therefore have a slightly elliptical shape.

Useful addition to the classic table

According to the two researchers, their nuclear periodic table is a useful addition to the common element table – especially in teaching. Because it illustrates that the properties of atoms and elements are shaped both by their electron shell and by the structure of their nucleus. They hope that academics and chemistry fans will enjoy this fresh, slightly different view of the elements. (Foundations of Chemistry, 2020; doi: 10.1007 / s10698-020-09365-5)