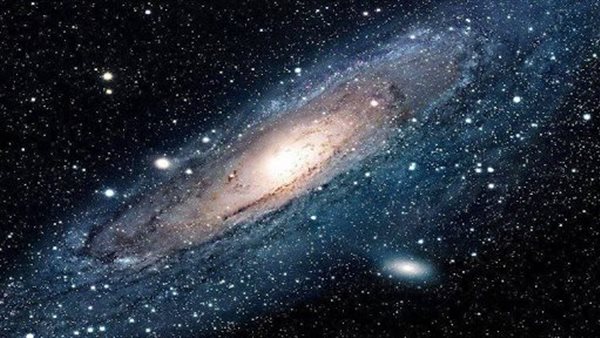 Astronomers have used the galaxy as a giant magnifying glass to look at galaxy clusters at the heart of the young universe.

The Cosmic Telescope gave the first in-depth view of the massive gas clouds that slowly condensed to fuel the formation of stars and galaxies shortly after the Big Bang.

These clouds of diffuse neutral gas, known as Damped Lyman-α systems (DLAs), can still be observed, but they are not easy.

An international team of researchers had to use a unique new instrument, along with a powerful telescope and a little help from nature to observe it.

Study author Professor Jeff Cook from Swinburne University of Technology in Australia said: “DLAs are essential to understanding how galaxies form, but are very difficult to observe conventionally. By using the powerful capabilities of the WM Keck Observatory, some transverse alignment of galaxies, and Einstein’s general relativity, we are able to We are able to observe and study these hugely important things in a completely new way, giving us insight into how the stars and planets form around us.”

Although this method allows scientists to pinpoint the exact locations of the DLA, the light emitted by the quasars only acts as small skewers through the massive cloud, hampering efforts to measure the total size and mass.

The new study found a way around the problem, by using a galaxy with gravitational lensing and integrated field spectrometry to observe two DLAs – and host galaxies within – that formed about 11 billion years ago, not long after the Big Bang.

Integrated field spectroscopy makes it possible to measure the spectra of many positions in a galaxy, for example, simultaneously.

Experts say DLAs are not only extremely important, they are also huge, and it would take more than 50,000 years to travel through each of them.

After the Big Bang, the DLA acted as galactic nurseries, leading to the formation of galaxies made of stars and gas.

But it has been difficult to observe because it is made mostly of hydrogen, which does not shine or glow.

The spectrum readings allow astrophysicists to “see” the elements in deep space through their invisible atomic fingerprints in the images.

This helps to understand the diffusion and movement of the gas and the initial formation of DLAs.

Collecting readings is usually a long and painstaking process. But the team solved the problem by performing integrated field spectroscopy using a Keck Cosmic Web Imager that can collect spectra on many parts of DLAs simultaneously.

This innovation, along with the bright, extended, gravitational lens background galaxy, allowed the researchers to map the gas diffuse into two DLAs.