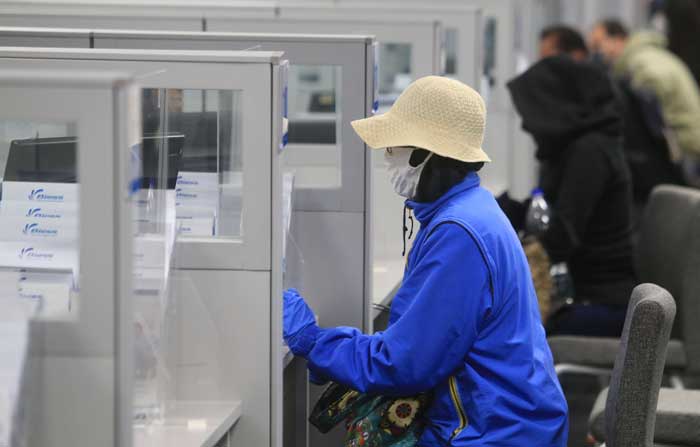 The demand for unsecured officers who delivers the Affiliate Bank (Biess) went down in all segments during the pandemic, except among the retired of more than 81 years, where the disbursements rather increased.

Abelardo Puca, 86, is part of that segment. The retired took out last July a unsecured of USD 10,000 in Biess.

The amount, which will be paid in 30 months, was used to pay the studies of his youngest son.

“He asked us for help to pay for his master’s degree. My wife and I decided to help him, ”he said.

Puca is retired and this is not the first time you have accessed this benefit, you have already requested small credits for travel, home arrangements or emergency expenses.

“El Biess is the only place where they give me loans, because at my age I am no longer subject to credit,” he said.

Pay the education of their children is not the only reason that explains the increased demand for credits Come in retired.

Last May, the then manager of the Biess, Diego Burneo, explained that more pensioners are applying for this financial product to help their children O grandchildren, who have lost the job on the economic crisis.

Therefore, although the delivery of unsecured people between 61 and 80 years of age fell, the decrease was less compared to that registered among the affiliates younger.

Dolores Muñoz approached a savings cooperative to request a loan of USD 3,200, but was denied due to age. In March, with the help of a niece, he produced a unsecured in the Biess.

The 75-year-old woman used the resources to pay x-rays, consultations with doctors Y medicines for her husband, who suffered a fall and injured his hip. The rest of money He gave it to his daughter who was unemployed in November 2020.

According to data from Biess, the group of people who have used the most unsecured credits during the pandemic is over 61 years old. Even in the last year, the participation of this group went from 34% to 38%, followed by affiliates whose ages range between 41 and 60 years.

For the economic analyst David castellanos, It is behaviour It is explained for two reasons. The first is that, in the context of the pandemic derived from covid-19, there were many layoffs and, by ceasing to contribute to the IESS, people lost the benefit to access this financial product.

In that sense, he explains, older adults were the help that those unemployed to meet needs within the Family nucleus. “Many grandparents live with their children and, given the lack of income of the heads of households, they took out unsecured workers to help build family businesses and reactivate themselves,” he said. The second reason is to attend everyday expenses of the house.

Carmen Moreira, for example, requested last December a unsecured to buy clothing and pay for the Christmas dinner for her and her husband, both 78 years old.

“My children did not want to expose us to the contagion of covid-19. In order not to lose the habit of dining, we opted to buy home-delivered dinners and buy a new set of clothes as we usually do on that date, “he said.

Moreira requested a loan for USD 400 from Biess; of them used half in Christmas Y end of the year. The rest of the money was kept in the account of a Bank What saving.

According to Manuel Muñoz, president of the Confederation of Retirees and Pensioners of Ecuador, an additional reason that more retirees have opted for these loans was to supplement their monthly income.

The leader explains that, with the health emergency and the restrictions to mobility In the country, pensioners could not go out to work, especially those who receive a low value, so they chose to seek liquidity in the Affiliate’s Bank.