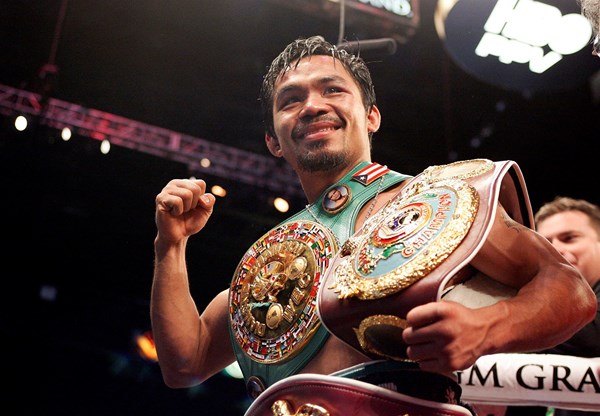 Filipino Manny Pacquiao announces his retirement from boxing permanently in order to devote himself to political work.

Filipino boxing “legend” Manny Pacquiao announced today, Wednesday, that he is retiring from boxing in order to devote himself to politics, after announcing his candidacy for the presidential elections in his country.

Pacquiao expressed the difficulty of making the decision, and said in a video posted on “Twitter”: “It is difficult for me to accept that my career as a boxer is over,” adding: “Today, I announce my retirement.”

Pacquiao’s decision comes 10 days after he announced his candidacy for the presidential elections that will take place on May 22, 2022.

To the greatest fans and the greatest sport in the world, thank you! Thank you for all the wonderful memories. This is the hardest decision I’ve ever made, but I’m at peace with it. Chase your dreams, work hard, and watch what happens. Good bye boxing. https://t.co/Bde4wO82sA

I boldly accept the challenge of running as PRESIDENT of the Philippines. We need progress. We need to win against poverty. We need government to serve our people with integrity, compassion and transparency. The time is now. I am ready to rise to the challenge of leadership. ???????? pic.twitter.com/suN1zFTxyW

It is noteworthy that Pacquiao, nicknamed “Pac-Man”, is the only boxer in history to win the world title in 8 different weight classes.

Pacquiao entered politics in 2010, when he was elected an MP, before becoming a senator in 2016.