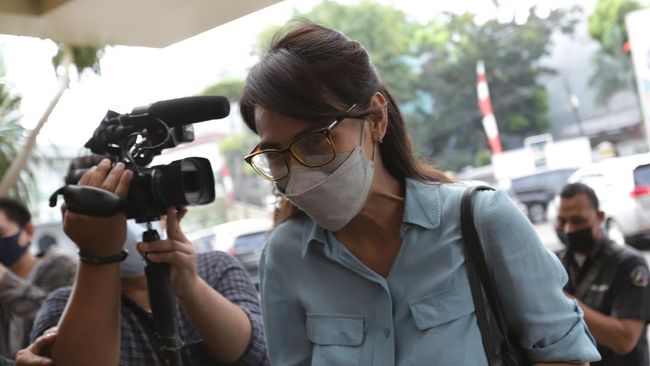 Not long ago, the Banten High Court (PT) granted Wenny Ariani’s lawsuit against artist Rezky Aditya, Bunda. The assembly stated that Rezky Aditya was the biological father of the child born to Wenny Ariani.

The following is the verdict of PT Banten as read by Binsar Gultom:

In the exception upheld the decision of the Tangerang District Court Number 746/PDT.G/2021/PN.TNG.

In the subject matter. Cancel the decision Number 746/PDT.G/2021/PN.TNG by adjudicating themselves:

“It was decided by the chairman of the panel of judges, Solahudin SH MH, with members Viktor Jagoto SH MH and Immanuel Sembiring SH,” said Binsar Gultom, who had caused a stir when he tried the case of the deadly cyanide coffee with the defendant Jessica.

The reason PT Banten granted the plaintiff’s appeal was that the panel of judges referred to the legal umbrella of the Constitutional Court’s decision No. 46/PUU-VIII/2010. This is also explained by the plaintiff’s expert witness, Arest Merdeka Sirait, namely that children born out of wedlock have a civil relationship with their mother and mother’s family and with their father which can be proven by science and technology.

“Based on that reason, PT Banten is of the opinion that a girl is the biological child of the appealed/defendant so that the appeal/defendant can prove otherwise,” said Binsar Gultom.

Mother, also see 5 recommendations for watching on YouTube that can make children smarter in the following video: