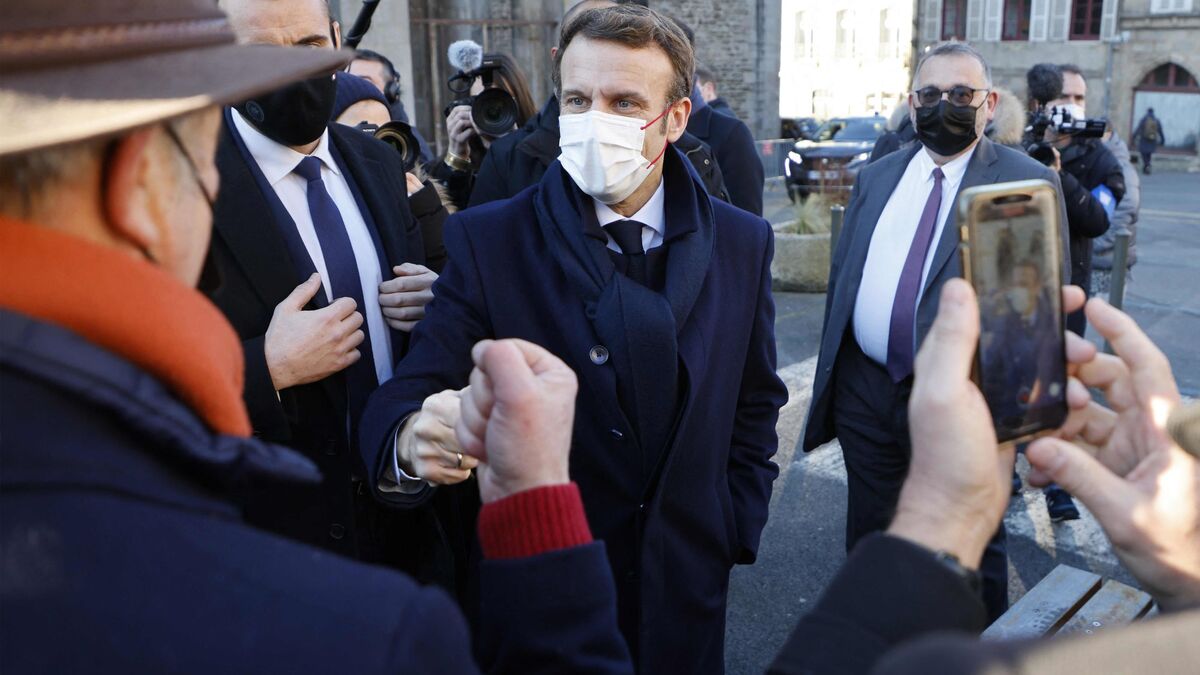 The executive is looking for a parade in the face of rising fuel prices which is eating away at purchasing power ten weeks before the presidential election. Traveling this Tuesday to Haute-Vienne, Emmanuel Macron indicated that the government was working on new measures to cushion this increase for the French, while acknowledging that “very few measures have a substantial impact on something that does not depend on we “.

“We must support our compatriots in the most effective way, the question will arise for the government of whether more needs to be done,” he said during a walkabout in Saint-Léonard-de. -Noblat, two and a half months before the presidential election.

Faced with soaring prices, the government is already in the process of distributing “anti-inflation” checks of 100 euros to 38 million French people, after having blocked or slowed down the prices of gas and electricity. “The government continues to work on these issues with producers and distributors, depending on the evolution of prices, to seek practical measures. But there are very few measures that have a substantial impact on something that does not depend on us and which are world prices,” he lamented. “And if we want to do it in a timely manner, the instruments are quite small”.

A solution “maybe in the week”

In the longer term, he judged that the key was to be less dependent on fossil fuels and imports. Bercy confirms for its part that a solution will emerge “perhaps in the week”. The Minister of the Economy Bruno Le Maire is to be received by Jean Castex at Matignon on Tuesday at the end of the day, for an interview which could make it possible to clarify the details.

According to concordant sources within the executive, this could involve raising the scale used to calculate the mileage allowance, which concerns 2.5 million taxed households declaring their actual costs. Will this be enough to prevent any eruption on a subject that was at the heart of the Yellow Vests movement in 2018?

If the establishment of “whatever the cost” during the Covid crisis rather brought to the credit of Emmanuel Macron, “there were complicated moments” during the five-year term, notes the director of political studies of Kantar, Emmanuel Riviere. That is to say “symbols which could have given the feeling that we were taking from the pocket of certain French people”, he adds, citing for example “the increase in the CSG for retirees”, or even “the decline in APL”.

Kinesthetic, intrapersonal… What kind of intelligence do you have?