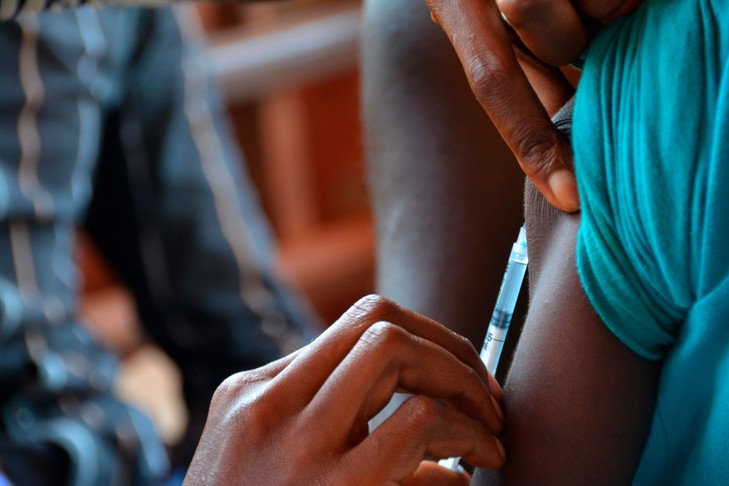 Measles is far from eradicated, and it continues to kill, including in areas where there is no suspicion or more. The World Health Organization (WHO) has hammered the message for years, nothing works: the virus continues to spread, and the first responsible is often non-vaccination. For example, in the Samoa Islands, where the epidemic, which erupted in mid-October, has already caused 60 deaths, most of them children under four. Here, only 31% of the population is vaccinated, which makes it particularly vulnerable.

Despite emergency measures, including the closure of schools, measles is progressing rapidly in the archipelago. And for good reason : "It's an overly contagious virus, five to ten times more than the flu"says Paul-Henry Consigny, a specialist in infectious and tropical diseases at the Institut Pasteur in Paris.

The authorities in Samoa report about 100 cases for the last few days alone, bringing the number of patients to more than 4,000 – out of a population of no more than 200,000. Beginning a massive vaccination campaign this Thursday, December 5, they ask people who are not yet vaccinated to display a flag or a red cloth in front of their home to facilitate the operation.

If this health crisis is of particular concern to WHO, it is because it reveals a clear setback in the global fight against measles. "Since 2011, the numbers are all more disturbing than the others"says Dr. Paul-Henry Consigny, Institut Pasteur. "We are witnessing a worrying global outbreak, particularly in Africa, but also in Europe, and particularly in France. Here as elsewhere, the cause is the same: the lack of vaccination, whether it is linked to a problem of provision or infrastructure as is the case in less developed countries, or to a mistrust vis-à-vis -vis vaccines as seen in Europe ", the infectiologist analyzes.

The figures speak for themselves: + 300% of cases in the world between the first quarter of 2019 and the same period in 2018. In Europe, Great Britain, Greece, Albania or the Czech Republic have also seen resurgence this year. disease they thought belonged to the past. Ditto in France, where mistrust of vaccines pushed the state to legislate. Since January 1, 2018, MMR (for measles, mumps, rubella) is mandatory for infants. But adults are far from being spared, says Dr. Consigny. "CLike many childhood diseases such as chicken pox, measles is more serious when you are older. It can lead to cardiac, pulmonary or neurological complications that are fatal. "

To stop the spread, only one solution according to international organizations: improve immunization coverage. And fight against "Misinformation and mistrust" which are "The real epidemic" according to Unicef.

The death of the historian Miguel Artola (San Sebastián, 1923), one of the fundamental renovators of historiography in Spain...
Read more

US West Texas Intermediate's crude oil futures rose more than 5% on Friday, the last trading day in May,...
Read more

Page raises May 31 to honor the heroes of the Covid-19 The President of Castilla-La Mancha, Emiliano García-Page, has...
Read more

Like the main international companies in the sector, Portugal's flagship airline, TAP, is going through a critical moment in...
Read more

Page raises May 31 to honor the heroes of...
Read more
News

A video was made of two police SUVs plowing...
Read more

The death of the historian Miguel Artola (San Sebastián, 1923), one of the fundamental...
Read more

Page raises May 31 to honor the heroes of the Covid-19 The President of...
Read more