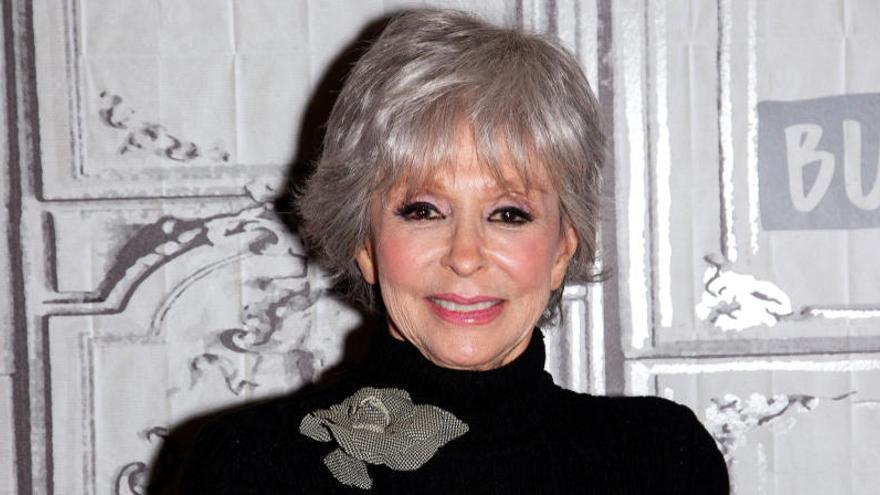 Rita Moreno, in an image from 2019.
Shutterstock

Rita Moreno was the queen this Friday of the Sundance Festival, the most important appointment of who independent, with ‘Rita Moreno: Just a Girl Who Decided to Go for It’, a documentary about the lights and shadows of the life of the Latin legend directed by the Puerto Rican Mariem Pérez Riera.

Moreno, who is one of the 16 people in history with an “EGOT” (winners of at least an Emmy, a Grammy, an Oscar and a Tony), participated today in the premiere of this documentary that, like the rest of Sundance’s programming this year, was virtual due to the pandemic.

“I had to think about doing this when Brent Miller (one of the producers of the documentary) came up with this idea,” he confessed in the post-premiere discussion. “But once I made up my mind to do it, the next thing was to promise myself that I would be as honest as I could. That was the intention, that was the goal. Sometimes it was very difficult to be as frank as I had planned, but I remember that I thought, ‘Whatever questions they are, I have to answer them as best I can.’ And that meant I had to be honest, “he explained.

For his part, Pérez Riera stressed that in this film they not only aspired to portray the public face of Moreno. “We wanted to show the human being. It was very important that he opened up to us. And our way of doing it was through a ‘cinéma verité’ style, “he said.

In this sense, the filmmaker stressed that that is why Moreno appears in the film sometimes without makeup, driving his car, returning home after a long day at work or preparing breakfast. “We wanted to show a woman that she is first a woman and then she is a star,” he said.

From her origins in Puerto Rico to her impressive triumph in show business to her arrival in New York as a child, ‘Rita Moreno: Just a Girl Who Decided to Go for It’ explores the successes of the winner of the Oscar for ‘West Side Story’ (1961) but also the darkest and murky corners of his life.

For example, Moreno talks here about the sexual harassment that he experienced as a young man in the film industry and also tells how her agent in Hollywood raped her.

The road to fame was full of obstacles and dangers for Moreno as a woman and also as a Latina, since had to fight racist prejudice and against some studios that offered him stupid roles full of offensive stereotypes.

“I hope that all the people who have suffered discrimination and prejudice because of their race or gender (…) find this movie inspiring,” said Pérez Riera.

But the documentary, which does not forget Moreno’s turbulent romance with Marlon Brando or his not-so-idyllic marriage as it seemed with Leonard Gordon, also looks with humor and great sympathy at an absolutely brilliant career, and also draws an artist full of vitality about to turning 90 years old, and he remembers in the same way his facet as an activist throughout the decades.

In this tribute to Moreno the stars are not lacking. Eva Longoria, Morgan Freeman, Gloria Estefan, Lin-Manuel Miranda, Norman Lear, Whoopi Goldberg, Héctor Elizondo or Justina Machado are just some of the voices of ‘Rita Moreno: Just a Girl Who Decided to Go for It’.

And, from what he said today with a smile, Moreno is sane for a while. “I’m 89 years old, I’m still here, my brain is still working (…), I have a documentary about my life, I have a new version of ‘West Side Story’ (directed by Steven Spielberg and due to be released in December) .. . “, he listed. “Right now I’m great, I’m one of the coolest 89-year-olds I know. I have a cap, I should have worn it today, that says, ‘Up to this point I’ve never been as old as I am now.’ And I love it.” joked.