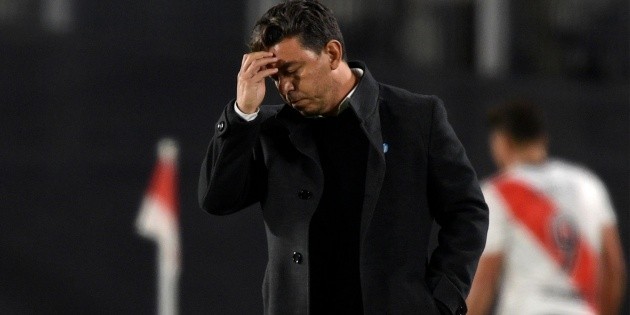 From small to big problems, during this 2021 River could never finish being calm. The objective of doing the preseason in the United States was that: to disconnect a little from the “noise” and “lights” of Buenos Aires to work under the sun and heat of Orlando. So far everything went as planned by Marcelo Gallardo, but what was not on the Doll’s agenda was that the three friendly matches that the team was going to play had to be canceled for different reasons.

In the first place, today River should have played against the Colombian team of America from Cali in the city of Miami, but in the absence of a stage to host the game – the city is preparing for the Gold Cup dispute – there was no choice but to cancel it. Moreover, also the two commitments that had been arranged in front of Barcelona from Ecuador, on June 30 and July 4 respectively in Orlando. The Ecuadorian team had a problem with the foreign visas of several of its soccer players and decided to postpone their trip to the United States.

Will River return without playing football?

With the return trip to Argentina agreed for him July 5th, the Doll will seek at all costs to be able to stop an eleven against a rival. In the last hours, President Rodolfo D’Onofrio also joined the delegation in Orlando and together with Enzo Francéscoli, Jorge Brito and the rest of the board of directors they will be looking in a hurry for a new team, either from the MLS or someone from abroad who is in a position to travel to the USA and measure themselves with the Biggest.