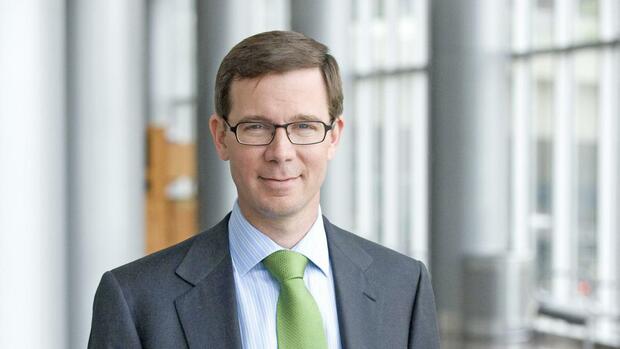 If there’s anyone who definitely turned the recent Springer takeover of politics website Politico into business, it’s Robert Allbritton. The 52-year-old founder of the successful special medium sold his creature to the Germans for an estimated more than a billion dollars. Springer was already on board as a joint venture partner in Europe. Now the Berliners are taking over the US medium completely.

Allbritton is a little-noticed, mini-media mogul focused on Washington. His father, Joe Allbritton, was a Texan who first made a fortune in Washington real estate and finance and then specialized in media.

As the only child, Robert Allbritton grew up in Washington, attended the best private schools and had access to the powerful and knowledgeable in the American capital. As a teenager, his father took him to business lunches and meetings so that he could learn how to deal and negotiate with people early on.

Just four years after graduating from Wesleyan University, the son entered the family business. First he worked at Riggs Bank, which was part of his father’s empire. The young man with a weakness for computers and politics quickly got bored there. He soon resigned and got a pilot’s license before returning to the family business at Allbritton Communications’ television stations.

It was the mid-1990s and 25-year-old Allbritton junior learned a lot about media and politics and the television market as CEO. Under his leadership, Allbritton Communications bought various television stations.

First of all, after a few years, he wanted to add an MBA. But it did not come to that because the father fell ill with cancer and in 2001 gave his son the CEO position of Riggs Bank in addition to the chief position at Allbritton Communications. The father was doing his pupil a disservice.

Because after the terrorist attacks in 2001, the banking supervisors took a very close look at the transparency of the banks, including that of Riggs. Allbritton inherited a money laundering problem at a young age for which the bank had to lay down $ 25 million.

The dream of a special medium for political junkies

But Allbritton’s heart was always beating for the media business even during his time at the helm of the bank. This is probably one of the reasons why he sold Riggs Bank to PNC Financial Group in 2005 for $ 652 million. Shortly afterwards, with the coffers full, he considered buying several television stations that the “New York Times” wanted to get rid of. But he decided against it – which, in hindsight, was one of his best decisions. With that he had the money to realize his dream of a special medium for political junkies.

Growing up and well-wired in Washington, he set up Politico in 2007, which soon made a name for itself in the power metropolis of Washington with excellent journalists and many insider stories. The New Republic magazine wrote of Allbritton that he had “reshaped the way we conduct politics.” According to Allbritton, the portal has always been profitable.

Seven years later, Allbritton expanded to Europe and founded the European Politico edition out of Brussels. It was a joint venture with Springer, in which both sides held 50 percent. The European edition comes out weekly as a paper edition and also quickly found wealthy supporters among the political junkies in Europe. Today Politico has more than 700 employees in America and Europe.

Allbritton only bought the E&E information service in December

Allbritton, on the other hand, has turned his back on television: In 2014 he sold the Sinclair Broadcast Group for just under a billion dollars. At the time, Allbritton said he wanted to use the money to continue investing in Politico and other online media.

In contrast, Allbritton still sees a lot of potential in online media and specialized newsletters. It was only in December that Politico bought the information service E&E, which specializes in the energy sector. In addition, Allbritton was recently said to be interested in a takeover of the US competitor Axios, which was started in 2016 by two of the three ex-reporters from the Washington Post who founded Politico ten years earlier.

Even after the takeover, Allbritton plans to remain the publisher of Politico and Protocol, which Springer will also own. But his entrepreneurial streak is unlikely to come to a standstill with the sale.

More: Springer CEO Mathias Döpfner explains in an interview what he plans to do with Politico.