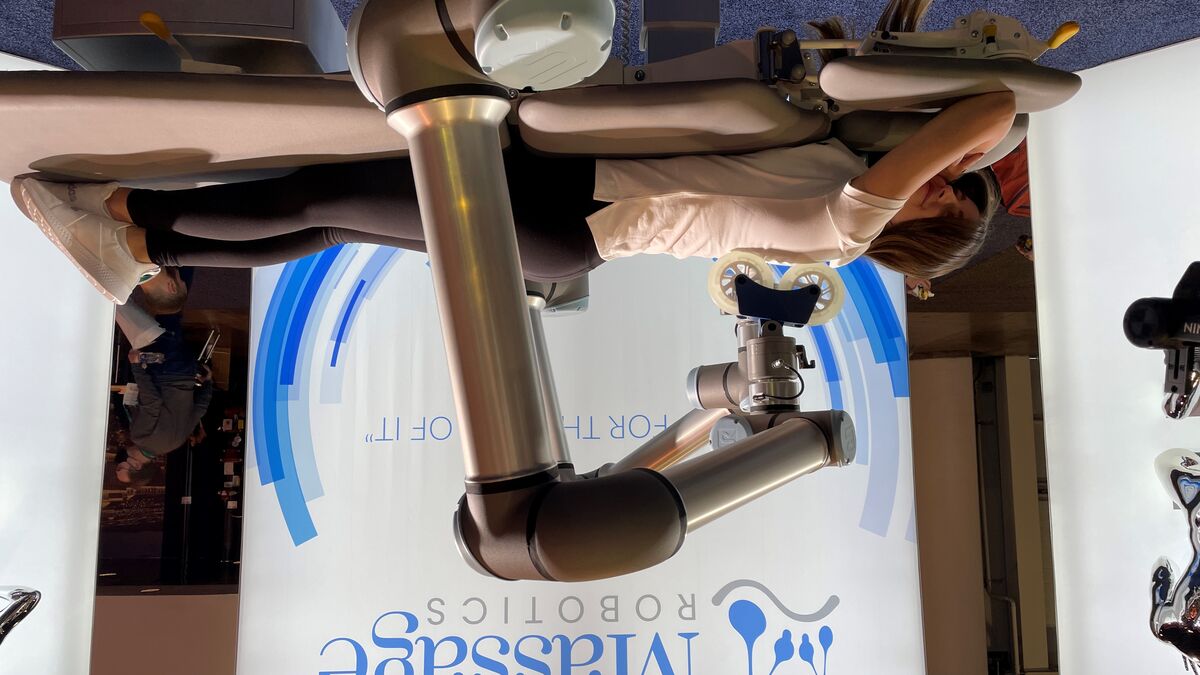 Despite the pandemic and a more compact edition, the CES show in Las Vegas has not deviated from its reputation as a fair for sometimes wacky innovations. There were certainly in the aisles real new tools to fight Covid-19, but also a little more offbeat projects. A brief overview, on the spot, of those who have marked us the most.

It was enough to see the queue in front of the booth of the Korean start-up to understand the craze around the Prinker, a portable printer that draws on the skin in a few moments. Awarded with an Innovation Award, this box connected to an application uses cosmetic ink to print on the part of the body that you want a symbol, a character or any other drawing from your imagination. The tattoo appears as if by magic and is removed the next day in the shower. The most affordable printer model, the Prinker M, sells for $ 200 with a cartridge that can produce a thousand tattoos.

Same crowd around a new kind of arcade machine. At the stand of the Israeli delegation, Cecilia AI takes orders for cocktails and interacts with the customer like a real bartender. It is obviously possible to order on the touch screen, but also, and above all, by voice. The avatar describes the recipes used, while waiting for the drink to prepare. Between two glasses served, it even simulates a quick cleaning of the counter. The device that never takes a break targets hotel and restaurant customers. Its designers promise the sustained rate of 120 cocktails per hour, if Cecilia is not too talkative.

A cap against hair loss

At each salon, its miracle solution against alopecia. The Capillus Plus cap uses light in the form of a laser to stimulate the hair follicle, the cavity where the hair takes root. The American company succeeded in having its product approved by the Food and Drug Administration, the regulatory authority. It promises results in two to four months, with regular use of the headgear. The experiment, not really validated by scientific studies, costs at least $ 650 for the base model.

Two large mechanical arms that unfold for an intensive massage session. The Californian company Massage Robotics relies heavily on its automaton to replace physiotherapists. Controlled by voice, the robot follows the patient’s instructions and modifies the pressure exerted. Several massage options exist with different tools including wheels that slide on the back. Reserved for practices, the device will be sold this year for nearly $ 300,000. Little chance that it will one day be reimbursed by Social Security.

A toilet that analyzes urine

Connected health demonstrated force during this 55th edition and sensors are slipping everywhere. The toilet seat from Olive Diagnostics wants to replace urine samples, especially for elderly people with a disease to follow on a daily basis. “A truly non-invasive system that allows permanent monitoring” emphasizes American society. The device detects red blood cells, proteins and even quantifies the duration, frequency and intensity of urine. The results are then compiled in an application accessible to physicians.

A pair of socks and two underwear or a baby bodysuit and panties. The NIX of the Chinese start-up Daily Nealy can handle a very small laundry in its miniature drum. It will have the significant advantage of cleaning and drying the laundry and does not require a water supply because it has a small independent tank. With its futuristic design and small size, it could help out but its price, 350 dollars, can be an obvious obstacle to the purchase.