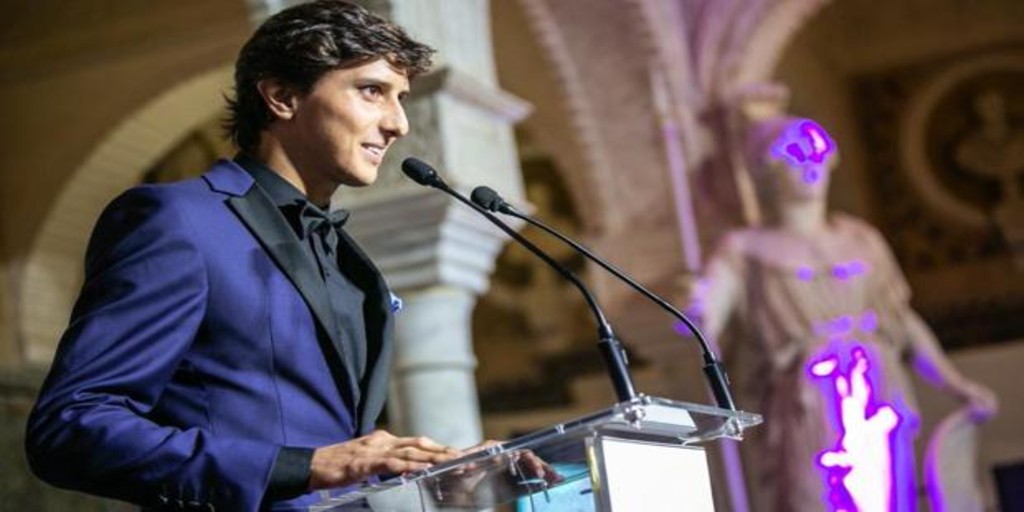 Andrés Roca Rey, figure of the arenas and the box office, has received in Seville the Showcase award for the bullfighting excellence. The Peruvian right-hander received last Friday the 24th the award given by said magazine at a social event at Casa PIlatos.

The Escaparate awards, one of the great festivals of Spanish social life with Seville as the protagonist, brought together through its alma mater, Mario Niebla del Toro, at Casa Pilatos to numerous known faces and friends of the magazine for a ceremony where excellence is awarded in different categories or to those people who become an aspirational icon for the rest of society.

In this XV edition, the posthumous awards of honor have gone to Carlos Falcó and Fernández de Córdoba, Marquis of Griñón, and Countess Beatrice von Hardenberg and Princess Zu Fürstenberg.

The gala made a very special nod to the April Fair, which has not been held for two years. Thus, the bullfighting prize went to the Peruvian Andrés Roca Rey and the cattle ranch prize to Juan Pedro Domecq y Morenés.

For his part, Andrés Roca Rey, wanted to thank all the attendees for this distinction, declaring his love for this land, that “despite not having been born in Seville, I feel that it is my adopted land“And said goodbye to all those present after collecting the prize, remembering that the next day he was fighting” in that square and so beautiful and magical city. ”

At rest of winners The award for Fine Arts stands out for the singer Estrella Morente; that of television, for the actress Ana Duato; the communication one, for the designer Josie; the film, for Antonia García San Juan; the honorary ambassador of Andalusia, to Sandra García-Sanjuán Machado, founder of Starlite Festival in Marbella, and the Sevillian honor award, to the hospitality entrepreneur Anselma Giménez Fernández, among others.