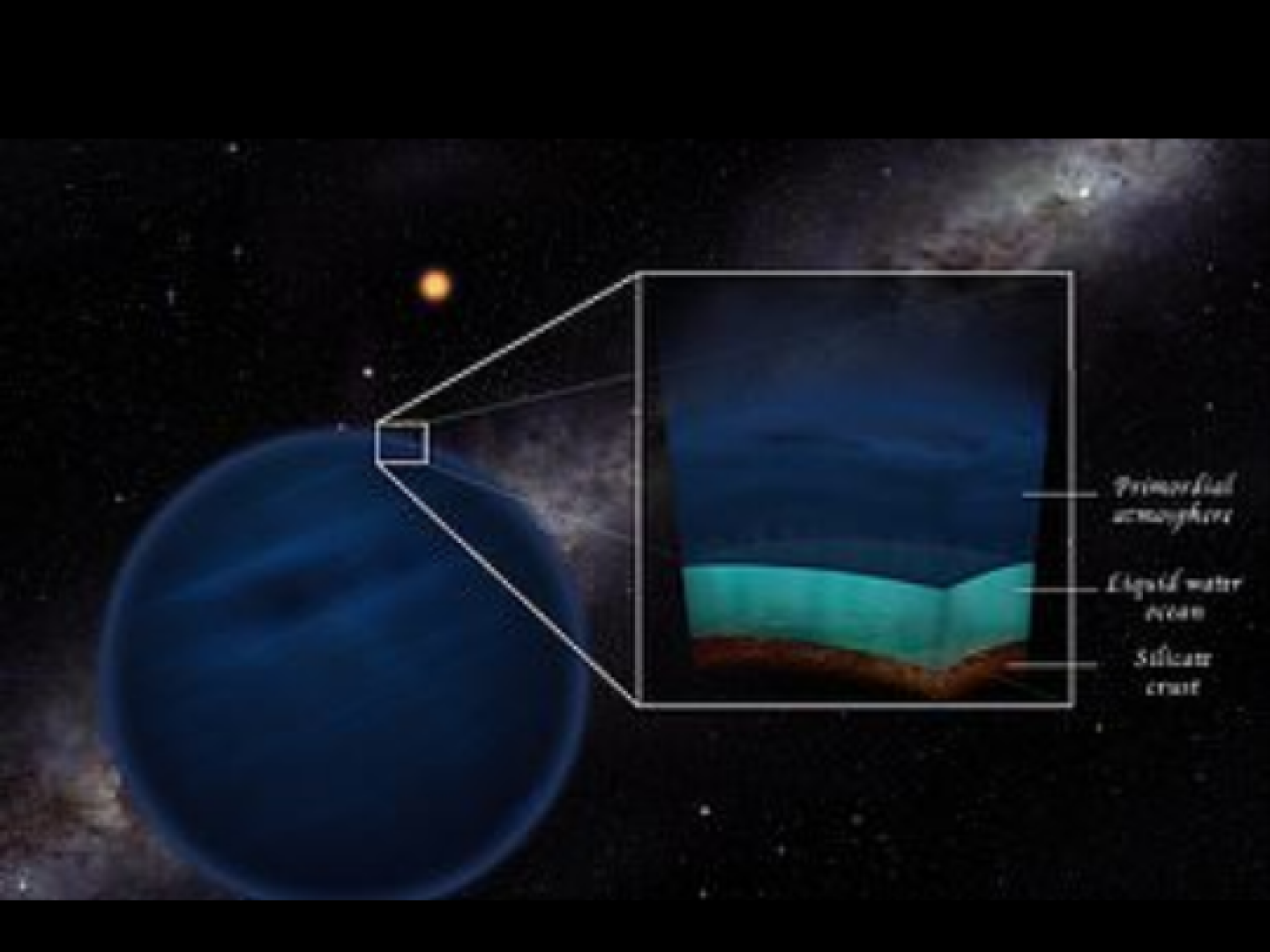 The researchers say that rocky exoplanets with atmospheres dominated by hydrogen and helium have surfaces warm enough to host liquid water.

The presence of liquid water is “fit for life”, so these planets could provide habitable conditions and exotic habitats for perhaps up to 8 billion years.

The new study was led by researchers at the University of Zurich in Switzerland and published today in the journal Nature.

They say these planets are likely “not much like our home planet” and may host organisms under very high pressures.

“Life on the type of planet described in this work would survive under conditions substantially different from most life on Earth,” the authors say.

Surface pressures in the study results range from 100-1000 bar, which is the pressure range for ocean floors and trenches, but there is no theoretical limit to the pressure on life, and some of the most extreme examples in the Earth’s biosphere thrive at around 500 bar.”

Billions of years ago, the early universe contained only hydrogen and helium, gases that were readily available in the constituent materials of planets around young stars, such as our sun.

Therefore, all the planets formed atmospheres that were dominated by these two elements, including planet Earth.

“When the planet first formed from cosmic gas and dust, an atmosphere composed mostly of hydrogen and helium, which is called the primordial atmosphere,” said study author Ravit Heald from the University of Zurich.

However, over the course of their evolution, rocky planets including Earth have lost this primordial atmosphere in favor of heavier elements, such as oxygen and nitrogen.

However, other, more massive planets can accumulate much larger primitive atmospheres, which can hold them indefinitely in some cases.

Such massive primordial atmospheres can also cause a global warming effect, such as the Earth’s atmosphere today.

So we wanted to see if these atmospheres could help create the necessary conditions for liquid water.

For the study, the team modeled nearly 5,000 exoplanets, some bound to its star and some free-floating, and simulated their evolution over billions of years.

The researchers took into account not only the properties of the planets’ atmospheres but also the intensity of their stars’ radiation as well as the planets’ internal heat radiating outward.

While this geothermal temperature is present on Earth, it plays only a secondary role to conditions at the surface, and can contribute even more to planets with massive primordial atmospheres.

Conditions for maintaining exoplanets on a temperate surface

The results suggest that depending on a planet’s mass and how far it is from its star, these planets can maintain a moderate surface environment for up to 8 billion years, provided the atmosphere is thick enough, 100 to 1,000 times thicker than Earth.

“What we found is that in many cases, the primordial atmosphere was lost due to intense radiation from stars, especially on planets close to their star,” said Marit Mole Loos, a doctoral student and lead author of the study.

“But in cases where atmospheres remain, the right conditions for liquid water can occur.”

“In cases where sufficient geothermal heat reaches the surface, radiation from a star such as the Sun is not necessary until conditions at the surface prevail that allow liquid water to exist.”

“Perhaps most importantly, our results show that these conditions can persist for very long periods of up to tens of billions of years.”

Kwon Soon-woo loses to Djokovic, who is aiming for his 7th career title, and is eliminated in the first round