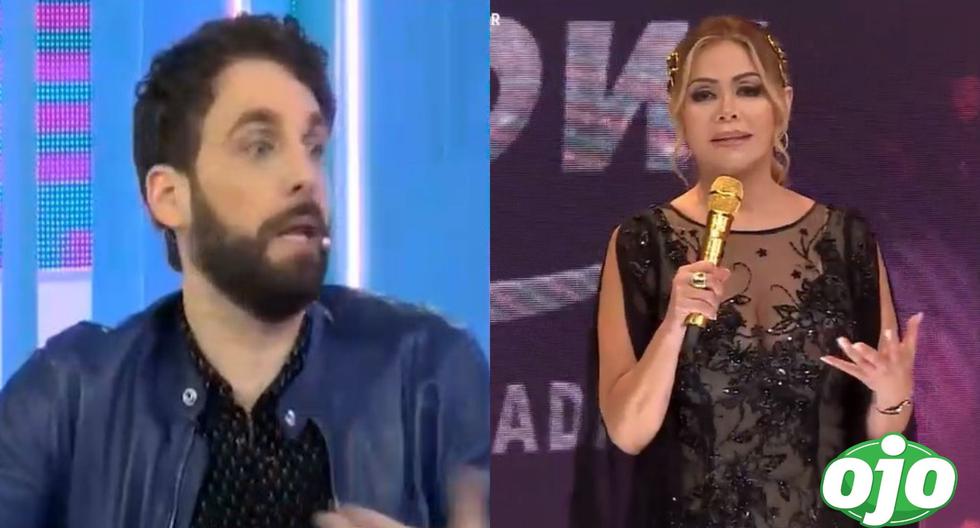 Driver Rodrigo gonzalez mocked the styling of Gisela Valcárcel in the last gala of “Queens of the Show”. During the program “Love and fire” on October 11, ‘Peluchín’ assured that the ‘little lady’ is stopped in time.

“Why are they doing that harm to the ‘Pharisee’? That hairstyle and that dress! No! What a pity! But who are your advisers, who are wearing your outfits, ‘farisela’? Look at what he puts in his head, but nothing to see, besides on what planet do they use that ”, Rodrigo González commented.

The driver highlighted that Gisela Valcárcel wins well and could buy more dresses: “You have once a week, you have every day to think about what beautiful clothes you are going to wear, a show so seen on the weekend in prime time, win a silver egg and put on that eyesore”.

“Fatal finishes, horrible fabric quality. I don’t know, Gigi, I don’t think it suits her, that Princess Leia hairstyle ”, he criticized the host of “Amor y fuego”, who recommended that he go out in a robe.

Likewise, Rodrigo González compared Gisela Valcárcel with Thalía’s look in the 90s: “And the golden mic. Do you know what Gisela reminds me of? Thalía in the Yellow-Blue era, in ’91 she has stayed, she needs to put margaritas on the bus and you are Thalía, but from the 90s […] Nothing to do with its aesthetics, it is stopped in time ”.

‘Peluchín’ was even encouraged to recommend to the ‘little lady’ that she travel to Miami to buy dresses from certain brands. “Balmain? Yes, Gisela could buy it for her, she can afford it. What is in the window, in the world, is one of the conductors of the most viewed in our country, how many years on television, the image also matters a lot and she feels that I am watching 93 on TV when I turn it on ” , sentenced.