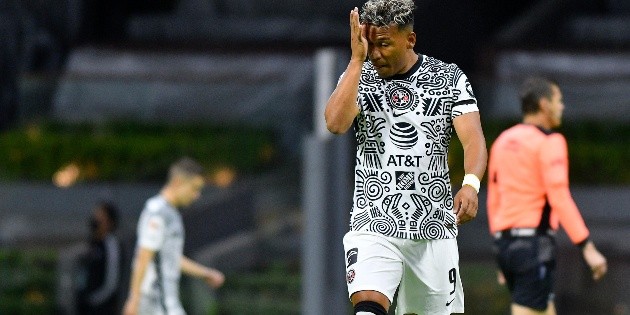 Roger Martinez he is embroiled in a new conflict. The Colombian player has been singled out in his country for legal problems related to an alleged denial of paternity towards the five-year-old son of a woman named Maria Jimenez Gideon, which has sought to validate the blood bond between the two through a DNA test that would have a high compatibility between the child and the Tank.

“My son underwent a DNA genetic marker test on December 31, 2020, and it showed 99.9% compatibility with Mr. Roger Martínez; the evidence was provided and practiced by court order of the Fourth Family Judge on September 16, 2019, but for all the excuses that Martínez presented, it was made more than a year later “, said Jiménez.

For allegedly denying paternity, the renowned Colombian footballer is in legal trouble @ rogermartinezt9. Martínez objected to the results of a DNA test that certifies that he has a five-year-old son with a Cartagena woman. pic.twitter.com/qXIuI4VdSV


Maria Jimenez is waiting for the Fourth Family Court pronounce directly and immediately, this in order that the legal process that has been filed does not delay any longer, since it claims to have tried to solve the conflict for three years even through dialogue with Roger.

“So far they have not given us an answer about the objection, but we have had too much patience waiting for a response from the court, I do not know what reasons they have to make this process go at a snail’s pace. We are waiting for the judge to rule on this objection made by his attorney, and with it, the child will be recognized, to give him his support, which is the purpose of the claim, in addition to defining the legal personality. They are violating my son’s rights “, he shared, adding that “It is not the first time that these slow processes have been seen, at first I wanted to do it through dialogue, but I did not get results, and all this has been tedious and slow, but I require that the court expedite my child’s case, it has been two exhausting years being behind the courts and from hall to hall, and it is that his rights are being violated “.


At the moment, there is no official position on the part of Roger Martinez, who is expected to report on June 21 to America’s preseason.