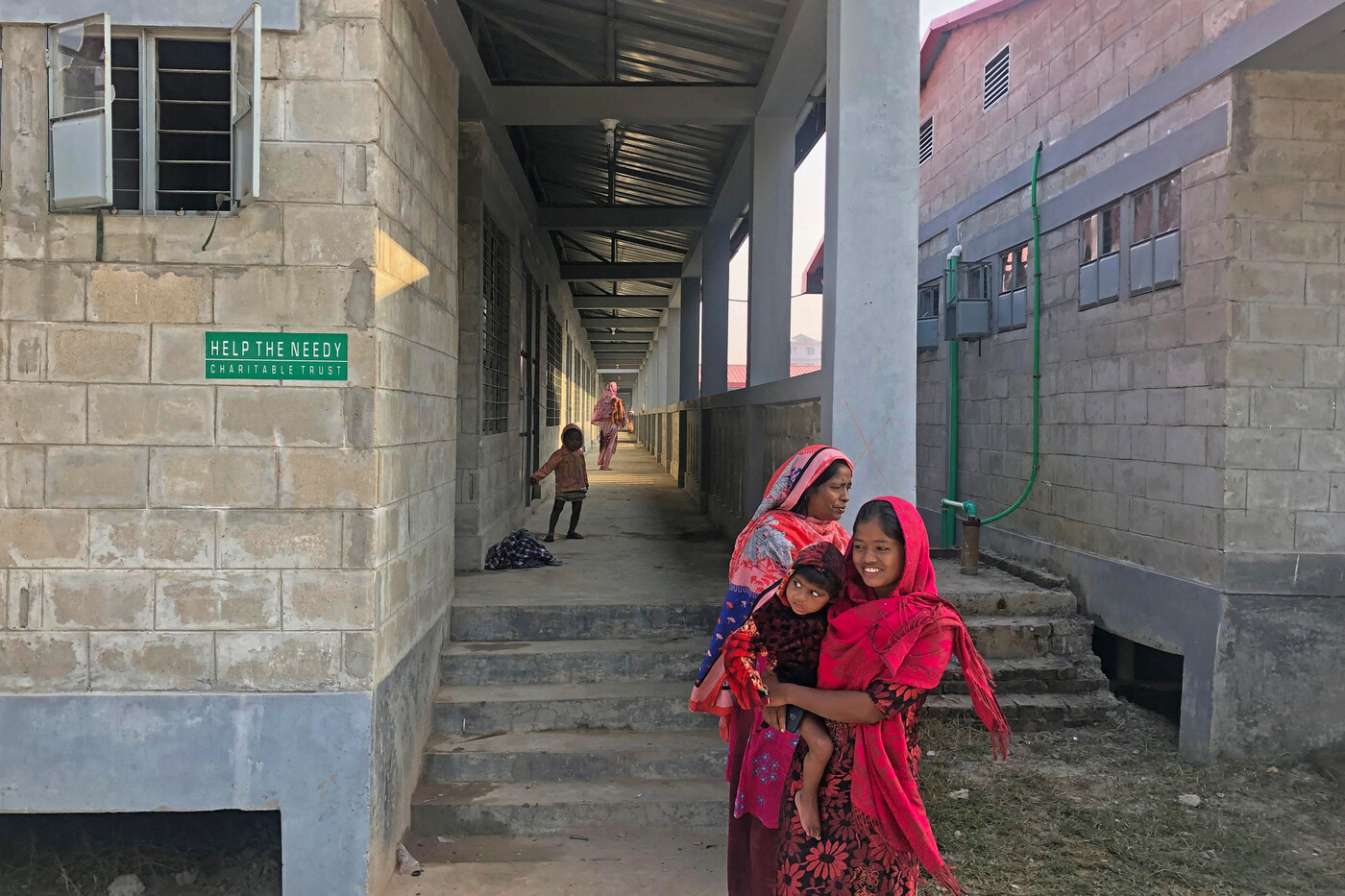 Since December 2020, more than 18,000 Rohingya refugees have been displaced from the overcrowded camps of Cox’s Bazar in the far south of Bangladesh to Bashan Char Island. Transfers that would have been made « without their consent complete and enlightened “. This is the observation established by the report of 58 pages of Human Rights Watch (HRW), published Monday, June 7.

Rohingyas living there denounce health and educational structures “Inadequate” and the inability to leave the island. Others fear that the monsoon, which begins in June, could expose them to flooding during tidal waves.

An island far from medical care

« The island is located in the Bay of Bengal, where some of the world’s most severe storms occur »says Meenakshi Ganguly, South Asia director of Human Rights Watch. A spokesperson for the prime minister’s office said, however, that 80,000 Rohingyas would soon be transferred to the island. The government says the island is safe from cyclones and its facilities are much better than those at the Cox’s Bazar camps.

« If the government has declared that the island was protected by dikes, no expert was allowed to assess their effectiveness, deplores Meenakshi Ganguly. Or, placing people on an island where essential medical supplies and care are only possible from the mainland – several hours by boat – means they could be left behind in bad weather. »

The “temporary” drags on

In May 2020, a first wave of refugees was brought to the island. The measure that should, at first, remain “Temporary”, repeated. From December, the Bangladeshi authorities began transferring thousands of refugees to camps on the island. « If the objective of the relocation was to reduce demographic pressure in the camps, it should only be carried out after checking the habitability and security of the island ”, D Meclare Meenakshi Ganguly.

For the High Commissioner for Refugees (UNHCR) Communications Officer at Cox’s Bazar, Louise Donovan, refugees need to settle on the island in a « voluntary and enlightened ”. And above all that they can « move freely in order to maintain links with their families. “ In recent weeks, dozens of them have been arrested after fleeing the island.

Le 31 mai, thousands of refugees protested against their living conditions during the visit of a delegation of United Nations representatives. On this occasion, several women and children were injured. Meenakshi Ganguly is particularly worried about the latter: “We have seen cases where a baby has died because he did not receive proper care. A woman died in childbirth. Due to a lack of hospitals on the island, she could not be transported to the mainland in time. “

Following the Human Rights Watch report, Bangladesh Foreign Minister AK Abdul Momen responded: “If they feel so much sympathy, let them bring them back to their country”, added the minister to the address of the NGO. “I am sorry that we cannot offer better facilities, we are not a rich country. We cannot afford to do more. “

→ ANALYSIS. Burma: the ruling junta, a nightmare for the Rohingyas

Most Rohingya refugees fled Burma on August 25, 2017, when the army launched a violent campaign of “ethnic cleansing”. More than 740,000 people have been forced to flee to Bangladesh. And, the coup d’etat of 1is February 2021 in Burma, has definitely clouded any hope of a return.