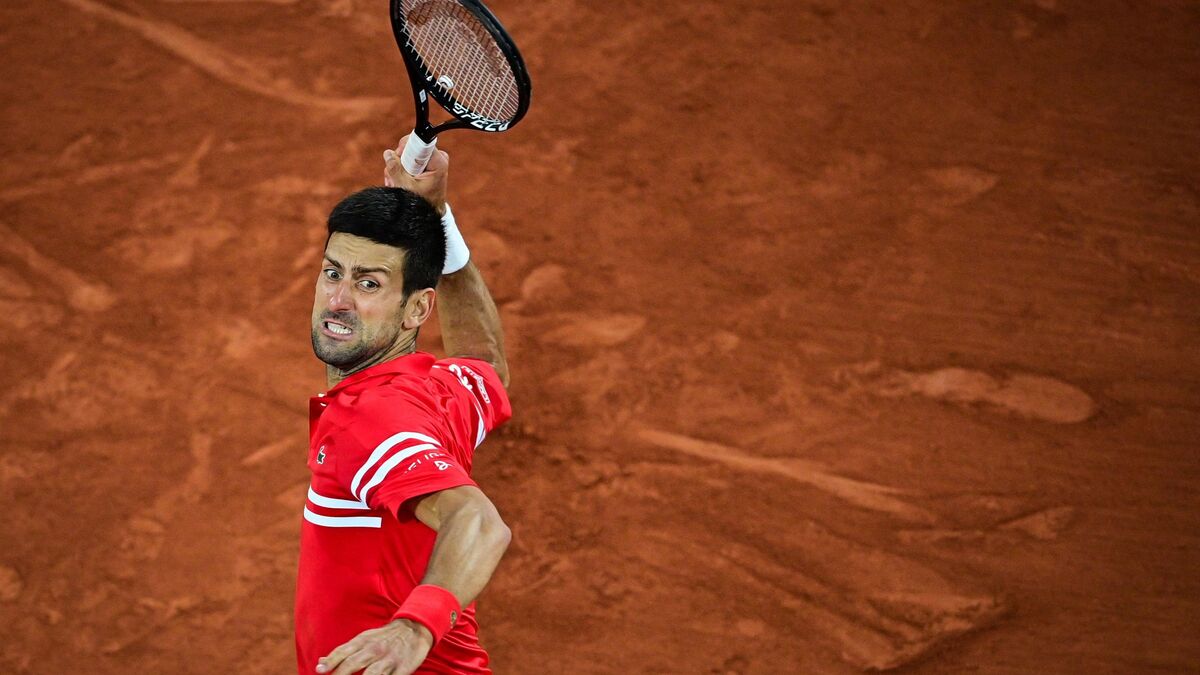 A bestial cry that tears the silence of a late evening behind closed doors, an angry grin, bulging eyes… The image of Novak Djokovic after his match point against Berrettini on Wednesday night will remain among the highlights of the tournament . Symbol of the rage to win which animates the world number 1, opposed in the semifinals to Rafael Nadal. This Friday, the Serbian, 34, will go in search of a second victory in nine confrontations with the almost invincible extraterrestrial at the Roland-Garros Central.

One more challenge for this being thirsty for extraordinary performances, who is aiming for an 18th Major in Paris (against 20 for Federer and Nadal). And an obsession that does not date from yesterday. At 7 years old, little Novak was interviewed on national television. “Is tennis a profession or just a little bit for you?” », Asks the presenter. “Tennis is my job,” he replies confidently. “And what is your goal? “” Become a champion! “

Instead of tackling the tennis mountain, the kid could have contented himself with hitting the ski slopes with talent alongside his two younger brothers, Marko and Djordje, with a sacred heritage (father, uncle and aunt professionals for the former Yugoslavia). The winner of Roland-Garros 2016 even grew up in a resort in the Serbian massifs, Kopaonik, a four-hour drive south of Belgrade, which his parents left in 1989, when he was two years old. Srdjan, his father, had sensed there a good professional opportunity in a country then still united. And intact.

The little yellow ball quickly seduces little Novak. The legend begins to be built at the same time as the construction of three tennis courts within easy reach of the pizzeria, the crêperie and the family shop. And the arrival of a summer tennis camp hosted by Jelena Gencic, former Yugoslav glory who notably unearthed Monica Seles.

From the height of his five years, “Nole” arrives on the field with a real professional bag (towel, wrist, water, banana…). “I was already a competitor,” he explains. Perfectionist. Relentless. Gencic, who died in 2013, quickly realizes that she is holding a nugget, whose eyes light up when the name of her idol, Pete Sampras, is mentioned.

On the third day of the internship, she confided to Djokovic parents that they had “a golden child” and began her tennis and human education, opening it up to music or poetry. Shapes the future master of the world until he is twelve years old and his departure for Germany, at the academy of Niki Pilic, finalist of Roland-Garros in 1973. After an episode which will forever mark the course of the teenager and define much of his champion mentality.

Confined to the sound of sirens and shells

On March 24, 1999, Djokovic was in Banjica, a residential area in the south of Belgrade, in his grandfather Vladimir’s apartment, when NATO forces began bombing Serbia. After a week of confinement to the sound of sirens and shells, he resumed training by choosing areas already targeted in an attempt to minimize the risks. The nightmare will last until June 10. Seventy-eight days of hell and incomprehension.

“We heard the sound of planes coming to bomb us every day,” he said. There was tremendous noise in the city all the time, all the time. When I hear a loud noise, even now, I am a little traumatized. “Last year, for the American program” In Depth With Graham Bensinger “, the winner of the Australian Open 2021 returned to sit on his grandfather’s sofa to reopen a book with funny ailments.

“We lived 500 m from his house, but the whole family spent their nights here because we didn’t have a basement in our building,” he said. I celebrated my twelve years at the Partizan Belgrade club, seeing the planes pass by. You are disarmed, there, on the ground, and you tell yourself that someone can throw a bomb and that you will disappear. It is one of the most traumatic experiences one can have. No one can forget. But somewhere, that’s what allowed me to become who I am. “

A champion hungry for records and recognition, proud to fly the red-blue-white flag and the double-headed eagle on the peaks of ATP. “It made me even more eager to find my place, to represent my country, to send messages through my sport. I will never forget my return to Serbia after my first victory at Wimbledon in 2011 and my rise to first place, he sums up. I understood that everything I was doing was beyond myself. There is a whole nation behind me… ”