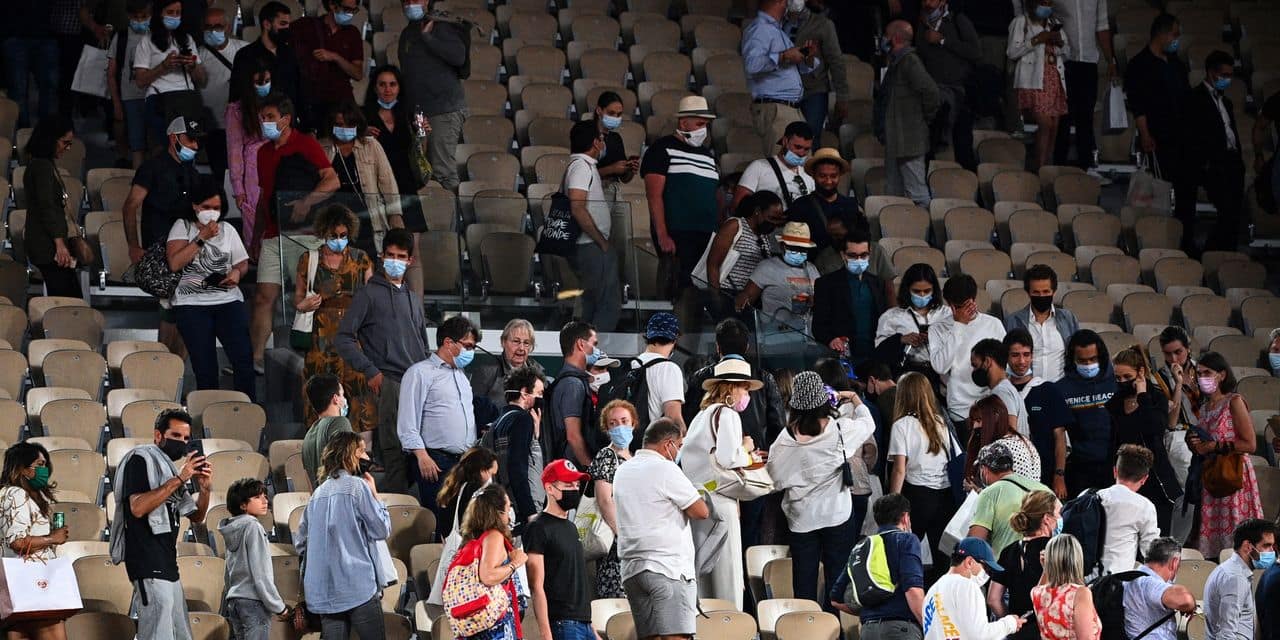 This Wednesday evening, the match between Djokovic and Berrettini was interrupted shortly before 23:00 in order to allow the spectators present to evacuate the court in order to respect the curfew in force in France.

For the first time since the start of the tournament, the public had been allowed to attend the “night session” match. If Djoko quickly took the advantage by leading 2 sets to 0, the Italian, with the help of the public, managed to win the third set in the tie-break. At 3-2 for the Serbian in the 4th set, the match was stopped, the audience evacuating the stadium chanting “Matteo, Matteo”. The world number 1 finally got rid of Berrettini, 9th in the ATP standings on the mark of 6-3, 6-2 and 6-7 (5/7), 7-5 in 3 hours 28 minutes of the match.

The game ended without its 5,000 spectators, despite the decline in the curfew in France from 9 p.m. to 11 p.m. The meeting was interrupted for a good fifteen minutes at 3-2 in the 4th set for Djokovic to evacuate the short Philippe Chatrier at the fateful hour. The players had already faced each other since 2:56 am. 2020 finalist, Djokovic is aiming for a 19th Grand Slam title to get closer to the record of Roger Federer and Rafael Nadal (20). Novak Djokovic will find on his way to the semi-finals the Spaniard Rafael Nadal, 13 times winner on Parisian clay.

The first announcement did not cause massive departures from the stands. A second announcement at 10:45 pm – “The curfew going into effect at 11:00 pm, ladies and gentlemen please make your arrangements” – was greeted with “we will stay! We will stay!” rising louder and louder from the stands where thousands of people still remained.

“We paid! We paid!”, They chanted again later. But at the next change of ends, at 10:55 p.m., play was halted and the players briefly left the court for the audience to evacuate completely.

“The game is suspended, we are waiting for you to clear the stands. The game will resume behind closed doors,” announced the announcer.

“We paid 500 balls for two thirds of the match, it is unacceptable. In this case, we had to start at 19:00”, railed a spectator leaving the stadium with his wife and their two children.

At 11:05 p.m. a new announcement sounded: “Ladies and gentlemen, closing the stadium doors to the public”. Only accredited people could now stay.

The players returned to the court at 11:10 pm and the match resumed after three minutes of warming up.

On social networks, the measure is not unanimous. For some, the management of this tournament is simply outrageous. Others question the rules applied by Roland Garros, such as this Internet user who wonders: “The rules are the rules, but are they the right ones?”